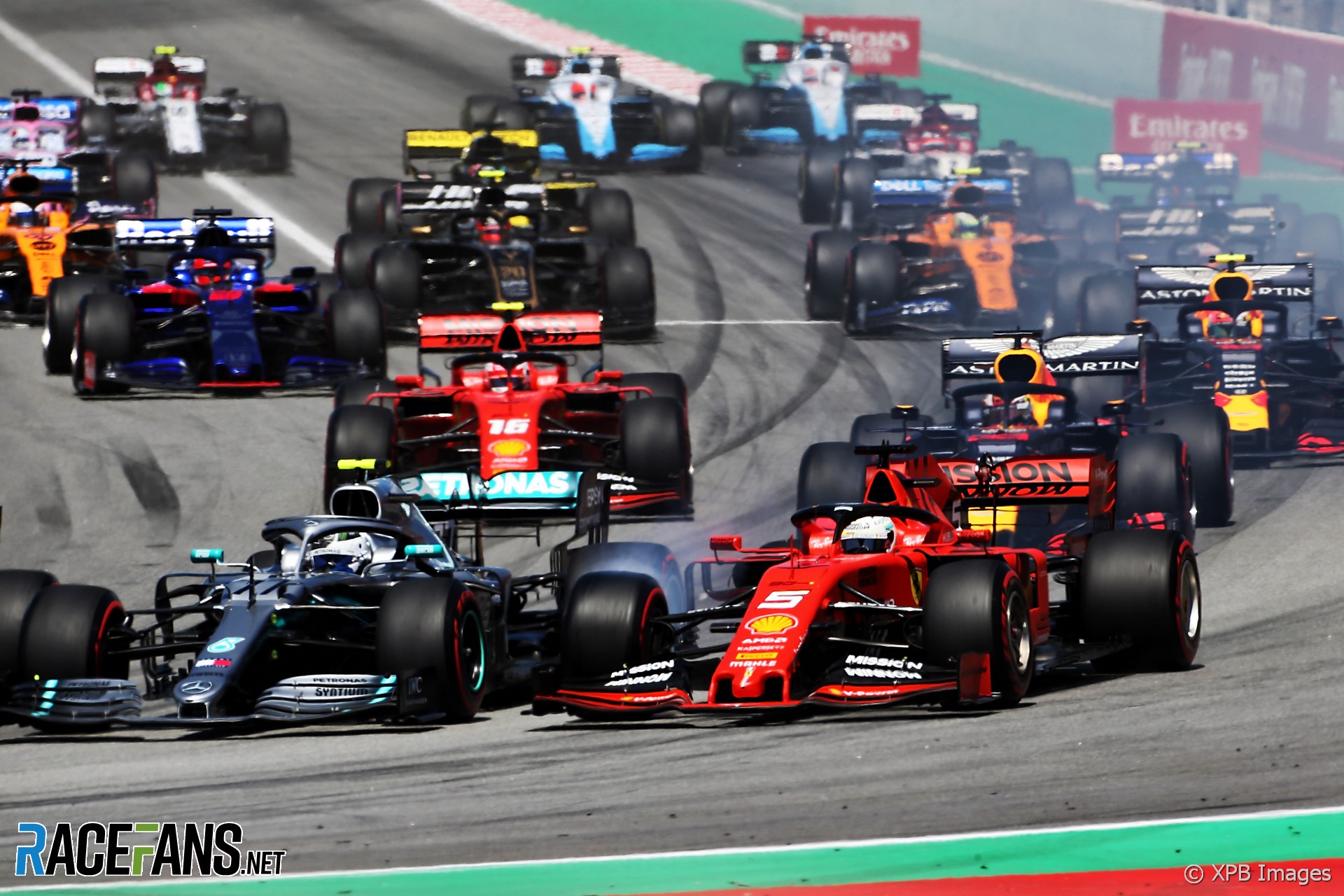 Formula 1 is arguably the world’s most complex annual sporting block. No other global activity is contested across 22 different territories by 20-plus competitors potentially representing as many nationalities, with not one but two world champions (individual and team) being crowned after an arduous season.

While Moto GP has a similar structure, four of its 20 events are held in the same country (Spain) and it does not come close to F1 in the popularity stakes. Formula E, WEC and the World Rally Championship are also far adrift, regardless of metrics. NASCAR’s whopping 36 rounds are contested solely in North America.

Adding to this complexity is F1’s foundation, comprising four distinctly different pillars: sporting, technical, commercial and regulatory. These all reinforce each other yet can conflict – and all too often do.

The FIA argues, rightly, that it is the administrator and regulator, while commercial rights holder Liberty Media argues (logically) that it can only monetise a sound product, while the teams need to profitably build and race cars. ‘Twain’ and ‘meet’ spring to mind, but amazingly consensus is eventually reached, usually, though, via torturous means.

Still, no other sport has an enterprise valuation of $8 billion placed upon it, if only because none other has traded as openly. CART tried listing in the eighties and came horribly short, yet F1’s share price keeps rising – so Liberty and F1 must be doing some things right.

All these factors feed F1’s fascination. Yet it has a fickle and critical mainstream audience, one mainly rooted in the past and thus aging by the season. F1 faces other significant challenges to growth and diversification. Other sports require bats and balls, but the F1 equivalent is essentially a fossil-fuelled motor car – albeit a highly sophisticated piece of kit which has no equal in the sporting world.

Therefore F1 faces two choices: adapt or die. Of course the latter is no option for a sport with a fan base measured in hundreds of millions, plus its market capitalisation. Thus ‘all-change’ provides the only way forward, and that is precisely what the FIA and Liberty Media have in mind for the 2021 F1 season via a number of swingeing regulatory and structural changes.

In short, almost every aspect of F1 as we know and love will change, though some more than others. The 2021 technical and sporting regulations were published at the end of October 2019 while a whole new game plan – financial regulations – was introduced simultaneously. However, due to their complexity, a number of ‘clarifications’ in all three categories are expected prior to the 2021 season-opener.

In addition, F1’s inequitable revenue structure – the prize and bonus money table – will be totally overhauled. Its unwieldy governance process, which unashamedly favours major teams, is up for a total revamp, and not only due to complexity: the EU Commission only stopped short of a full-scale investigation after official complaints were withdrawn.

While progress has been made, the processes are far from complete, and thus 2020 promises to be a lively year for an already busy activity. Plus, the 2020 F1 calendar features a record 22 races, with one returnee and a new fixture: Netherlands and Vietnam respectively. So, what is in store for F1 as the sport gears up for all-change in 2021?

The construction of the 2021 F1 calendar will naturally attract plenty of attention. Expect Spain, which has a one-year deal, to drop off unless Catalunya’s government undergoes a change of heart and provides the funding or Liberty generously agrees a bargain basement fee.

That race is in the same situation as Germany’s round was 12 months ago. Germany may attempt a comeback, but Liberty has sufficient other options.

There is talk of Saudi Arabia and Miami (finally) being added. The former could begin on a street circuit in Riyadh while a track at the ginormous Qiddiya entertainment city – originally revealed by RaceFans – is completed. Meanwhile sources are optimistic that a deal at the North American venue will be tied down.

Intriguingly, while talk is of an eventual 25 grands prix per annum, draft documents seen by RaceFans show that Liberty may unilaterally expand calendars to 24 events, with 25 rounds requiring unanimous team consent. Thus, expect a maximum of 24 next year, likely 23.

Although the driver market was enlivened by contractual extensions of Charles Leclerc and Max Verstappen at Ferrari and Red Bull respectively, future movements depend upon the whims of Sebastian Vettel and Lewis Hamilton. Should both choose to remain with their current teams that will limit choices for drivers further down the order; if not, expect fireworks.

Although largely sorted, the 2021 Sporting Regulations may be amended until 20 days before entries for 2021 open, provided these amendments do not – as the FIA International Sporting Code quaintly puts it – “change the balance of performance of automobiles”. Although the 2021 entry date has yet to be announced, it could be as late as the end of November this year.

An alternate governance structure (Concorde Agreement) would supersede the ISC, but one still needs to be formalised. Either way, there is still a window for various changes until governance is in place, so the 2021 race weekend format could change. That includes qualifying procedure, and F1’s motorsport director Ross Brawn has indicated he hasn’t given up on the possibility of holding reverse-grid qualifying races at some rounds.

However, expect current regulations to undergo few changes save for any safety-related issues, or where clarifications to track limits, flag usage and such are required.

As indicated above technical regulations which do affect the balance of performance between the cars may not be changed for 2021 – that window closed on 31st October 2019 – so major changes will be restricted to clarifications and/or cases of ambiguity, although minor changes could be subject to governance provisions. Expect plenty of lively debate as teams explore the limits of the regulations.

With the new regulations providing for five parts categories – Listed (as per present), Standard (single supplier via tender), Prescribed Design (free supply to specification), Transferable (shared between teams), and Open Source (self-explanatory) – the exact categorisations may come under further scrutiny. Equally, expect a number of new tenders to be published during the course of the year.

While teams belatedly decided to retain the 2019 tyres for this season, this is another area which will be all-change for 2021 as 18-inch wheels are introduced. All teams are said to have signed up for duty with suitably modified cars, and an equitable flow of information from those tests will be absolutely critical.

New for 2021, these require plenty of fine tuning. Voluntary dry run procedures are in place using 2019 financial records, to be submitted by the end of June. Further runs will follow using 2020 data, with submissions due in early 2021. It will be fascinating to see which teams provide which levels of information.

Equally, major teams may need to reduce staff levels due to the incoming 2021 budget cap, so redundancies are possible. Independent teams who are already well within the $175 million cap may snap up some staff, but what about the rest?

With the five parts categories outlined above forming a crucial part of cost-saving, expect the implications to be dragged into these discussions, particularly as stringent penalties could apply. That should be interesting: accountants versus engineers!

The elephant in the room: How to equitably divide F1’s billion-dollar prize money pot amongst 10 teams, headed by some of the most competitive people on earth? Basic tenets are in place, known as Columns 1 and 2 – the former being 50 per cent of the basic pot divided equally amongst the top ten finishers, the latter paid on a sliding scale based on performance. But the division of the bonus pot ($350m) remains a prickly subject.

The proposed 2021 split was provided to teams in mid-November as revealed by RaceFans. As expected, this provided a precursor to much horse trading, with bigger teams pushing for larger slices. They, of course, have the most to lose for they currently have bonus guarantees, but Liberty is expected to stand firm.

The net outcome is that some teams could choose to exit, and point to F1’s revenue distribution as reason for their decision, as some manufacturer teams did in 2009. But the flip side is that F1 will cost less under the Financial Regulations, which provides an incentive to stay. Car company boards would like their F1 programmes to be revenue neutral, so will push Liberty accordingly.

The target sign-off date of what will be known as the new 2021-25 Concorde Agreement is 31st March 2020. But of course the bean counters are now involved…

An equally complex conversation, for F1’s governance determines the overall health of the sport. A broken process, as per the current structure, results in the sort of bickering and indecisiveness to which we have all grown accustomed. Bernie Ecclestone’s legacy – certainly as CEO under F1’s previous owner CVC Capital Partner – is of a fractured and fractious F1, and Liberty have every intention of managing F1 differently.

That will not be easy to attain, for various forces are play. The FIA needs to stand firm; Liberty needs to ensure its voice is heard and its objectives achieved; and 10 (and potentially more) teams – all with disparate business models and objectives and privileges – need equitable and responsible input into the overall process in order to retain their ongoing stability.

As with the revenue structure, the outline framework was distributed to the teams in mid-November with sign-off targeted for the end of March. But team lawyers are now involved and already some teams have suggested that the process be delayed a year, and not because they felt disadvantaged under the present process. The agreed governance provisions will be enshrined in the 2021-25 Concorde Agreement.

Once the revenue and governance discussions have reached their logical conclusions, the teams will be faced with the eternal question and internal dilemma: Sign up to Liberty’s vision for F1, or walk?

While independent teams are fundamentally committed to F1 – if only due to a lack of alternative options – manufacturers have possible motivations to leave. Fossil-fuelled sport is perceived as dirty and is expensive, and the playing field will be levelled under the budget cap.

That said, unlike previous agreements that committed teams to F1 for extended periods – currently 2013 to 20 – draft documents seen by RaceFans provide for teams to give notice by March 31st to exit at year-end, encouraging them to at least give new-look F1 a crack on a year-by-year basis. That is, of course, no way to run a team, but expect Mercedes, Renault, Honda and Haas to consider all their options.

Thus, do not be surprised should one or two not sign up with Liberty, either shutting up shop entirely or selling to optimistic folk who believe they can beat odds of 10:1 of surviving F1.

However, certain teams, including Panthera F1, are determined to enter F1 regardless, so expect the FIA’s new entry process to open once Concorde Agreements are signed and teams committed for at least a year (or not). One stumbling block here, though, is the mooted $200m ‘anti-dilution’ entry fee, which could well be tested at EU Commission level on anti-competitive grounds.

FIA President Jean Todt’s current mandate expires at the end of 2021, as (allegedly) does F1 CEO Chase Carey’s contract. Todt has indicated he does not intend to seek a fourth term, and hopeful successors will already be making their plans.

Despite 2020 being the final year under current regulations and covenants, the foregoing suggests it will be far from quiet – featuring political and regulatory debates aplenty, the possibilities of exits and new blood entering the sport. Plus, who knows, one or two bombshells on the driver market.

So however lively the track action may prove, one thing is absolutely certain: F1 will be in the headlines during 2020.