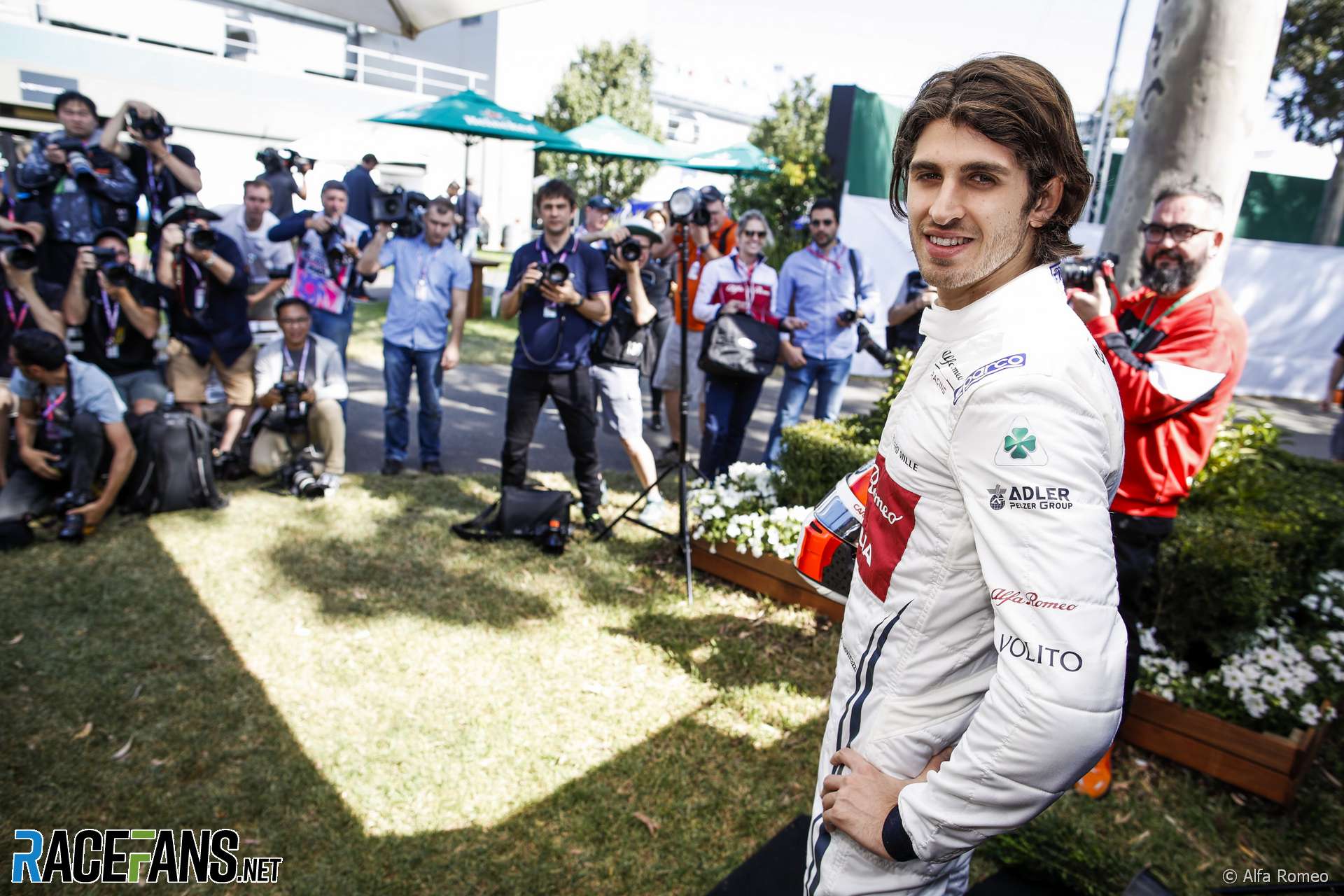 Antonio Giovinazzi expects he will be much better prepared for the first race of the 2020 F1 season compared to last year.

The Alfa Romeo will make his third Australian Grand Prix start in March. However his first appearance in the race came at very short notice when he was called up to substitute for Pascal Wehrlein in 2017.

After starting just one more race Giovinazzi spent much of the following two years driving Ferrari’s simulator. But he made rapid progress over the course of last season when he returned to competitive racing.

“Of course I still need to improve some points,” Giovinazzi admitted. “I learned a lot in his first season.

“I’m sure in the second season in Melbourne I would be much more ready than what I was in Melbourne 2019. So I want to just be consistent next year, try to get points every weekend and then it will make the difference at the end of the season.”

Giovinazzi expects the continuity in the technical regulations between 2019 and 2020 will help him make progress, but is predicting another tight scrap in the midfield.

“I think the cars will be quite similar,” he said. “Especially the midfield will again be really close. So it will be a tough season but we will work really hard in the winter and try to achieve the best from our car.”