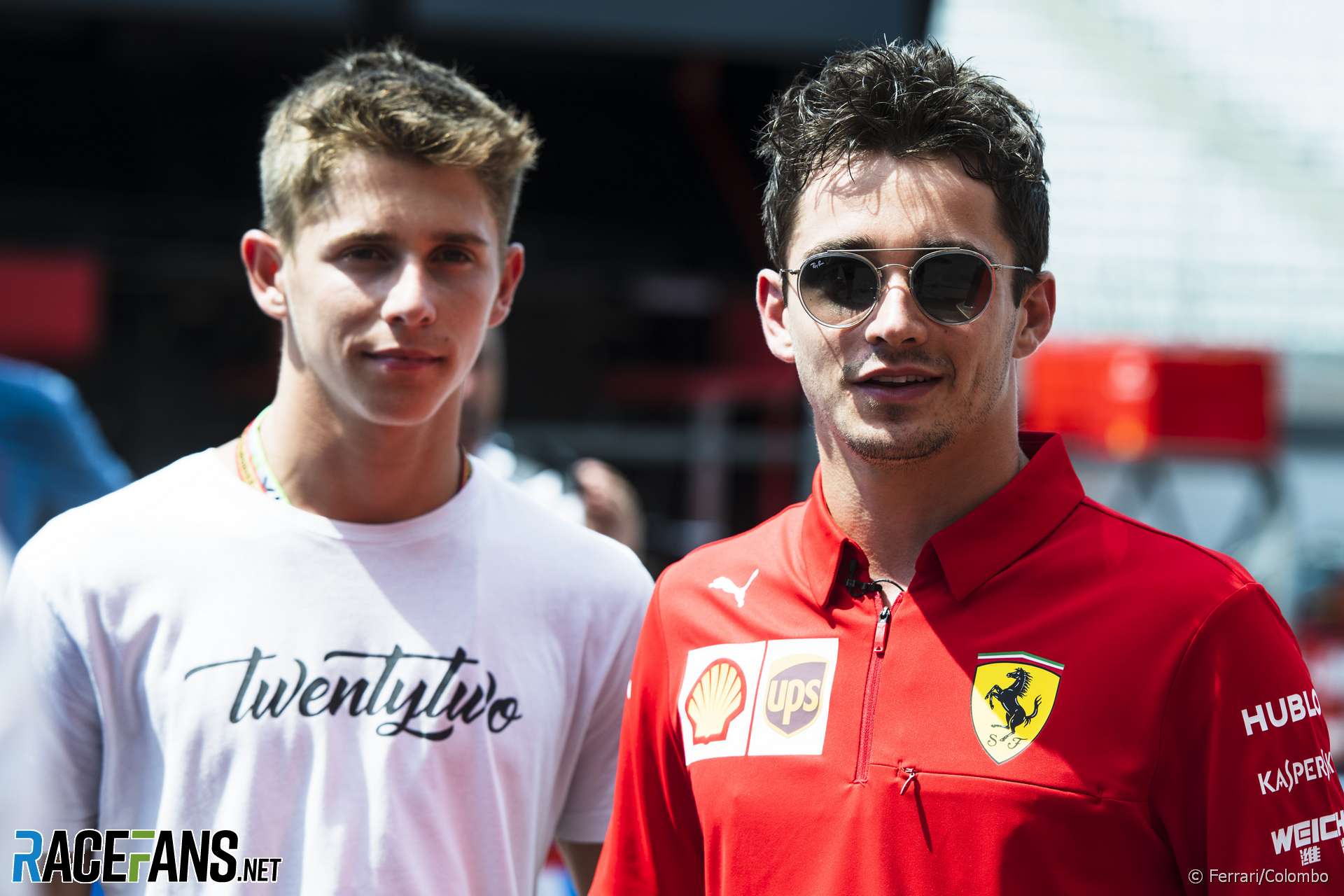 Charles Leclerc’s younger brother Arthur has been confirmed as one of two new members of Ferrari’s Driver Academy.

The 18-year-old has spent the last two years racing in Formula Four. He finished fifth in the French series in 2018 and took third in the German championship last year, scoring his only win of the season in a support race at the German Grand Prix.

The younger Leclerc will move up to the Formula Regional Europe championship with Prema this year.

He has joined the FDA along with young Swedish karting star Dino Beganovic, who was picked up by Ferrari at the recommendation of the Tony Kart team. Beganovic, who will turn 16 on Sunday, is to make his single-seater debut in Formula Four, also driving for Prema.

“We have been scouting for more talented youngsters and we are happy today to announce that Arthur and Dino are joining us for what’s going to be a very exciting season,” said sporting director Laurent Mekies. “We have FDA drivers in all the categories of the FIA single-seater ladder and our focus will be on supporting them the best we can in their development as racing drivers and as young individuals.”

They join existing FDA drivers Mick Schumacher, Giuliano Alesi, Robert Shwarzman, Callum Ilott and Marcus Armstrong – all of which will race in Formula 2 this year – plus Enzo Fittipaldi and Gianluca Petecof.