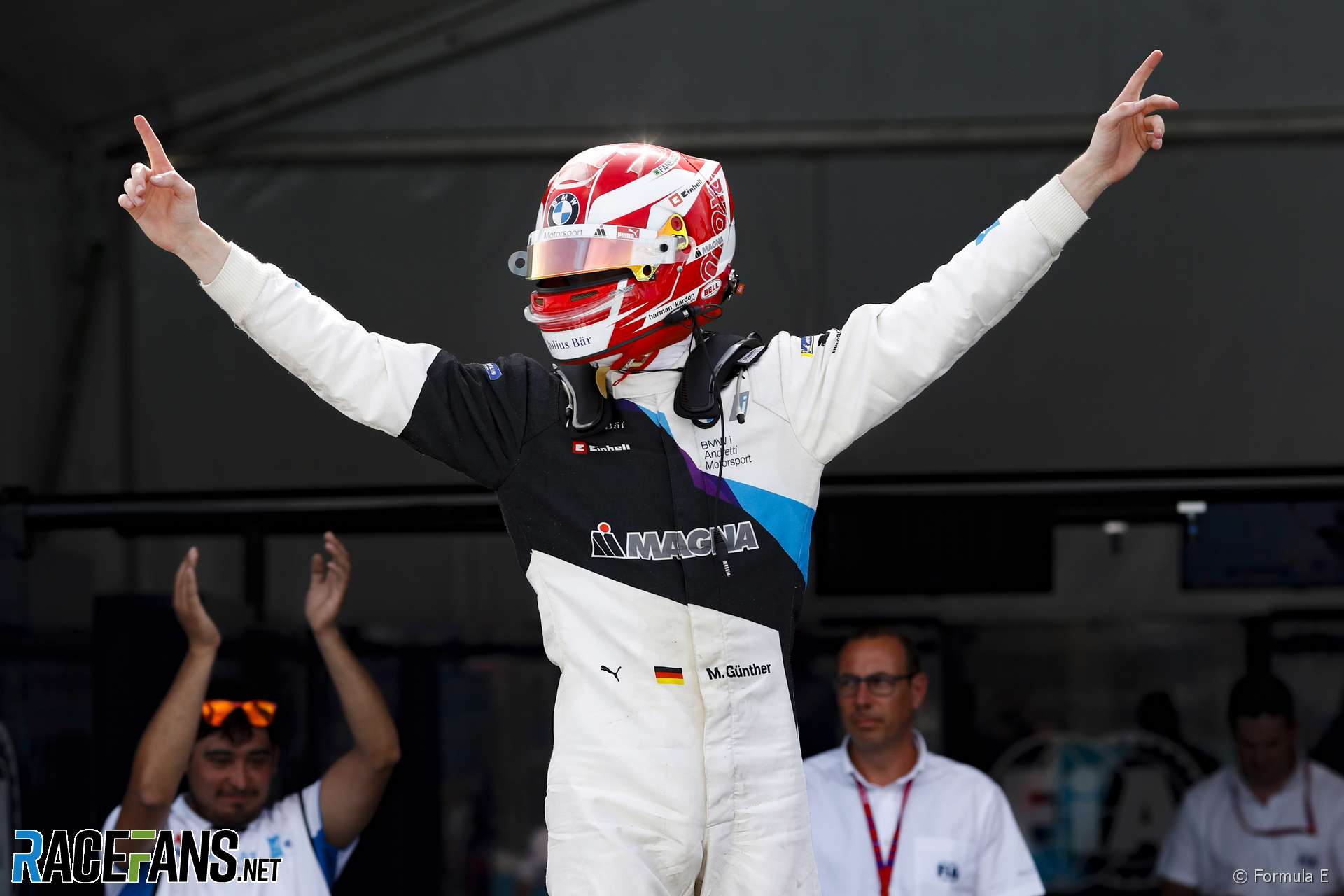 High temperatures in the Chilean capital made for an intense race in which many drivers struggled to save energy. Guenther’s last-lap pass on Da Costa secured a second consecutive win for the BMW Andretti team.

Pole sitter Mitch made a clean getaway at the start while Pascal Wehrlein moved up from third to second at the start at the expense of Guenther. The pair continued to battle, keeping both occupied for the first 10 minutes of the race, letting Evans steadily draw away.

High temperatures in Santiago meant that drivers were under pressure to use Attack Mode early, the higher power mode being an additional stress on battery and powertrain temperatures. When Formula E cars begin to overheat, drivers have no choice but to lift-and-coast. Despite slightly lower temperatures than last year’s race, the 35C heat meant energy management was always going to prove a significant factor here.

A brief Virtual Safety Car period was triggered when Guenther’s team mate, pre-race points leader Alexander Sims, stopped on the track. After the restart, driver tensions seemed to be running high. First Daniel Abt spun Sam Bird, sending him down the order, then a clash on the main straight destroyed Oliver Rowland’s front wing.

With just under half an hour to go, Venturi hit trouble. Both Felipe Massa and Edoardo Mortara looked to be moving up the order to challenge for a podium but the two collided at the hairpin, in an incident that ultimately led to Mortara retiring from the race.

With 23 minutes remaining, Guenther had one minute of his second Attack Mode activation left, having dispatched Wehrlein he hunted down Evans – and made a clean, decisive move for the lead with seconds of the higher power mode remaining.

Vergne had moved up to threatening for third place with eleven minutes remaining, when a gigantic plume of smoke started streaming from his from left tyre, right into the face of teammate Da Costa behind him. Although it lookied terminal, Vergne stayed out, seemingly trying to bash his front wing off on the walls of the track, refusing to pit and holding up his team mate until it became clear he was losing too much pace. He eventually retired.

Da Costa had a significant energy advantage on the cars ahead of him, crucial as systems hit critical temperatures and drivers are forced to turn down regeneration to save the battery. He was easily able to overtake Wehrlein for third, then hunted down Evans – seemingly in quite significant energy trouble – a lap later.

Da Costa made a robust pass round the hairpin with two and a half minutes remaining, taking the lead by nudging Guenther, who was unwilling to let go of the lead. With cars reaching critical temperatures both drivers were on less than 6% on the final two laps, with few regeneration opportunities remaining as they fought nose-to-tail.

Guenther stayed with the DS Techeetah car and on the final lap – while most drivers in the top 10 dipped under 1% on their energy levels – was able to cleanly pass a stricken Da Costa, before lifting and coasting to nurse his car home.