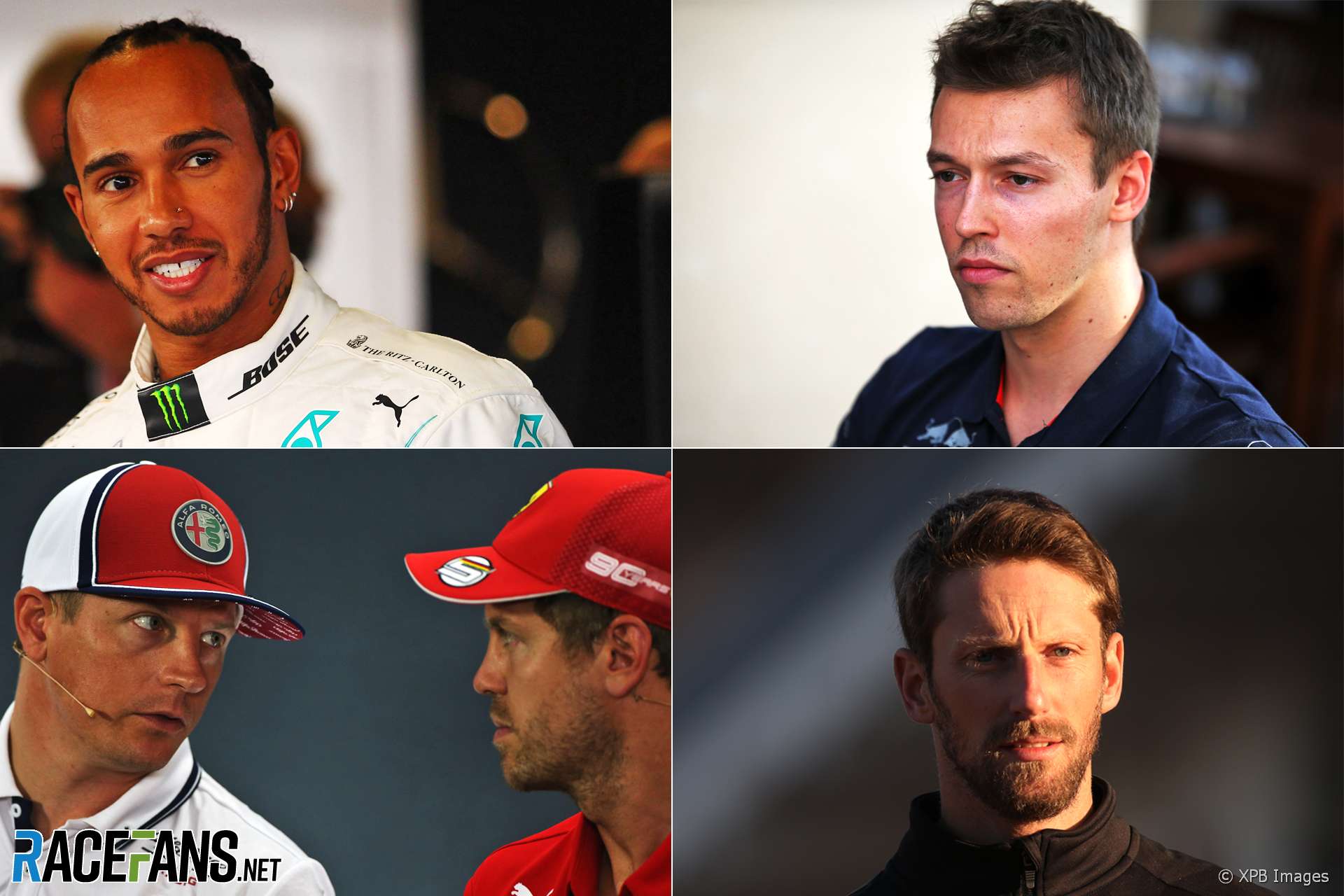 The 2021 F1 season will see the biggest shake-up of the technical regulations for a generation.

But not all of the drivers on the grid this year may stay around to see it.

All three champions racing in F1 this year have their contracts up for renewal before the end of the season. Some of the sport’s most successful drivers may be about to call time on their F1 careers.

Who are the most likely candidates to end up out of F1 after this year? Here are five possible candidates.

Lewis Hamilton has no shortage of interests outside Formula 1 including music, fashion and his increasingly passionate advocacy of environmental causes. A few years ago it seemed his extra-curricular activities might lure him out of the championship completely, particularly during those uncomfortable later seasons alongside Nico Rosberg.

But Hamilton has been driving at the top of his game lately and has spoken about wanting to extend his commitment to the sport beyond the end of this season. The debate over his future has been more about whether he will remain at Mercedes in 2021 or switch to Ferrari, than whether he could might F1 entirely.

Most drivers who’ve scaled the heights of Formula 1 and won races and championships would not countenance stepping back to a seat in the midfield. But Kimi Raikkonen is not most drivers.

Away from the full-on intensity of life at Ferrari, and based at a team within reasonable distance of his growing family, Raikkonen has slipped effortlessly into life at Alfa Romeo. He is set to break Rubens Barrichello’s record for most race starts this year, and whether he chooses to extend it further in will likely come down to whether he can stand the grind of another 20-plus races.

Like Fernando Alonso before him, Sebastian Vettel has found life at the Scuderia is fraught with pressure and is not necessarily the ticket to championship-contending success its reputation suggests. That said, he’s been off his game much too often in recent seasons, and was beaten by team mate Charles Leclerc last year.

Ferrari has rewarded Leclerc with a long-term deal, which has obvious implications for Vettel’s status at the team. Barring a rejuvenating performance this year, Vettel may have to accept a diminished position in Ferrari if he continues in F1.

All Red Bull junior drivers know their careers depend on the fickle whims of Helmut Marko, but Daniil Kvyat has had a rockier ride than most. Promoted to Red Bull in 2015 following a single season at junior squad Toro Rosso, he lost his seat just four races into 2016, then hung around the junior squad again until he was dropped in late 2017. That seemed to be the end of his story, but following a year as Ferrari’s simulator driver he was back again, and has remained, improbably become Toro Rosso’s longest-serving driver, though the team will race as Alpha Tauri this year.

Whether he gets another year in 2021, or is shown the door again, or even returns to Red Bull, probably depends as much on the performance of those around him as himself. However he often came second-best to Pierre Gasly in the latter stages of last season, which won’t help his cause.

Another driver who made a career comeback, though more than a decade has now passed since Romain Grosjean’s unsuccessful start to F1 life with Renault, which unfortunately coincided with their last exit from the sport. An anticipated reunion between the two since their return hasn’t happened and seems unlikely to.

His results at Haas have disappointed in recent seasons due to a mix of errors (especially in 2018) and some unreliability. He did demonstrate his worth to them last year by pointing out from an early stage they had gone in the wrong direction with their car development. But the hard fact is he’s been out-scored by a less experienced team mate for two years in a row.

What about the rest?

Charles Leclerc, Max Verstappen, Esteban Ocon and Sergio Perez have already put their names to contracts for 2021. Which other drivers could find their places under threat?

Antonio Giovinazzi found out fairly late last year he would keep his seat at Alfa Romeo. Nicholas Latifi is making his debut at a team which has had a high turnover of drivers in recent years. And while Pierre Gasly ended last year strongly at Toro Rosso, his first 12 races with Red Bull did not go well. Could these – or any other drivers – find themselves out of F1 next year too?

I think it’s pretty clear Hamilton isn’t finished with F1 yet, wants to continue and will surely get the chance to.

Raikkonen has previously indicated he doesn’t expect to still be racing in F1 in 2021. While he could change his mind, and may be tempted by the chance to race F1’s new breed of cars, I wouldn’t be surprised if he prefers to go rallying or something else instead.

Time is probably running out for Grosjean too. Haas have faith in him, but it remains to be seen if they also intend to remain in F1 beyond 2020. At present I think the balance of probability is against him staying.

Kvyat has held on to his place in F1 this long I see little reason to suspect he won’t continue to. Unless Honda-backed Yuki Tsunoda has a spectacularly successful debut season in Formula 2, I suspect Kvyat is safe.

As for Vettel, he has just had his cage rattled by a junior driver for the second time in his career: First Daniel Ricciardo, now Leclerc. He’s stated in the past he’s against the expansion of F1’s calendar and has never been a fan of the V6 hybrid turbo power units. If this season doesn’t mark a sudden turnaround in his form, I can see him heading for the exit too before 2021 arrives.

Which of these five drivers do you think won’t race in F1 in 2021? Cast your votes below and have your say in the comments:

Which of these drivers won't race in Formula 1 next year?