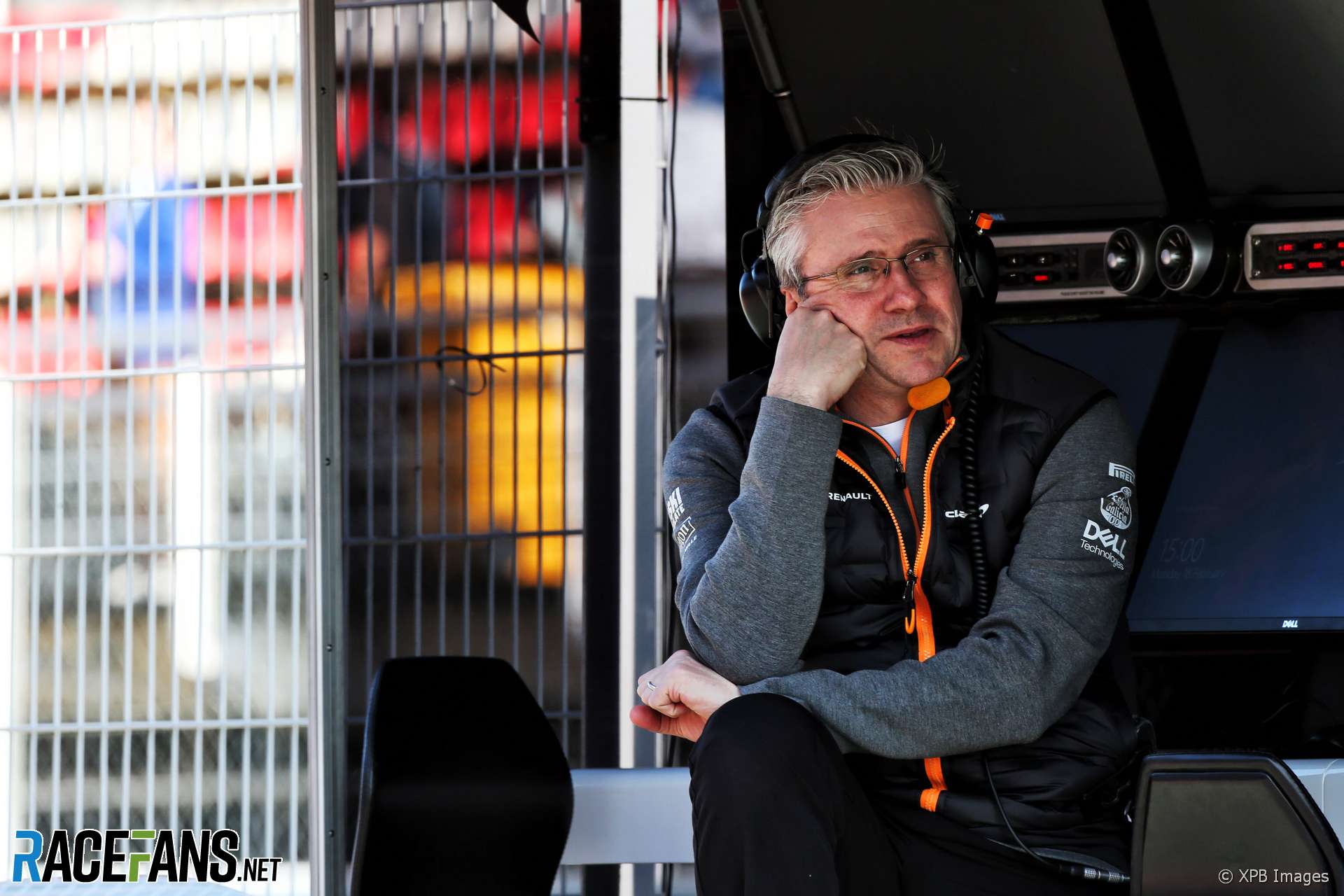 Pat Fry will begin work for Renault next month, RaceFans can reveal.

The former McLaren technical director, who oversaw the creation of the team’s successful MCL34, will make his start with his new team on February 5th.

His arrival follows the departure of former technical director Nick Chester, who had been with the team since Renault bought it from Lotus at the end of 2015.

Among the other changes to Renault’s technical team for the 2020 F1 season is the arrival of former Williams aerodynamicist Dirk de Beer.

This year will be the fifth season for Renault since its return to Formula 1 as a full constructor. Renault is overhauling its technical team following its disappointing performance in 2019. Having risen from ninth to sixth and then fourth in the first three seasons since its return, last year it slipped to fifth in the championship behind McLaren.

Fry spent much of his earlier career at McLaren, whom he worked for between 1993 and 2010, then returned to late in 2018 as the team began a staffing overhaul of its own. He spent some of the intervening period with Ferrari, until 2014, then joined Manor for two years until the struggling team collapsed at the end of 2016.

Renault is due to hold a ‘season launch’ event in Paris on February 12th, one week before the start of pre-season testing.