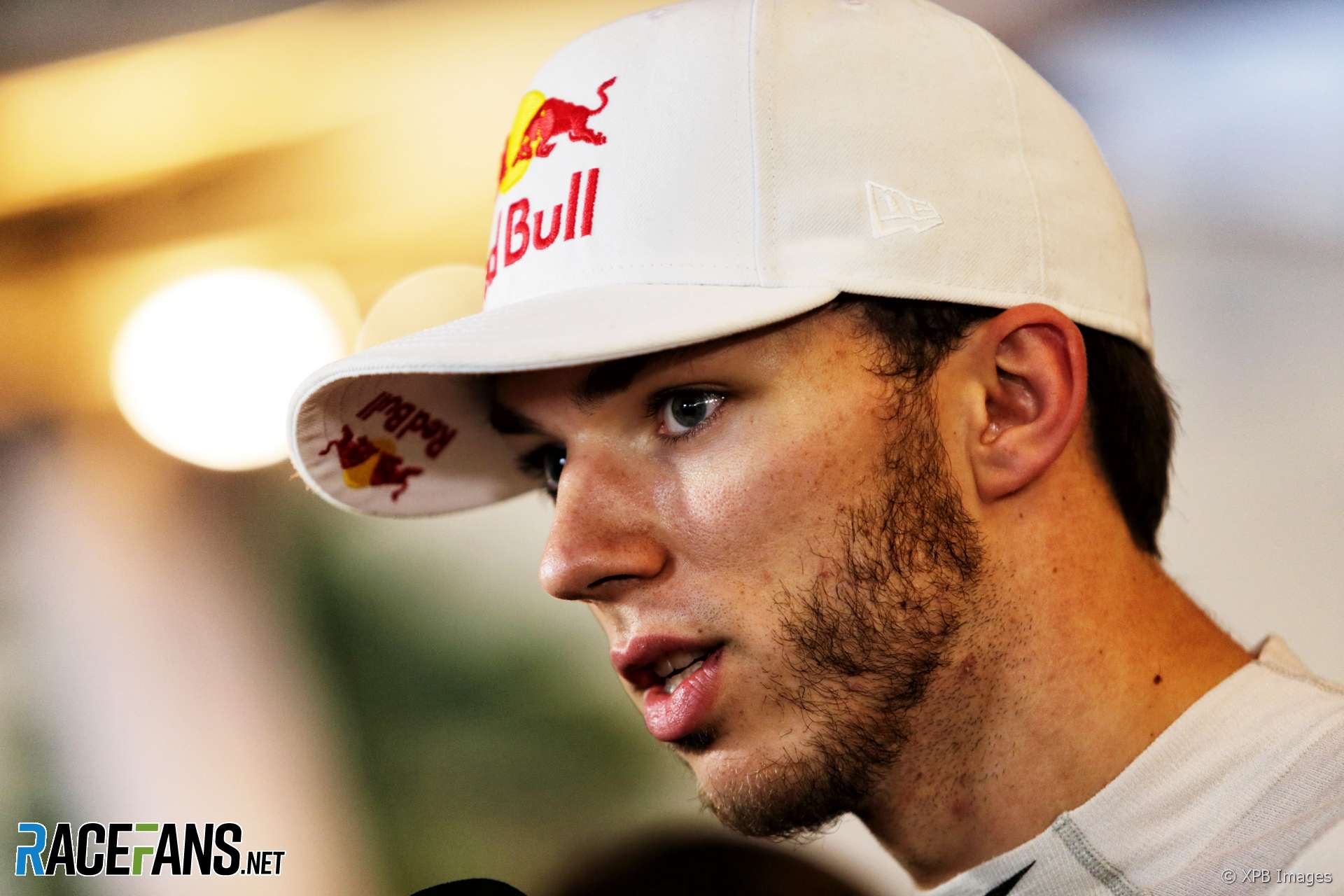 Pierre Gasly rebounded impressively from the crushing blow of losing his Red Bull drive after just 12 starts for the team.

Having been relegated back to his former team, Gasly scored points consistently for Toro Rosso, and even snatched a surprise second place in the Brazilian Grand Prix.

“It’s been such a rollercoaster for me this season,” said Gasly, who suffered a terrible personal blow during his first race weekend back at Toro Rosso when his childhood friend Anthoine Hubert was killed in a Formula 2 crash.

Seven races later, Gasly was celebrating his unexpected first appearance on the rostrum. “To end the season with my first podium in F1, in Toro Rosso, which was their third podium in history, of course, was something really special.”

At Red Bull, Gasly generally languished well off Max Verstappen’s pace. Azerbaijan and Canada were the only exceptions – at the former his lap time was subsequently deleted for a technical infringement, and in Canada Verstappen was caught out by a red flag.

But even by Hungary there was little sign Gasly was cutting the gap to his team mate. Following his change of teams, Gasly was much closer than new team mate Daniil Kvyat, and often quicker.

Looking back on his time at Red Bull, Gasly says there are many things he would have done differently. “I think that [was] my responsibility partly,” he said, “and then maybe everybody in the team was [also] partly responsible for the lack of performance.

“Of course when you feel that there is potential that is not used, it’s is always annoying. But at the end of the day Formula 1 is a big sport. There are many things you don’t have under control and you just need to do that the best you can with all these parameters.

“Sometimes everything comes together and sometimes it doesn’t. Of course there were many, many, many things I would have done differently. But this is done. There were many lessons taken.

“As a driver I know a lot more about what I need. And if I will need to do the same thing again there are a lot of things I will change. But now I just need to focus on the future. I’m 23 years old, I have many years in front of me. At the end of the day, my only answer will be on the track, and that’s the only thing I’m going to focus on.”

Gasly’s poor qualifying performances earlier in the season meant there were too many occasions when he had to fight his way through the midfield.

There were occasions when he seemed to have made a breakthrough and his Red Bull ran where it belonged with the other front-runners. But these were followed by less successful races in Germany and Hungary, where he was back among the McLarens and Alfa Romeos.

Soon after his move to Toro Rosso it was clear Gasly was able to exploit the potential of his new car much better than his Red Bull.

“It’s been a really strong second part of the season and I really enjoyed working with the team since I came back in Spa. They’ve given me everything I need to perform consistently every weekend, which at the end makes it more enjoyable.”

However Gasly keeping tight-lipped about exactly what went wrong at Red Bull. “I’ve got my book where I’ve written all the stuff that was not correct or were not the way I would have needed it to be,” he said. “But for now, I’ll keep the book private.”

11 comments on ““When you feel that there is potential that is not used, it’s is always annoying””