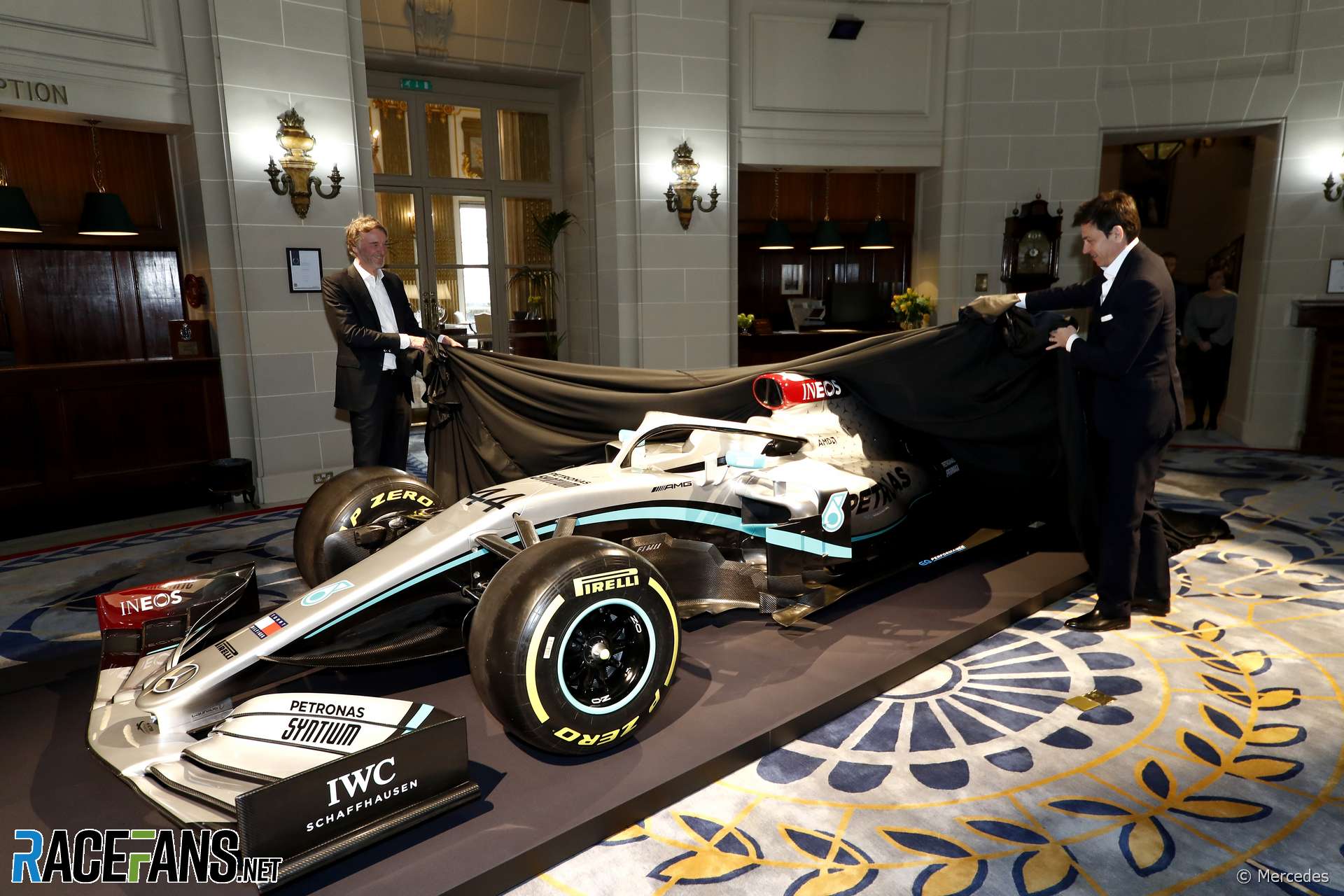 Mercedes has presented its new livery for the 2020 F1 season at an event in London.

While the basic look of the world champions’ livery remains unchanged, the team has added two new sponsors during the off-season. One of these, new long-term partner Ineos was revealed a today’s event in the Royal Automobile Club.

AMD, previously a sponsor of rivals Ferrari, has also joined Mercedes. The team will reveal its new car later this week in a private event at Silverstone.

The team’s new look was presented on last year’s car, the championship-winning W10.

46 comments on “First pictures: Mercedes presents its 2020 livery in London”