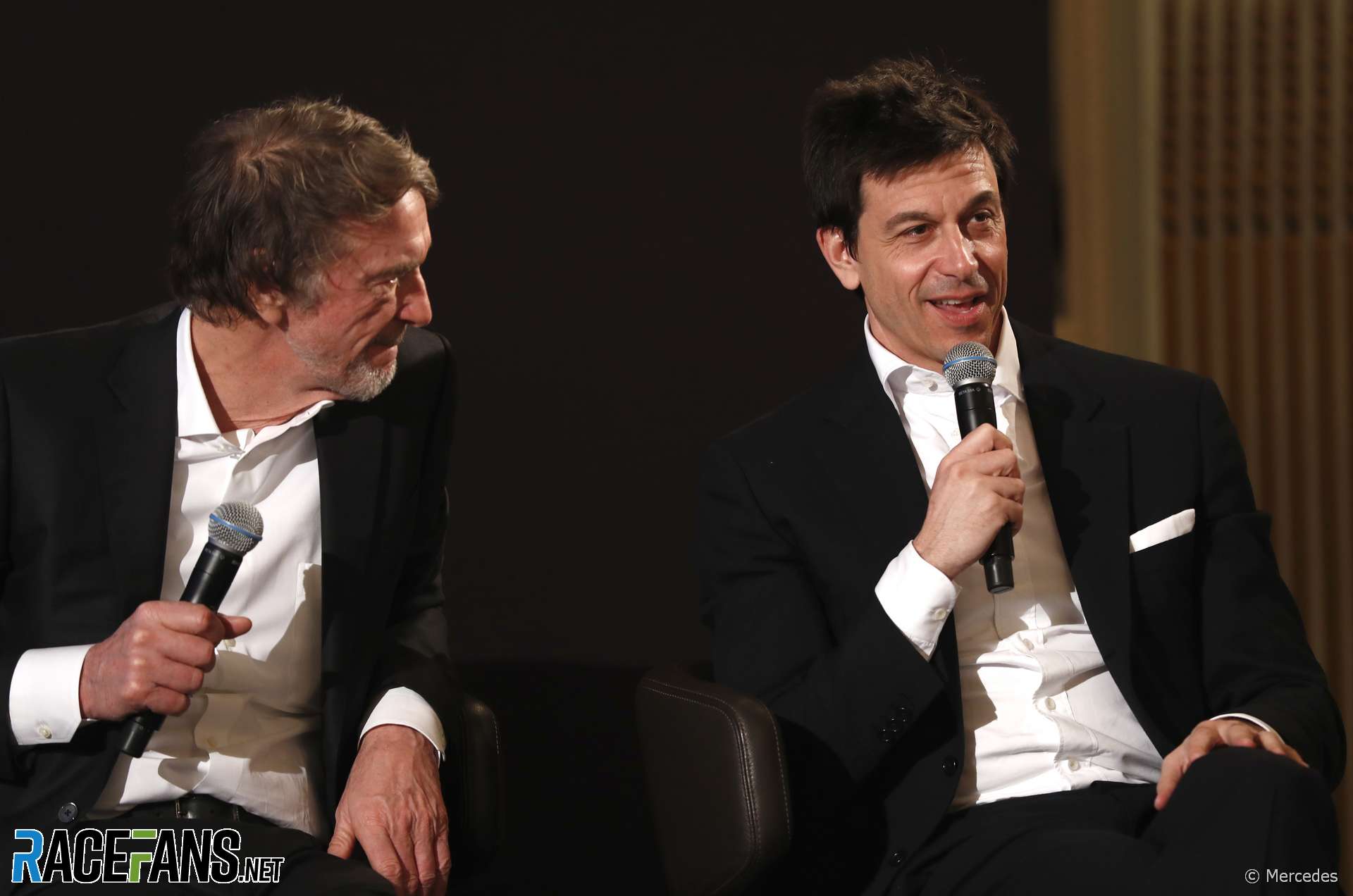 Mercedes team principal Toto Wolff says he wants to make it a “no brainer” for the team to extend its commitment to compete in Formula 1.

The world champions’ current commercial agreement expires at the end of the 2020 F1 season.

The sport’s owners Liberty Media will introduce a budget cap next year to reduce the spending by top teams such as Mercedes. The team has also made two significant additions to its sponsor portfolio over the winter, AMD and Ineos, the latter announced in an event in London today.

Wolff said his target is to make participating in F1 a profitable activity for the team. “We want to make it a no-brainer from the sheer numbers,” he said. “The return on investment on marketing, should be, will be, the icing on the cake. But the Formula 1 activity will be a profitable exercise like it should be.

“We see that in the American sports leagues that most of them in the NFL or the NBA are profitable franchises. And this is my personal aim and my personal contribution with our partners to turn this into such a company so that from a Mercedes standpoint this becomes a no-brainer to participate.”

He pointed out Mercedes owner Daimler’s board chairman Ola Kallenius had previously said it was “not true” they are already planning to leave. Wolff said he hopes to reach an agreement over the team’s future commitment to the sport before the start of next season.

“It’s an ongoing process and it’s a complicated set of contracts: A trilateral contract between the FIA, the commercial rights and all teams. That needs time and the devil lies in the detail.

“So I wouldn’t want to commit here to give you a specific date because there are quite some topics that remain to be agreed on and it’s a working process. Clearly there is the will and the wish for all of the stakeholders to come to a close before we embark on the 2021 season, because that would be an uncomfortable situation.”

Mercedes’ decision will have a bearing on the futures of star driver Lewis Hamilton, whose contract also expires at the end of this year, and Wolff, who is a shareholder in the team. Wolff said the deal with Ineos, the petrochemical group run by Sir Jim Ratcliffe, formed part of a long-term strategy for its future.

“My role is is different to all the other team principals,” said Wolff. “I’m a partner in the team, I’m the managing partner of the team, we have a joint venture with Daimler. And honestly I have to pinch myself everyday to have the opportunity to be in that situation. So it’s very different.

“But we are planning our long-term strategy together with Daimler. Jim and his partners coming in is yet another building block. So all sails are set for a successful future.

“But like with Lewis we’re in the middle of discussions and tweaking here and there and I wouldn’t really want to live comment when things are going to be signed because if I give a date, then you’re going to ask me all the time.”

Wolff believes the sport remains an excellent platform for Mercedes to promote itself. “Formula 1 is the Halo platform for hybrid engineering,” he said, “something that is not communicated enough because it was talked down at the beginning of the V6 hybrid era, and it’s something we should really put more emphasis on.

“In that respect, with all the things that are out in the media, we like the platform. But at the same time, we’re in the negotiation with the rights holders and things need to be sorted out. But the partnership is clearly something that indicates our wish to continue our successful journey in Formula 1.”