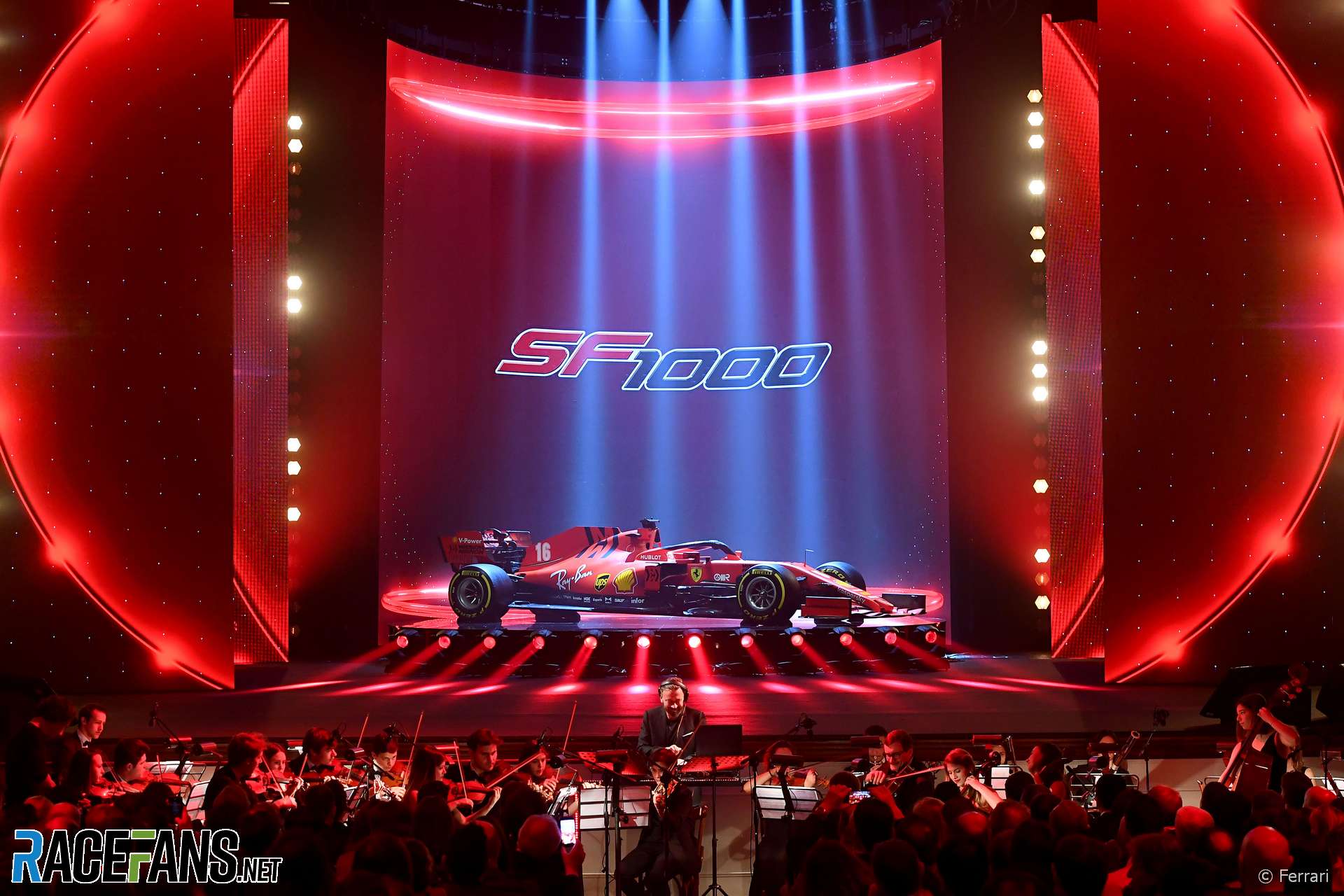 Ferrari has unveiled its new car for the 2020 F1 season, the SF1000, in a spectacular event at Teatro Romolo Valli in Reggio Emilia.

The car’s name acknowledges the fact Ferrari will start its 1,000th world championship race this year.

“As we look to this year clearly it’s going to be an interesting year,” said CEO Louis Camilleri. “We have tough competition, a long season.

“But it’s also an important year because, as most of you know, in parallel we need to develop and create a completely new car in line with the regulations that will govern Formula 1 in 2021 and beyond. So the team is going to be very, very busy.”

The team is looking to build on a promising but ultimately disappointing 2019 campaign. Ferrari’s power unit was considered to be the best in the pit lane and the team took nine pole positions, but won just three races while rivals Mercedes took the championship silverware.

Sebastian Vettel, who will start his sixth season with the team this year, described the car as an “incredible achievement.”

“Obviously a lot of hours go into the car,” said Vettel. “I like it a lot.

“We had the opportunity to obviously see it a little bit before and to have also a direct comparison with last year’s car and you can really spot the differences. Especially when it comes to packaging and the back part of the car, everything sits a lot tighter.

[smr2020test]”So there’s a lot of work behind that because it’s not so easy. We found some clever solutions to be able to achieve that. I can’t wait to drive it because it obviously that’s more exciting than looking at it.”

Charles Leclerc, whose contract was extended during the off-season, is going into his second year at Ferrari.

“The approach is a little bit different just because now I know the team and I know more or less the car,” he said. “Obviously this year it’s a new car but it’s still an improvement of last year’s car.

“We’ve been working altogether to make it better and to be more ready for this year. I know the people so it’s a big challenge and I can’t wait to drive the car.”