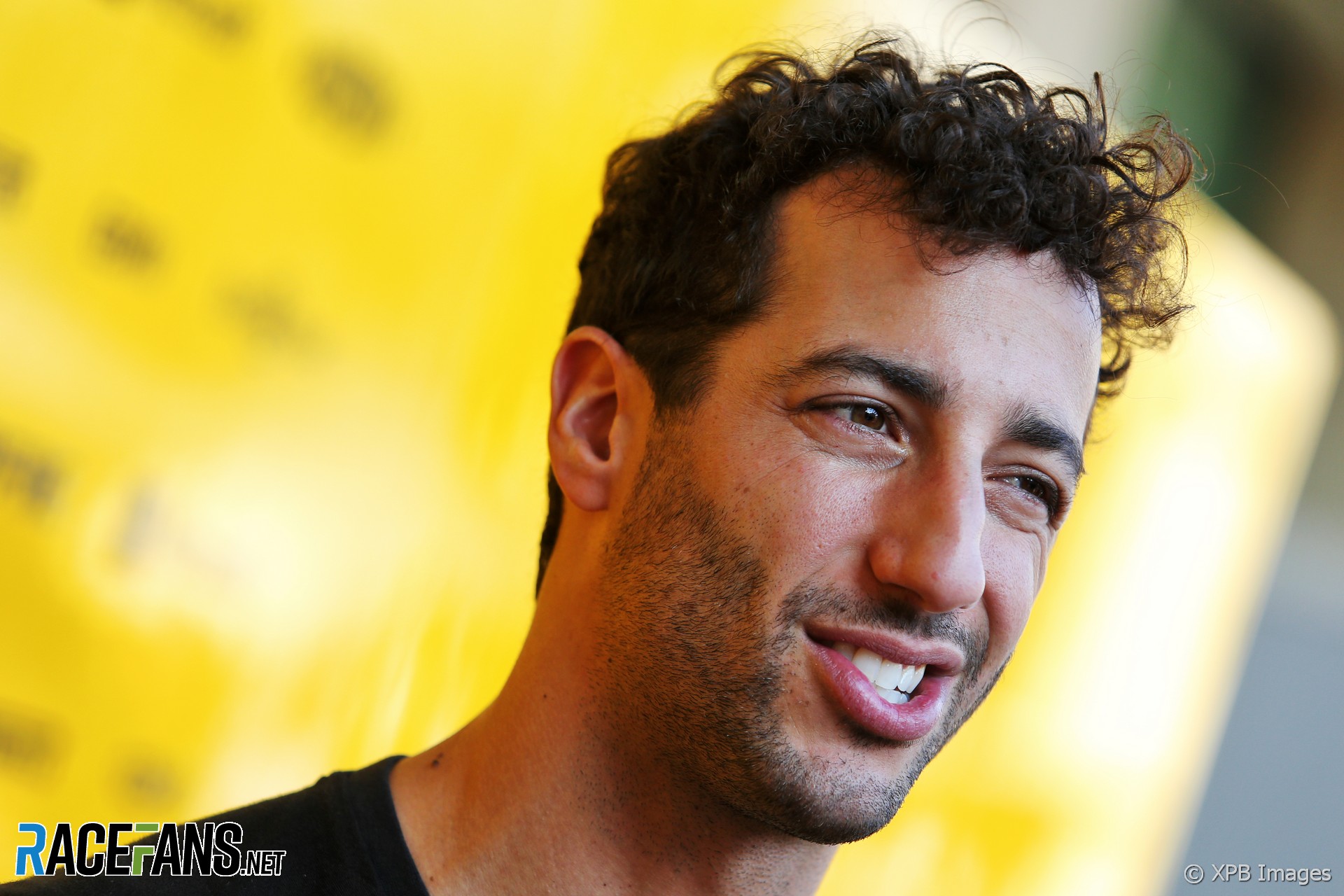 Daniel Ricciardo says the importance of having a competitive car is what he dislikes most about Formula 1.

He won seven races at Red Bull between 2014 and 2018, but didn’t finish on the podium once in his first season with Renault last year. Speaking on The Daily Show, Ricciardo said the need to have a competitive car is “probably the one thing I dislike about my chosen profession.”

“Unfortunately, it’s not like tennis where you can only blame the racquet so much,” he said. “There is a lot of equipment, it is very equipment-dependent. But that’s the sport and then your job is to try and put yourself in the best team to give you the best equipment.

“It’s like a technology battle with the manufacturers, it’s crazy. I think to get on the grid, and there’s 20 drivers, that’s obviously an achievement in itself. But then you obviously want to be the best and get yourself to the top.”

Ricciardo, who featured prominently in Netflix’s Drive to Survive series last year, promoted its upcoming second season during his appearance on the American talk show. His laid-back, joking style plus the narrative of his departure from Red Bull made him a stand-out character in the series.

Asked why he approaches his media engagements less seriously than his rivals, Ricciardo joked “I think those others that are a little bit like that, they don’t help the sport.”

“I think for me, growing up in Australia, growing up with sunshine, living close to the beach, it kind of just turns your personality into a bit of happiness,” he said.

“I’m doing my dream job and you have to be reminded, sometimes you get so competitive and so caught up in it that you do forget like a little bit of perspective. It is my dream job, I travel the world to drive cars in circles, which is pretty awesome.”

14 comments on “Ricciardo: Importance of car “the one thing I dislike” about F1”