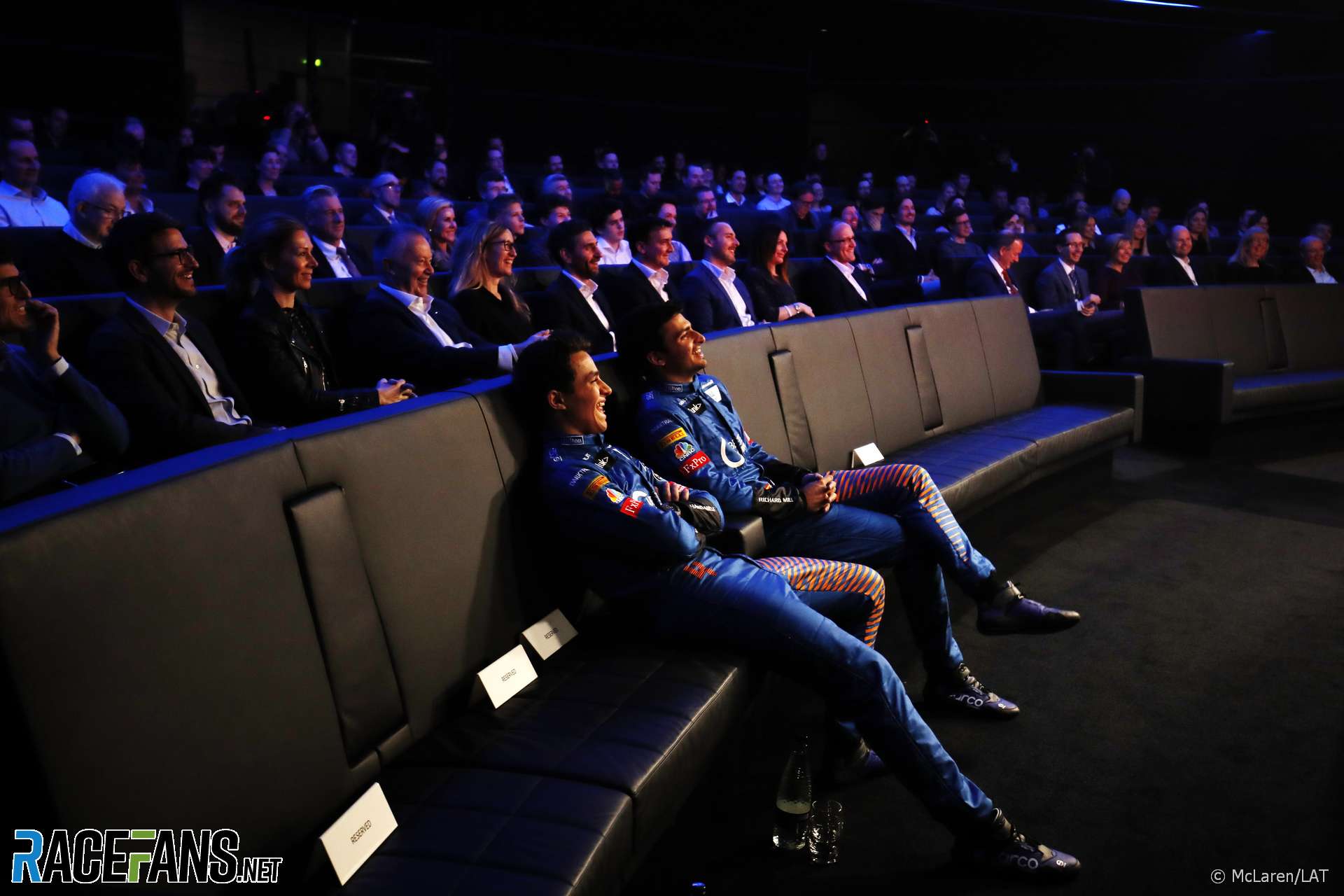 Lando Norris says his willingness to make jokes and have fun has led to negative feedback on social media.

But the 20-year-old, whose entertaining posts won him many fans during his debut season last year, says he will rein it in this year but intends to keep enjoying himself.

“I’ll still have fun, I’ll still make jokes and do what I do,” he said at the launch of McLaren’s new MCL35 today.

“But there’s times when sometimes maybe I need to – not shift my focus because I still worked hard, every time I needed to work on things and focus, I did – but things can get portrayed quite differently from what I know and see myself compared to the outside world.

“A lot of people see me make jokes and whatever, and therefore they turn and put a lot of blame [for] mistakes I do on me having fun and them seeing me look like I not focus compared to other drivers.

“Other people don’t post funny videos and whatever. So then they think that’s the reason for why I make mistakes sometimes. I do things and they put the blame on just the fact the I have more fun and enjoy things more than other people. It’s just that. I don’t want me being portrayed that way, basically. But I’m not going to change a lot it’s just small things here and there.”

[smr2020test]Norris admitted he had reconsidered his approach following negative feedback on social media. “I’d say 90% of the time it doesn’t affect me at all,” he explained. “I find it quite a good laugh to see what people can come up with, ideas and rumours people have and think about.

“But there’s still times when you see things that kind of play on your mind a bit. I wouldn’t say it’s affected me in a good or bad way.

“There’s things which, like with me maybe toning down having fun and publicising that side of me, you see a comment like people blaming things on things which just aren’t true, but that’s what they believe it is based upon. And it’s quite difficult being the world we’re in in the paddock and then what people see on TV and on social media, things can still look very different.

“So it’s just trying to get the balance right I think and trying to put them both together as well as possible with how people see me.”