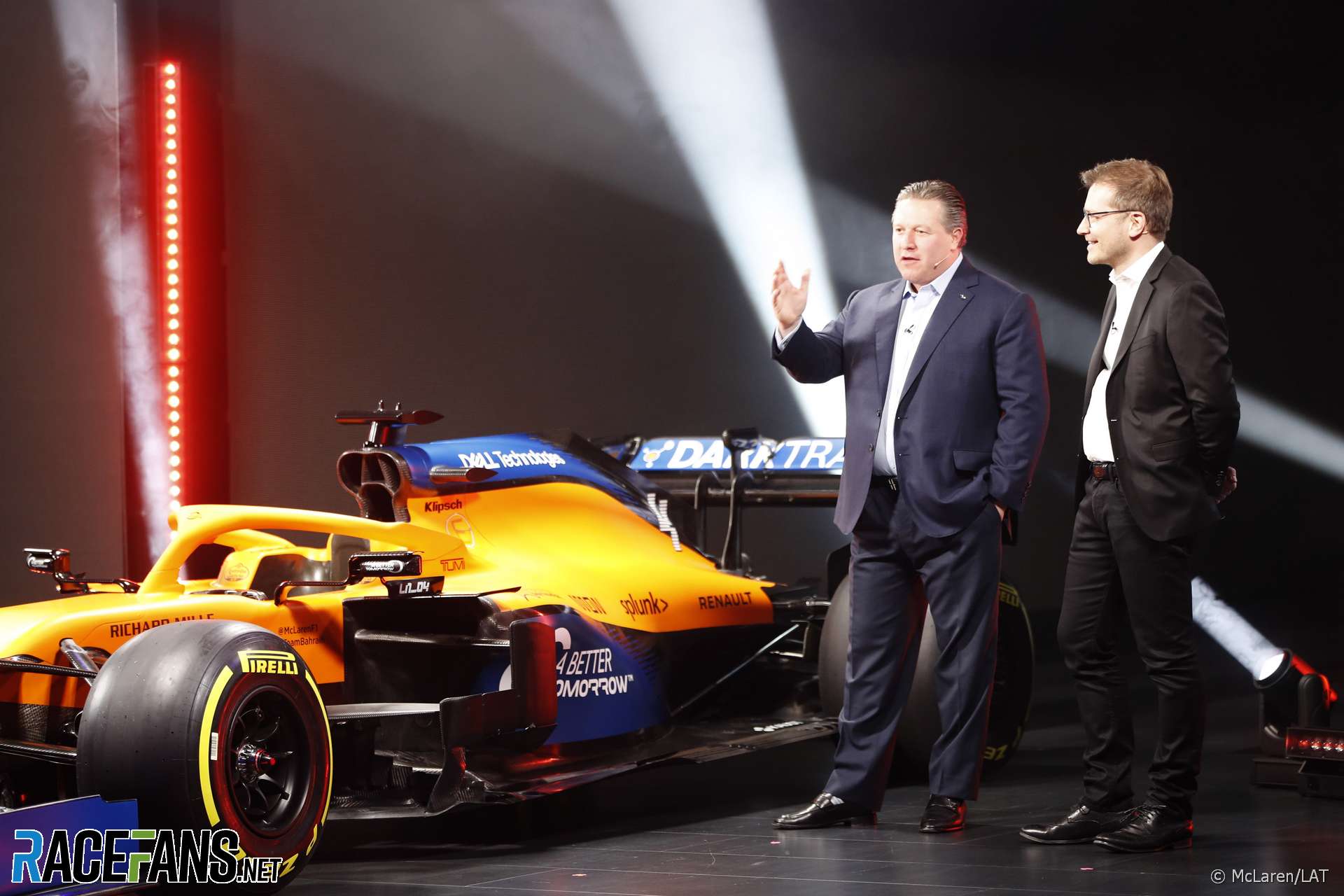 McLaren intends to cut the gap to the top three teams after finishing last year in fourth place, but group CEO Zak Brown is wary of falling back into the clutches of the midfield.

The team presented its new MCL35 today, which is the first car the team has produced since Brown installed Andreas Seidl as team principal and James Key as technical director.

“My role is to get the right people in the right place and get them the right resources,” said Brown. “And I think ever since we started making changes, we’ve accomplished that.

“We made a pretty good car last year that got stronger over the second part of the year. And [we] put that down to everybody, but a lot of leadership from Andreas and James. I think as the car got more competitive, it wasn’t a coincidence, it was when they started to get stuck into things.

McLaren moved up from sixth to fourth in the championship last year, but rivals Mercedes, Ferrari and Red Bull were far ahead in the final standings. Brown said he can see real change in the team, but he is realistic about how far they can close the gap to their rivals.

“Now we’ve got our new race car, which is the first time we’ve kind of had everyone in place,” he said. “And I think Andreas has brought a lot of clarity to how he wants to see the Formula 1 team run. That’s been very well received. It’s a nice environment to walk around the factory and the racetrack. It’s got a real team feeling.

“So I’m excited. That being said, the gap to third is still very big in Formula 1 terms. And so I think we have to be realistic that we hope to close that gap. The first thing we need to do is not go backwards and that in itself isn’t easy because we’ve got great competition in the midfield.”