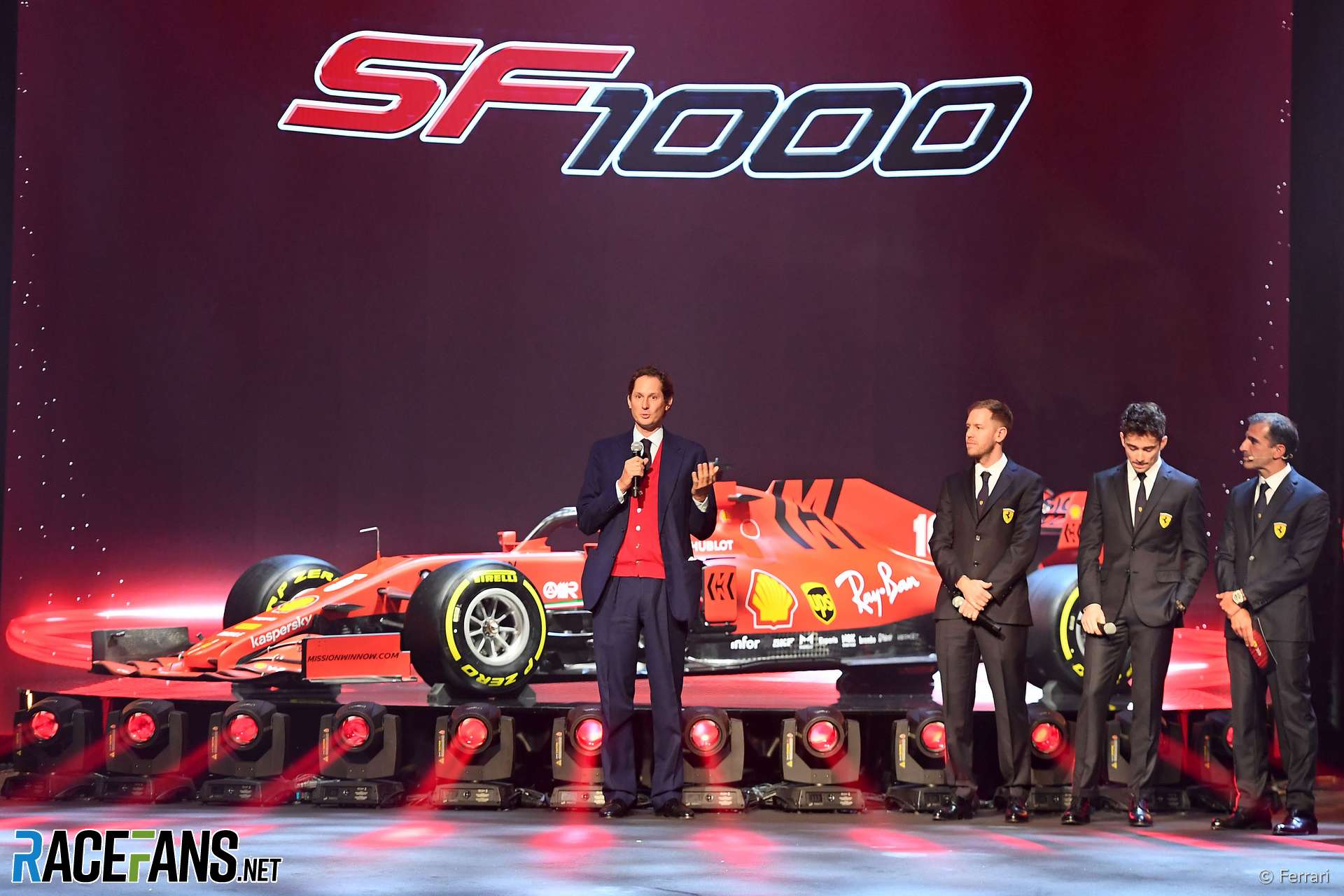 Sebastian Vettel disagreed with a suggestion his position at Ferrari has been diminished by the performance of his junior team mate Charles Leclerc.

Ahead of their first season together 12 months ago team principal Mattia Binotto said Vettel would be given preferential treatment in “50-50 situations”. However Leclerc out-scored him last season, and Binotto confirmed at the team’s car launch on Tuesday the pair will start the year on more equal terms.

However Vettel said he does not fell that means his status at the team has lowered.

“I don’t see it that way,” he said when the idea was put to him at the launch. “I think we were up last year as well, so it’s not like I had a different car. That’s the main thing, obviously, we both have the same car, and the same chance to race well. I never doubted that last year, I don’t think Charles did.

“I disagree with you. I don’t see it that way, down and up. It doesn’t change anything. Starting on equal terms or not, we were on equal terms all throughout last year. We are this year as well.”

Vettel, whose Ferrari contract expires at the end of this year, was initially unwilling to engage in questions over his future.

“As Mattia said I think it’s safest to live in the moment and I think the moment is right behind us,” he said, referring to the newly-launched SF1000. “The idea of tonight is to talk about what’s behind us, about this deal not so much.”

He addressed the subject later in the press conference. “At some point obviously we have to sort out what’s going on in the future,” said Vettel. “But I think we’ll have enough time to do so.

“So I’m not taking an extra special pressure. I feel good, confident. I think last year’s been a good year for me in a sense of learning a lot of things and understanding things. Certainly there are things I can do better and I’m sure that I will do better this year. I’m not stressed but certainly ambitious to prove it to myself.”

16 comments on “Vettel: Leclerc hasn’t lowered my status at Ferrari”