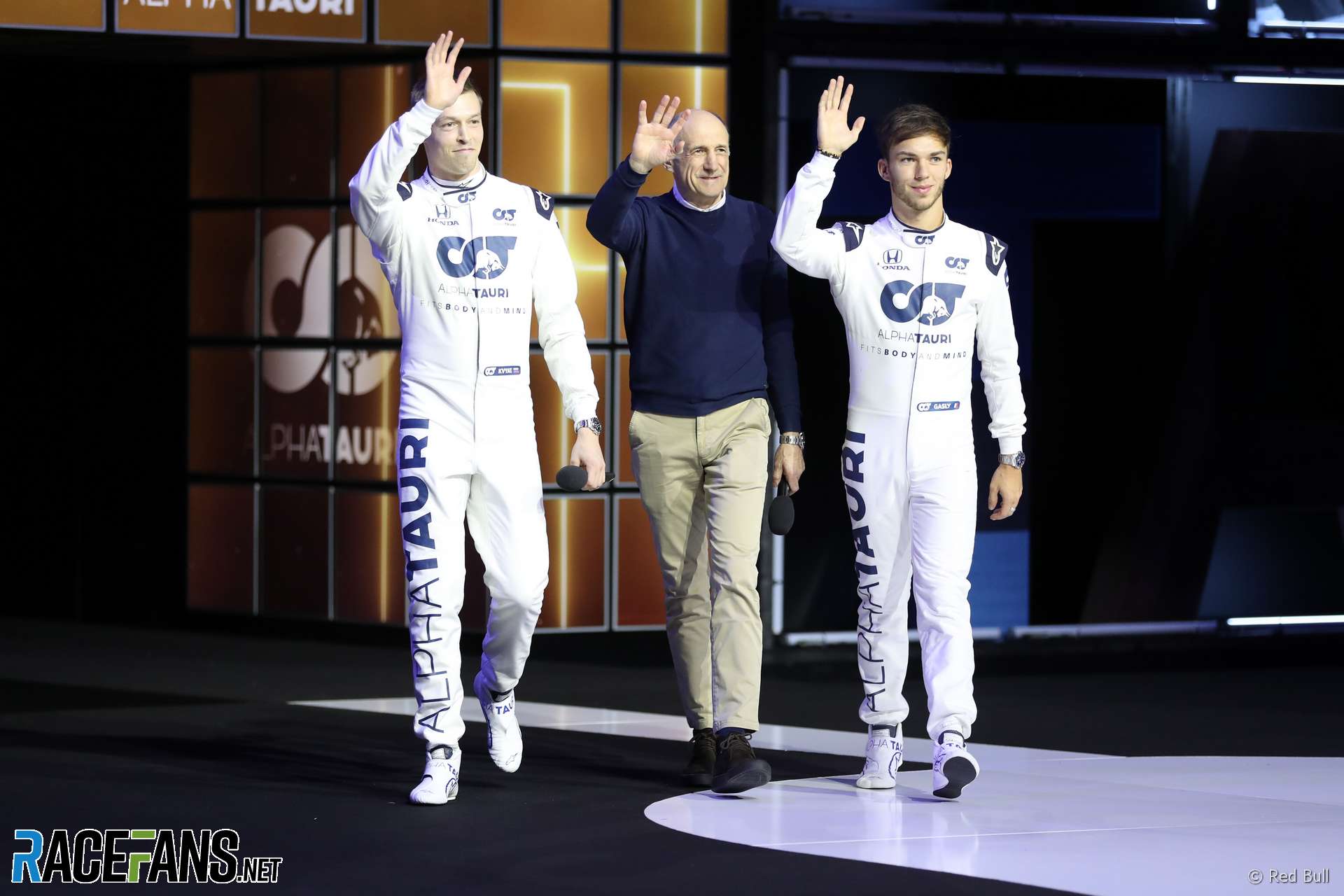 AlphaTauri team principal Franz Tost says Honda has made “big progress” with its power unit over the winter and has targeted a top five finish in the constructors’ championship for his team.

The former Toro Rosso team presented its new livery at an event in Hangar-7 and published pictures of its new AT-01 chassis. “We have a fantastic partner with AlphaTauri and I am really convinced that AlphaTauri will have a successful season,” said Tost.

“We are very optimistic for this season,” he explained. “First of all, the car showed very good results in the wind tunnel.

“For a second Honda, our friends in Japan, in Sakura, made big progress during the winter months from the performance side as well as from the reliability side.

“Third, we have two good drivers. They showed that already last year, we just missed the middle of the podiums.”

AlphaTauri will also continue to use some of the same hardware as Red Bull. “We have a very close relationship with Red Bull Technologies. We have the complete rear suspension from them, we have the gearbox from them, the hydraulics, the front suspension. That means also from the mechanical side, we are very competitive.”

[smr2020test]”We must be within the first five in the constructors’ championship,” he said. “Our biggest competitors is usually Renault, McLaren, Racing Point and Haas. And the rest we will see.”

Tost said the team is waiting for further details of the new rules for the 2021 F1 season before advancing its work on the new regulations which will come into force next year.

“We started in October last year with a concept group working on the ’21 car,” he said. “Now we must wait until the technical regulations will be finalised. I hope this will be the case [in] March.

“And then from month to month, more and more people, our engineers will jump over to the ’21 project. But we must not forget this season 2020 and we also want to develop this car because as I just mentioned a few minutes ago, we must be competitive and we must really show good results.”