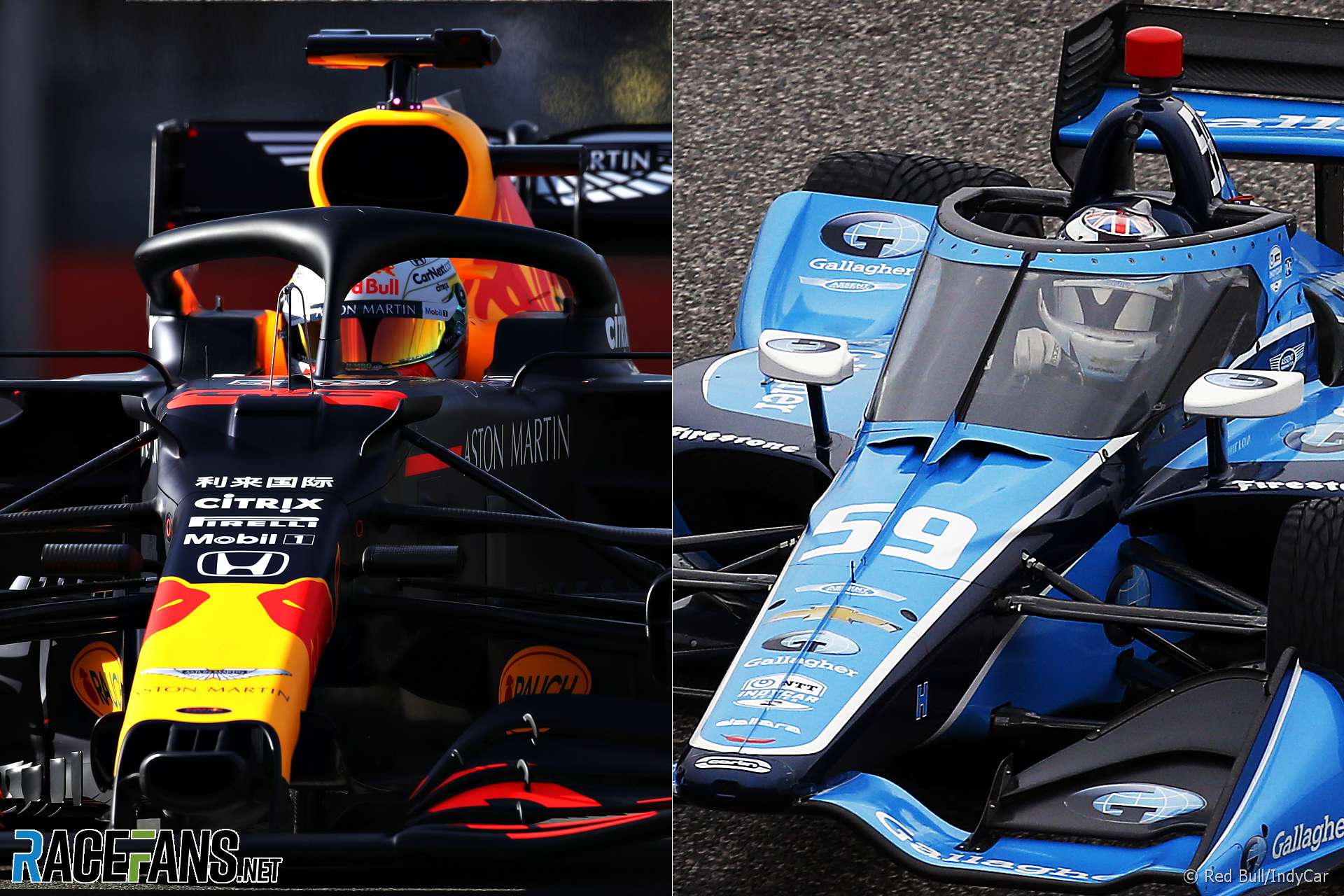 The increased head protection offered by the Halo is the most dramatic way in which single-seater racing cars haves changed in recent years.

When F1 first tested the Halo there was widespread criticism of how it changed the aesthetics of racing cars. But those complaints have quietness as the Halo had becomes increasingly ubiquitous, spreading to F2, F3 and beyond.

That hasn’t stopped other series looking for better solutions, such as IndyCar, which has introduced the Aeroscreen this year. Developed by Red Bull technologies and based on a design F1 considered and rejected when the Halo was introduced, the canopy is strikingly different in appearance.

Of course as long as both save lives then it doesn’t matter how they look. So as we have to have one, it might as well be the one which looks best. So which suits a single-seater chassis best?

Has IndyCar chosen the kind of design F1 should have adopted? Or do you prefer the look of the Halo to over the Aeroscreen? Compare the pictures, cast your vote and have your say below.

Which do you prefer the look of: F1's Halo or IndyCar's Aeroscreen?