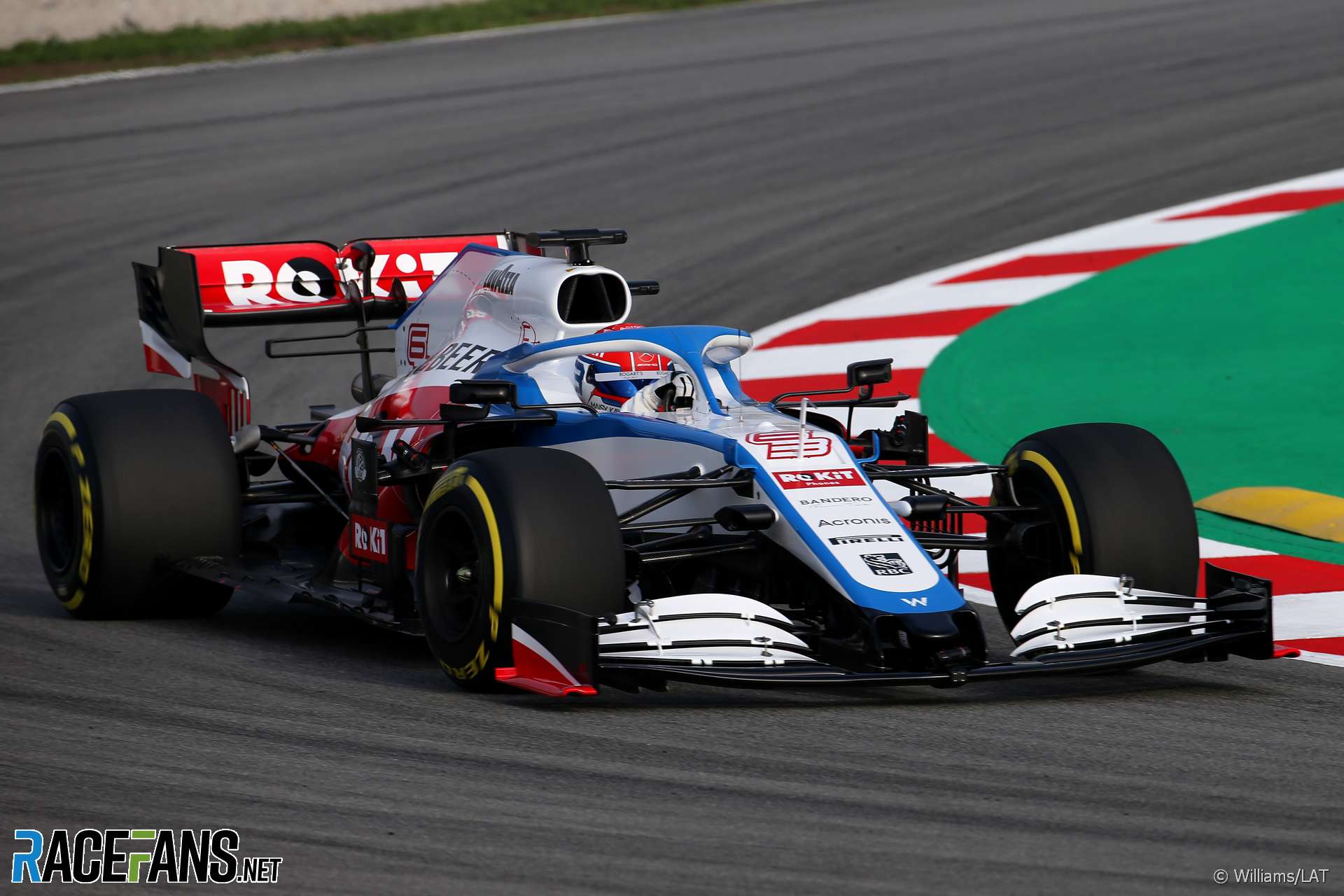 George Russell has given the new Williams FW43 its first run on track at the Circuit de Catalunya.

RaceFans understands the car completed the full distance permitted under the 100 kilometre maximum imposed on filming days such as this.

Getting its new car running before the start of pre-season testing marks an early triumph for the team, who failed to run on either of the first two test days last year. The first of two three-day tests at the Spanish circuit begins on Wednesday.