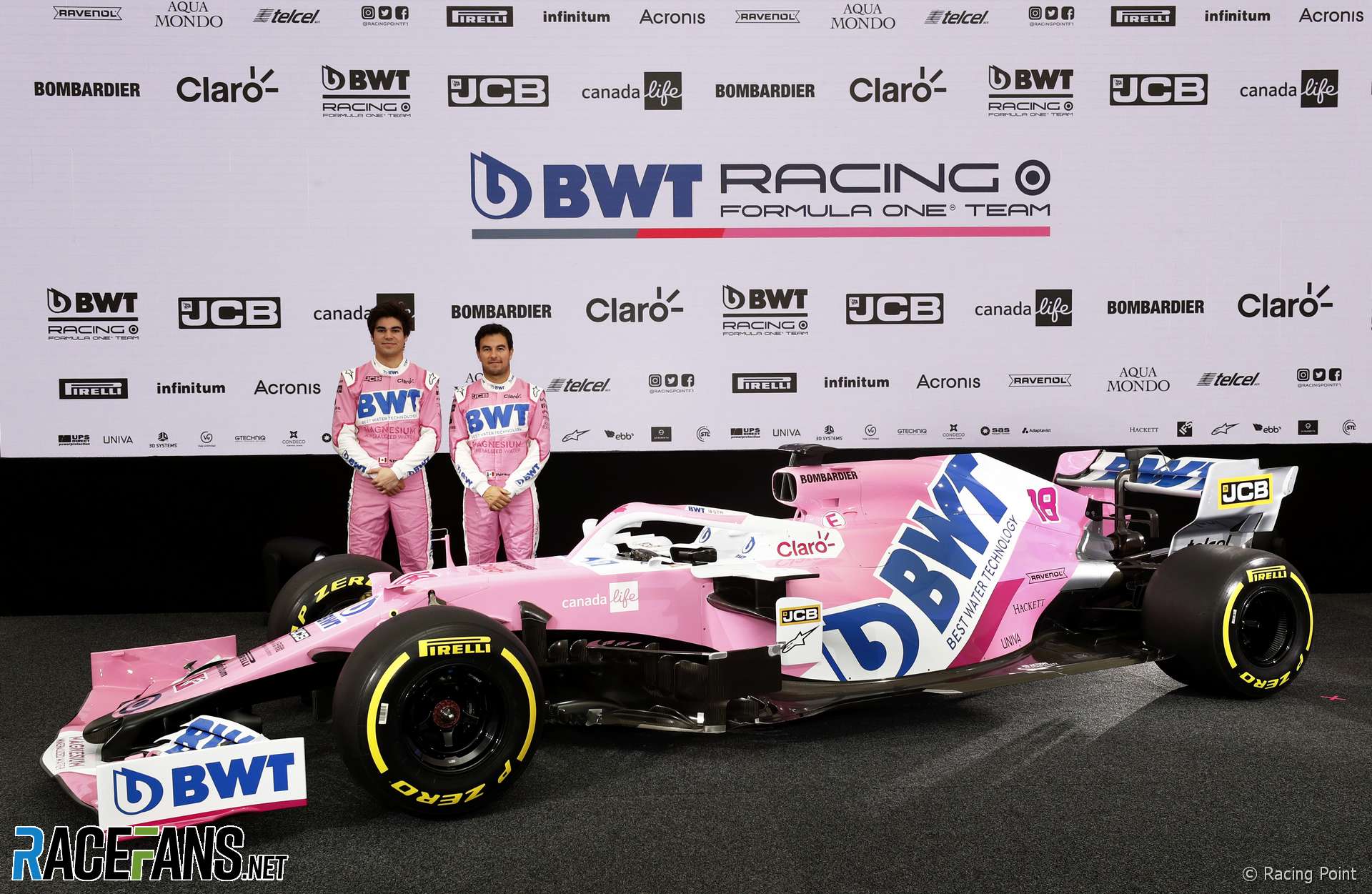 Racing Point say their new car for the 2020 F1 season is a clear departure from last year’s machine.

The team presented its 2020 livery on a 2019 car (above) in an event in Austria yesterday. Last year’s RP19 was conceived in mid-2018 while the company was in severe financial problems, which forced them to base it closely on their 2018 design.

Team principal and CEO Otmar Szafnauer confirmed the new RP20, which will debut in testing at the Circuit de Catalunya tomorrow, is a clear departure from the 2019 car.

“Even though we have more stable regulations for this season, much of the RP20 is new and has a distinct visual difference to its 2019 predecessor,” he said.

“We’ve always been an ambitious team and, with continual investment in infrastructure, we now have a better in-house capacity,” Szafnauer explained. “As such, our expectations are much higher – especially since 2019 was compromised by the hangovers of the previous season and transition of ownership.

“Following the changes of the last 12 months, we’re no longer held back by some of our old constraints, allowing us to improve performance with efficiency – something that has always been a strength of ours.”

Szafnauer expects the team will make a more competitive start to 2020 than it did last season.

“It’s always difficult to make predictions this early in the year but firstly we need to start this season at a much higher level than we did in 2019 and that means right from the first test in Barcelona this week.

“I’m confident we can do this and our ultimate target is to be at the front of the midfield – but we also intend to end the year closer to third place than fifth.”