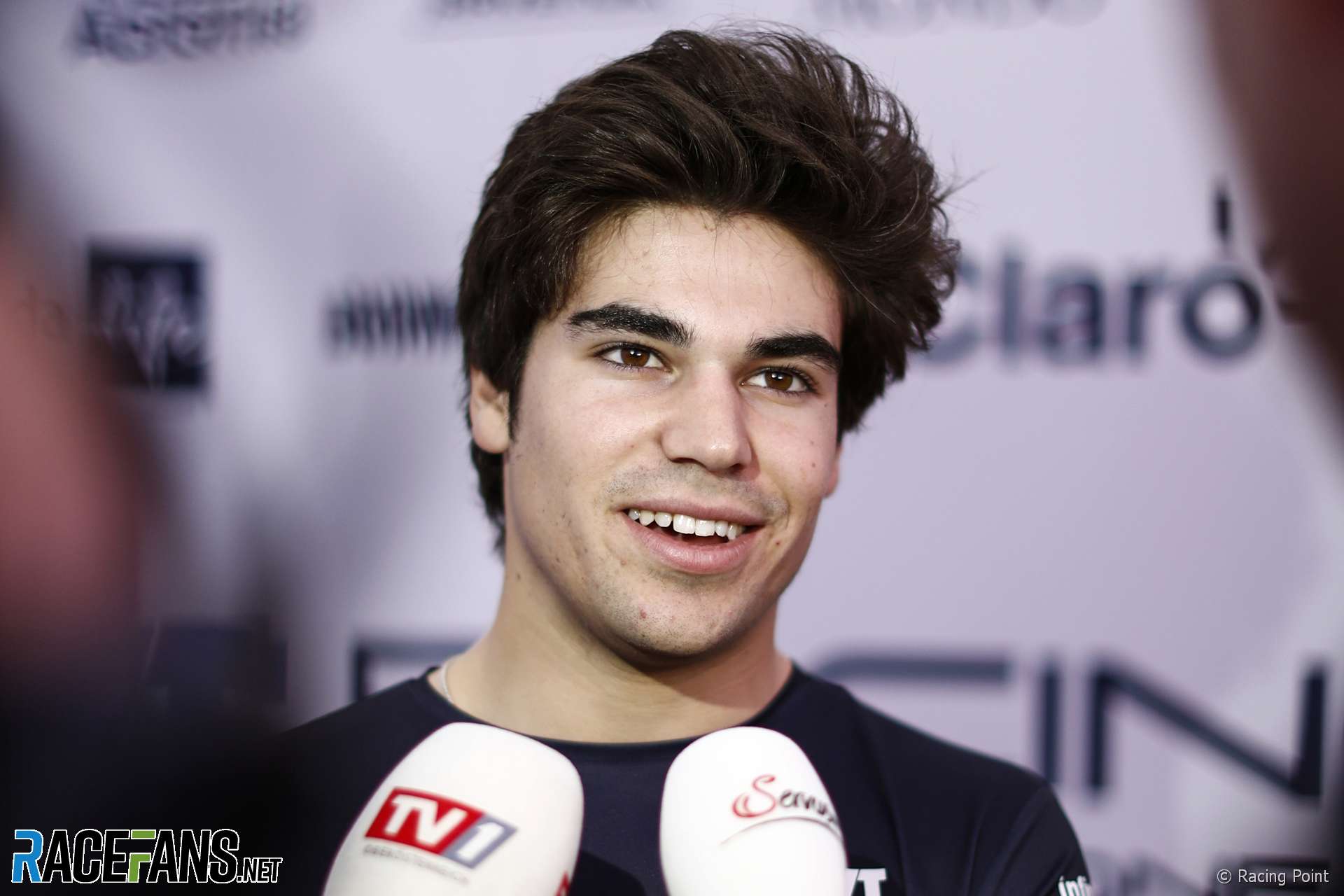 In the round-up: Lance Stroll is confident he and team mate Sergio Perez will have the chance to finish on the podium this year.

Stroll was asked whether team principal Otmar Szafnauer’s aim to get both cars on the podium during the 2020 F1 season is achievable:

We’ll try and be there in the right position when the opportunity comes and capitalise on it. That’s the nature of the sport.

Anything can happen on any given Sunday so we’ll just focus on Melbourne and it’s a long season, it’s a marathon, so try and score as many points as we can and hopefully a podium in there somewhere.

💬 “Wow, this is such an incredible honour!”

An incredible moment in Berlin as Lewis picks up the @LaureusSport World Sportsman of the Year award following a historic season which culminated with his sixth World Championship! 🏆 #Laureus20pic.twitter.com/rFvIDf9NXH

I'm wondering when was the last time we saw bigger lettering on an @F1 car than the @BWTUKLtd logo on @RacingPointF1's engine cover?https://t.co/byDsINiKvq#F1

Texas Motor Speedway next up for McLaughlin (IndyCar)

"I’ve been training really hard for this, and I’m really happy with the car. The speed I can carry through the corners, it’s insane. I’m getting used to being able to use the aero. You feel every bump. The G-forces are huge. You’re neck gets a hammering. There is no power steering."

"The circuit has approached the Automobile Club of Italy president, Angelo Sticchi Damiani, about the possibility of staging a race should an opportunity arise."

Mitch Evans: "It feels really sweet because Santiago was a tough one for us in terms of our race management but today we obviously showed we fixed all the problems."

Williams can’t afford to set their sights too high this year, says Dan:

Surely at this stage Williams need to be hoping for “average” as opposed to “tragic”. If this turns out to be an average car which can fight in the mid-field then it will be something of a victory. With the regulations changing completely next year, I completely understand that it’s not sustainable to spend so much research and development on one season.

Stripping the car back and learning what went wrong is probably more valuable at this stage.
Dan Rooke (@geekzilla9000)