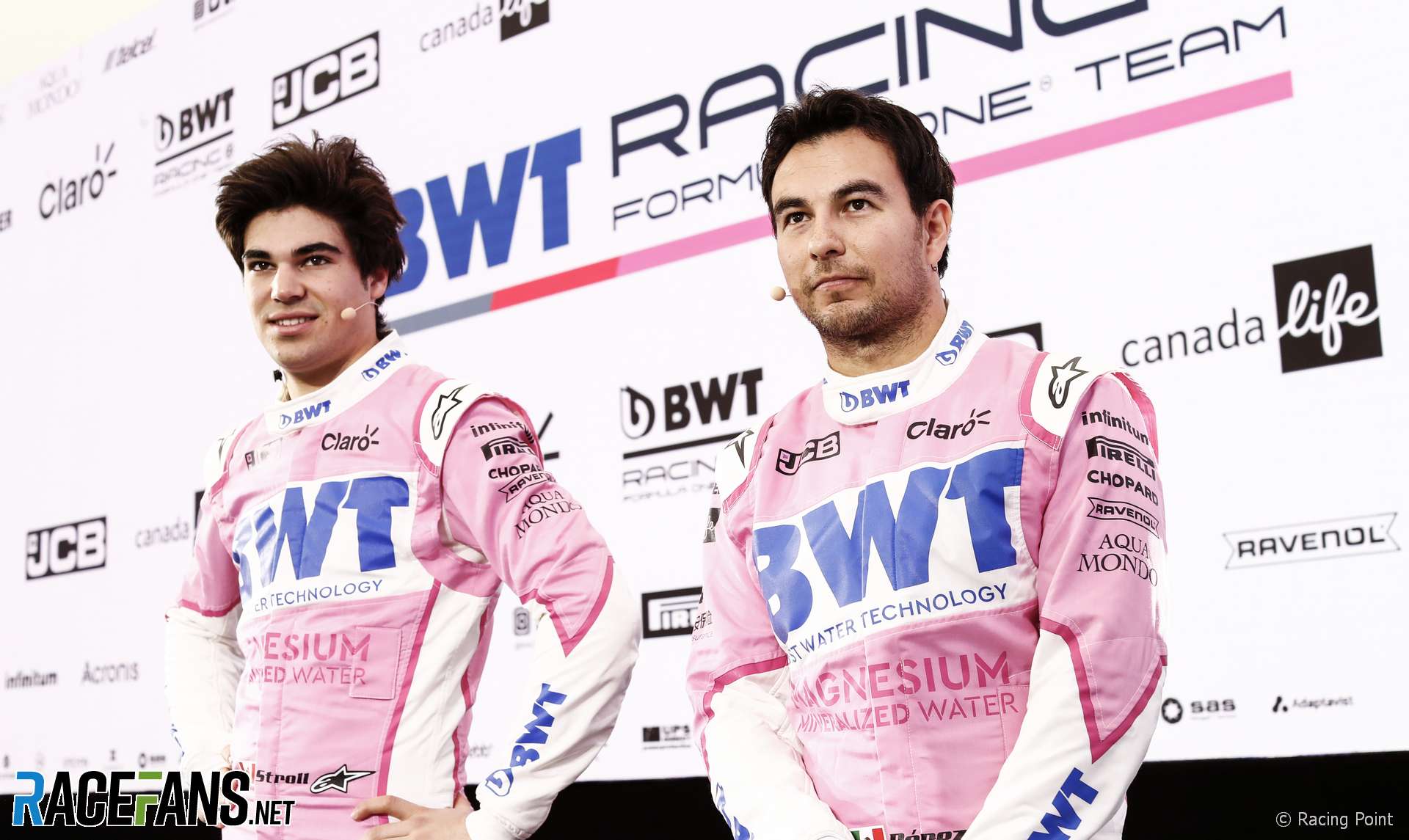 Racing Point drivers Lance Stroll and Sergio Perez say the team’s plans to become Aston Martin’s factory F1 operation next year is a “big step in the right direction for the team”.

Stroll, whose father and team co-owner Lawrence Stroll has invested in the luxury car manufacturer, said he had prior knowledge of the plans, which were first reported by RaceFans last year.

“We talk on a pretty regular basis, so I saw it coming,” he said in response to a question from RaceFans question.

“It’s a sexy car to look at,” he said. “I’ve never actually driven one on the road, but they’re a hell of a brand and they’ve they’ve got an incredible name.

“I think for Lawrence, for the Formula 1 team, for everyone involved in Racing Point, it’s a big uplift in excitement and that should bring the team more value. It’s great in many ways.”

Perez, who signed a new multi-year deal with the team last year, said it will be “a huge step to all of a sudden become a factory [team] with such an iconic brand.

[smr2020test]”It’s just great. It’s another big step in the right direction for the team.”

The team is due to become Aston Martin in time for the 2021 F1 season. But Perez believes Racing Point can enjoy a strong final year before its transformation.

“I think this year we’re going to see big results from us,” he said. “Obviously, right now, everyone is very confident but hopefully once we are in Melbourne we are able to do show to ourselves we’ve done good work throughout the last years

“The car is the work of so many years in the team. The team has gone through very difficult periods and I hope finally this car is the car that we’ve been waiting, all of us, for many years.”