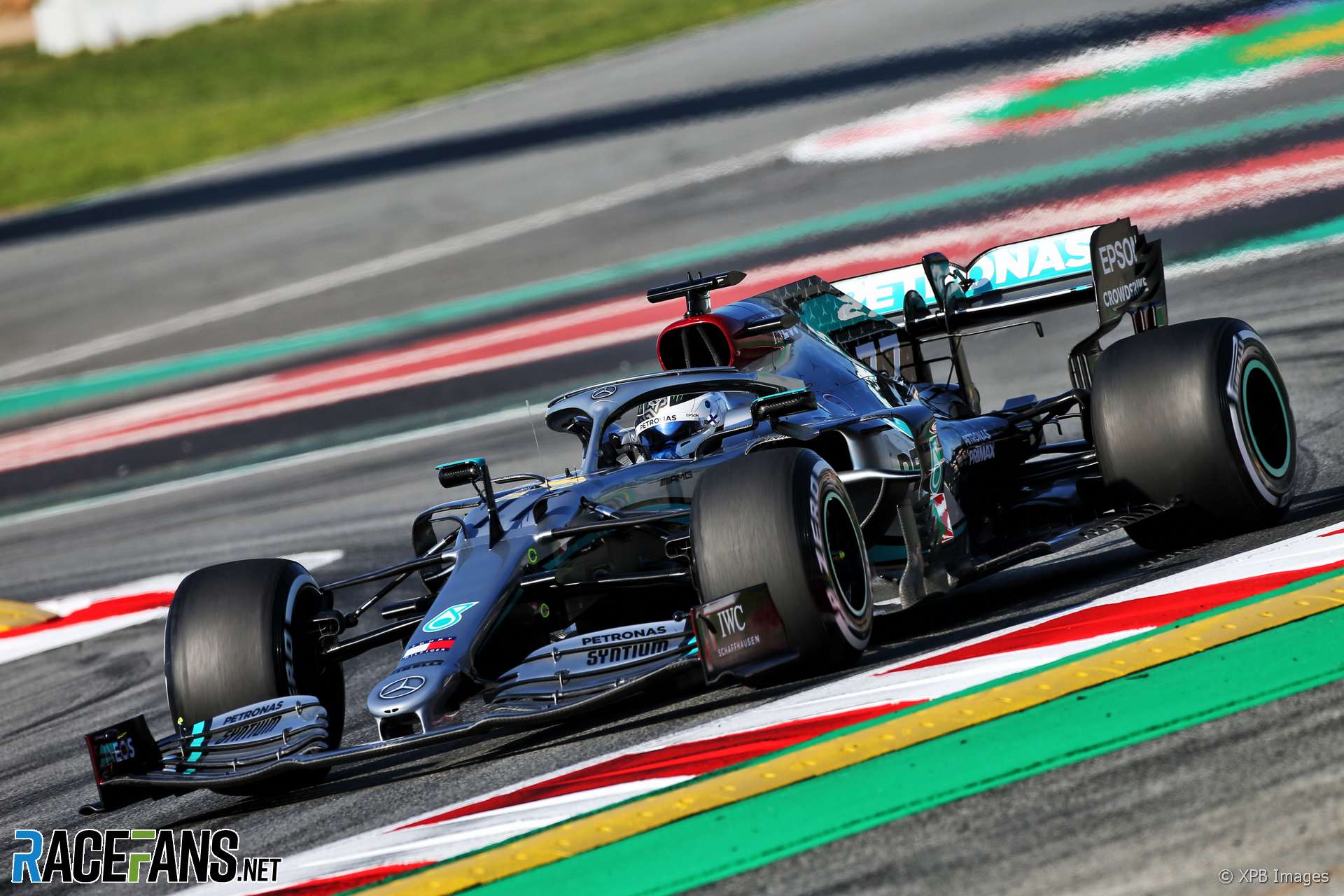 Valtteri Bottas and Sergio Perez were separated by just six hundredths of a second as the first four hours of pre-season testing came to an end at the Circuit de Catalunya.

Perez made an encouraging start for Racing Point, who like Renault revealed their 2020 car for the first time when the test began.

The busiest driver so far in the first day of pre-season testing was Red Bull’s Max Verstappen, who put 91 laps on his new, Honda-powered RB16.

All 10 teams demonstrated impressive reliability right from the start of the test, with all the drivers covering at least 50 laps at the home of the Spanish Grand Prix. There were no stoppages during the morning’s running, though Daniil Kvyat’s AlphaTauri had to be pushed back to the garage after making a stuttering getaway from his pit box at one stage. He ended up bottom of the times, but with no teams exploring the limits of their cars at this early stage, he was just 1.1 seconds off Bottas’s best.

The Mercedes driver, who like Verstappen has already completed more than a 66-lap race distance, will hand over to team mate Lewis Hamilton for the afternoon session.

[smr2020test]Ferrari’s Charles Leclerc, standing in for his unwell team mate, fell slightly short of that benchmark after Ferrari appeared to suffer a delay in their programme at one stage. They also deployed several of their mechanics to block the view into their garage at one point, the teams having been banned from using screens to hide their cars this year.

Williams were the first team to hit the track when the test began, making a clear statement about their readiness for the new season, 12 months on from their failure to have their 2019 car ready for the start of testing.

“The entire team at Grove have worked tirelessly over the winter to get the FW43 ready for when the lights went green in Barcelona today,” said deputy team principal Claire Williams.

Only Bottas and Verstappen completed more laps than George Russell covered in the FW43 this morning. “We have spent a significant amount of time and resource analysing our weaknesses over the past 12 months so that we can make progress in 2020 and beyond and I know everyone in the team will have been delighted to see their car out on track today,” Williams added.