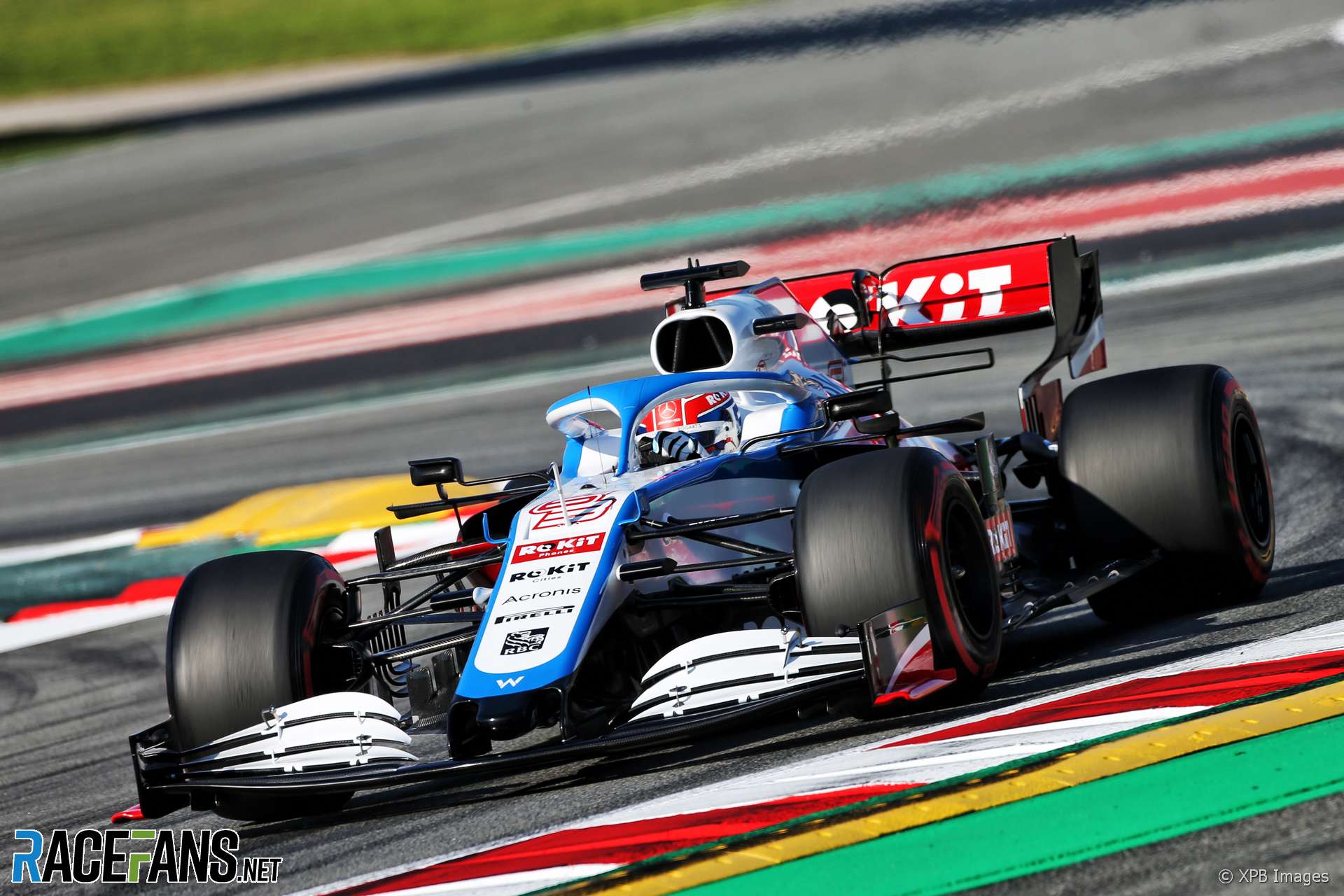 “Definitely the general handling of the car is much better,” said Russell in today’s FIA press conference with Kimi Raikkonen, Lando Norris and Alexander Albon.

“From lap one today I had confidence to push the car to the limit, whereas last year it wasn’t a nice feeling in the early laps. It was quite scary to drive, actually, last year, in the opening laps and trying to build that confidence. So already that’s better.”

However Russell said he isn’t just looking for a more benign car, but a quicker one. “Not always a nice car to drive is a fast car,” he said.

“It’s a lap time-based sport. It’s doesn’t matter how you get around the lap as long it’s fast, that’s all that counts. So it’s been improved in that area. Now we just need to see if we’ve managed to smash enough downforce onto the car to compete with the guys around me.”

Russell was the first driver to leave the pits at the start of testing, which he said was a psychological boost for the team.

“We had an intense morning planned to get everything [done],” he said. “And it was important to get out from the beginning.

“Also off the back of last year, I guess it was psychologically important for all of us and for everybody who’s worked day and night back at the factory to see their car go out first.

“From the struggles of last year it was incredibly tough time for the 700-odd people back at Grove last year when they’re working absolutely flat out to try and make things ready and work in double time. So now it’s sort of a relief for all and now we can just get cracking on our test programme.”

[smr2020test]The FW43 ran for the first time in a filming day on Monday. Russell said new the car has also been finished to a higher standard than it was 12 months ago, when the FW42 was only completed in time for the third day of testing.

“The build quality of the car is so much better standard than last year,” he said. “Things fit properly, the car looks better from a design perspective. So I think overall it’s been a very positive morning.

“But nevertheless, like I said before, come the end of the week and going into Melbourne it doesn’t matter if the car’s here on time or in one piece, it all depends on my lap times and we just need to focus on our program and just get the most out of these two weeks.”