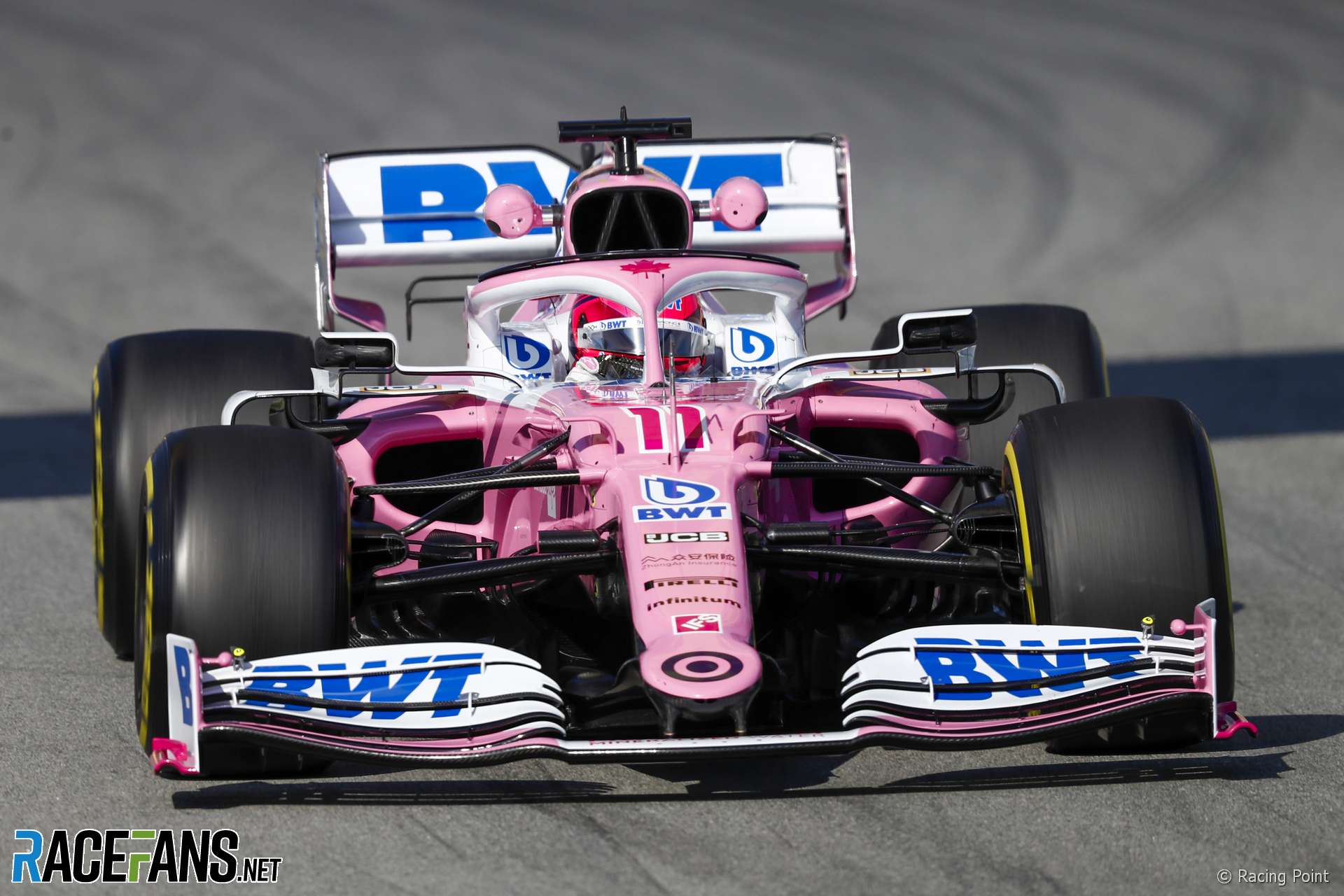 Racing Point’s RP20 became an immediate focus of attention when it took to the track.

[smr2020test]The team had promised to reveal a car which was clearly a departure from last year’s machine. It undoubtedly is, though it bears a strong resemblance to another 2019 car – Mercedes’ W10.

It was also quick out of the box. In fact, within the first two hours of the test beginning, Sergio Perez had already beaten the best time the team managed in the whole of last year’s eight-day pre-season test.

Remarkably, they managed this despite not even holding a shakedown test for the car, which the team were still working on late last night before its debut.

“As well as today being the first day of testing, it effectively acted as the shakedown of the RP20,” said performance engineering director Tom McCullough. “We were up late last night preparing the car but we managed to take to the track for our first installation laps more or less on time.”

As will be the case for most cars on the first day of running, the team hasn’t begun digging into the full extent of their car’s capabilities. “Today we focussed on completing systems checks and putting mileage on the car,” McCullough explained. “Later on we also began the aero mapping. The feedback from Checo and Lance [Stroll] has been positive and there were no significant dramas during the day.”

Racing Point weren’t the only ones smiling after the first day of testing. Williams not only had their car running at the start of the test – having missed the start of testing last year – the car looked quicker too.

They went faster than they managed during last year’s Spanish Grand Prix weekend, though they haven’t quite beaten their 2019 pre-season testing benchmark. It’s surely only a matter of time, though.

That will surely go for all of the teams. However Williams is the only team likely to cover more mileage than it managed last year. While testing has been cut from eight days to six last year, Williams only did six days’ running last year anyway.