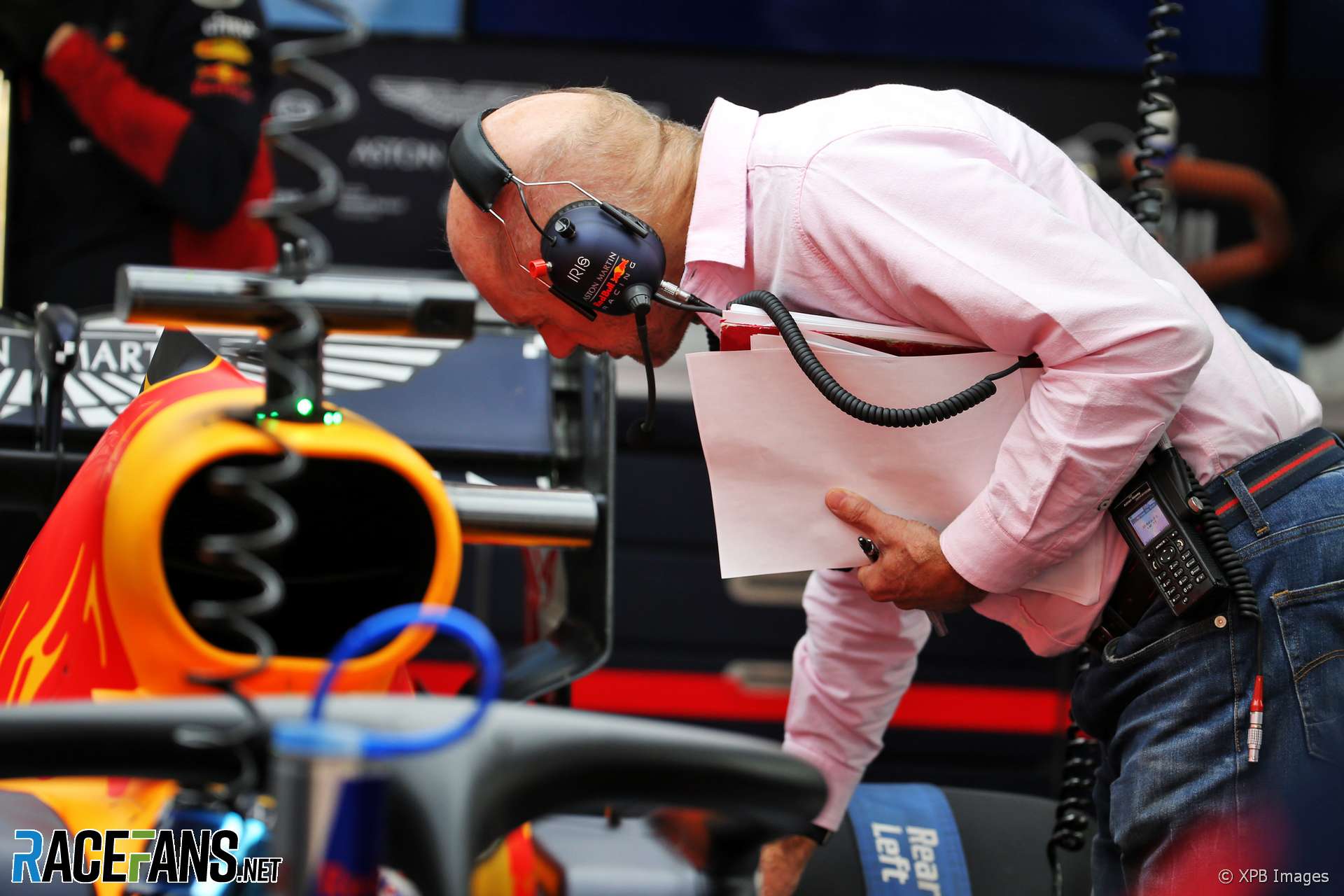 Red Bull’s chief technical officer Adrian Newey is already hard at work on their car for the 2021 F1 season, according to team principal Christian Horner.

The RB17 will be built to the drastically different set of technical regulations which will come into force after this season. Like its rivals, Red Bull is weighing up how quickly they will scale back their 2020 projects in order to free up resources to work on next year’s car.

“Of course it’s that balancing act this year because we’re pushing as hard as we can on RB16, but RB17 is a very different car to new regulations,” said Horner.

“So a lot of Adrian’s focus is already on RB17. You’ve only got a certain amount of resource and it’s how you carve that up without compromising current performance.”

“We’ve got, I think, enough focus on both campaigns at the moment, but of course there will gradually be a transition over after the first third of the year,” he added.

Red Bull is in discussions with Formula 1 Management over whether it will continue in the sport beyond the end of this season. Horner hopes to agree terms with them in the first half of this year.

“Talks are ongoing,” he said. “Hopefully over the coming weeks, we’ll get to a conclusion. There seems to be a motivation on all sides to get something done. When that’s the case, usually things tend to tend to happen.”

“I don’t think it’ll be before Melbourne, but I would hope in the first half of the year,” he added.

Asked what the main sticking point was, Horner said: “It’s always money, isn’t it? Inevitably there’s a few details that need thrashing out, but it it doesn’t feel like it’s miles away.”