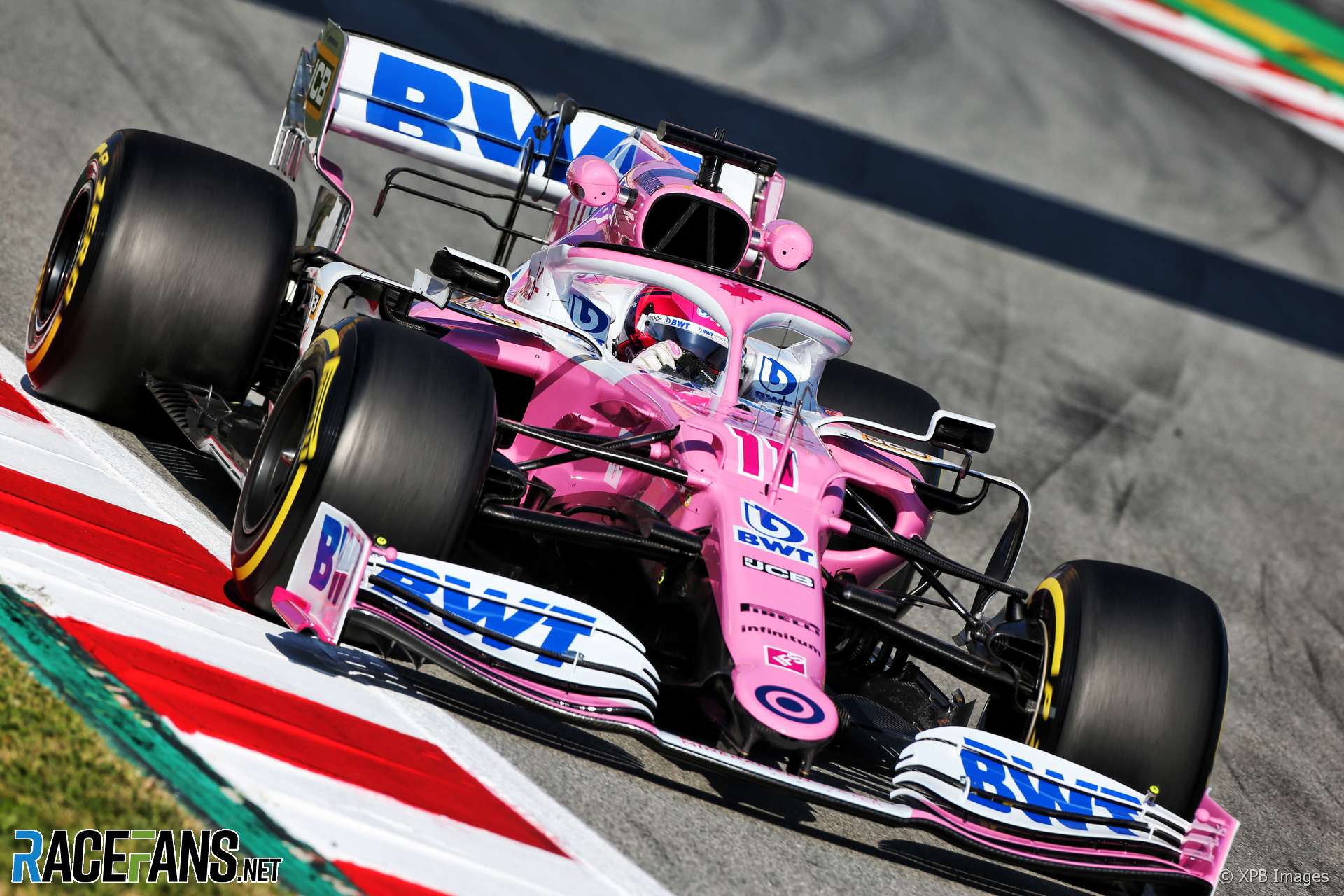 Sergio Perez and Daniel Ricciardo headed the times at the end of Thursday morning’s running at the Circuit de Catalunya.

[smr2020test]The Racing Point and Renault drivers set the best times of the test so far for their respective teams. Perez’s 1’17.347 puts the RP20 fractionally further ahead of the time achieved by its predecessor in last year’s pre-season test.

Lewis Hamilton was the busiest driver in his Mercedes, completing more laps than Perez and Ricciardo combined. But it was a technical innovation on his W11 which caught the attention of the team’s rivals.

Onboard video revealed Hamilton moving his steering wheel towards himself at the beginning of some straights and away again as he approached breaking zones, prompting speculation Mercedes have some novel system on their car.

Alexander Albon had his first run in the Red Bull RB16 and spent part of the morning getting comfortable in the car. He eventually covered 59 laps.

Despite suffering a spin at turn nine just seven minutes into the start of the session while carrying a large aerodynamic rig on his car, Pierre Gasly covered more than a race distance in his AlphaTauri, and set the fourth-quickest time. George Russell was similarly productive in his Williams.

Yesterday Charles Leclerc said Ferrari were not concentrating on performance from the start of the test and that appeared to still be the case this morning. But nor did he cover an especially large number of laps, Hamilton managing twice as many on his mammoth morning’s work.