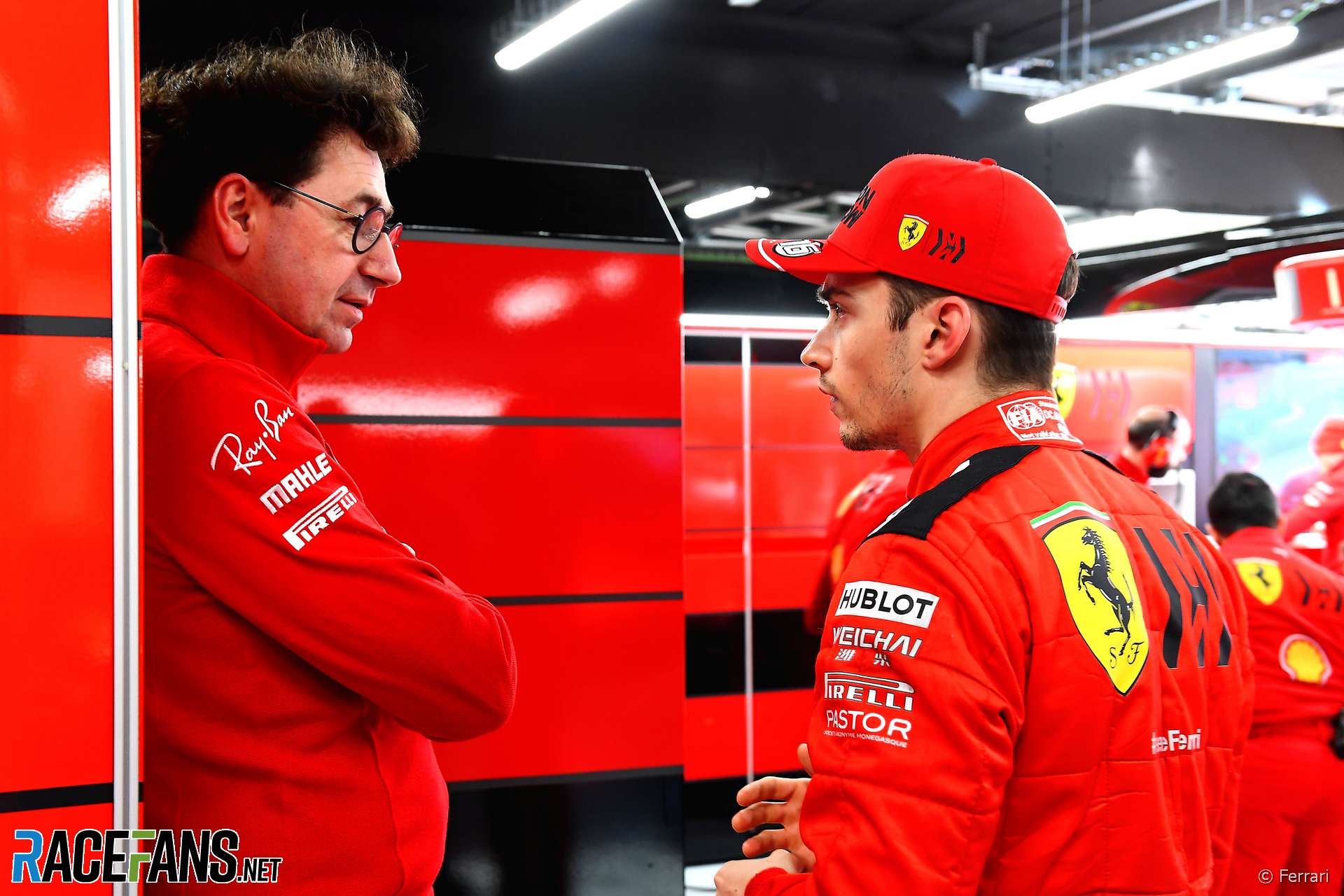 Ferrari team principal Mattia Binotto has ruled out the team introducing its own version of Mercedes’ Dual Axis Steering early in the season.

[f1tv2020testa]The DAS system was spotted on Mercedes’ W11 yesterday, prompting speculation they have stolen a march on rival teams with the device which allows its drivers to adjust the toe angle of the front wheels.

Binotto said the complexity of the system and potential safety implication meant there was no chance Ferrari could introduce a similar system in time for the first race of the year in three weeks’ time.

“I have no idea if it would be worthwhile or not,” he said, “but it’s certainly longer than that. It’s an entire concept design, producing homologation, just to be safe. So if it is, I think it can be like mid-season not earlier.”

He stressed the team “trust fully the FIA” to ensure the safety of the device, which Mercedes’ drivers operate by sliding the steering wheel back and forth along the steering column.

Ferrari had not considered a similar system before the Mercedes device was discovered, Binotto added, but will evaluate whether there is an advantage to be gained from it.

“I think we need to first obviously understand how it works and understand what would be the performance benefit. I don’t think that at the moment we’ve got any idea. But we will look into it, no doubt, and [whether] developing applications is worthwhile or not.”

However McLaren team principal Andreas Seidl indicated that creating DAS is not a priority for them.

“First of all, hats off to Mercedes for this kind of invention. It’s great to see in Formula 1. And also for all the publicity they created for Mercedes by that.

“I don’t know details about the system so I think it would be wrong to even judge it, what it brings and so on. For our side, because the next question is if we try to copy it, I think for us as a team where we are right now, there are other areas we have to focus on where we can make bigger steps than trying to put a system from Mercedes.”

23 comments on “Binotto: Not possible for Ferrari to copy Mercedes’ DAS before mid-season”