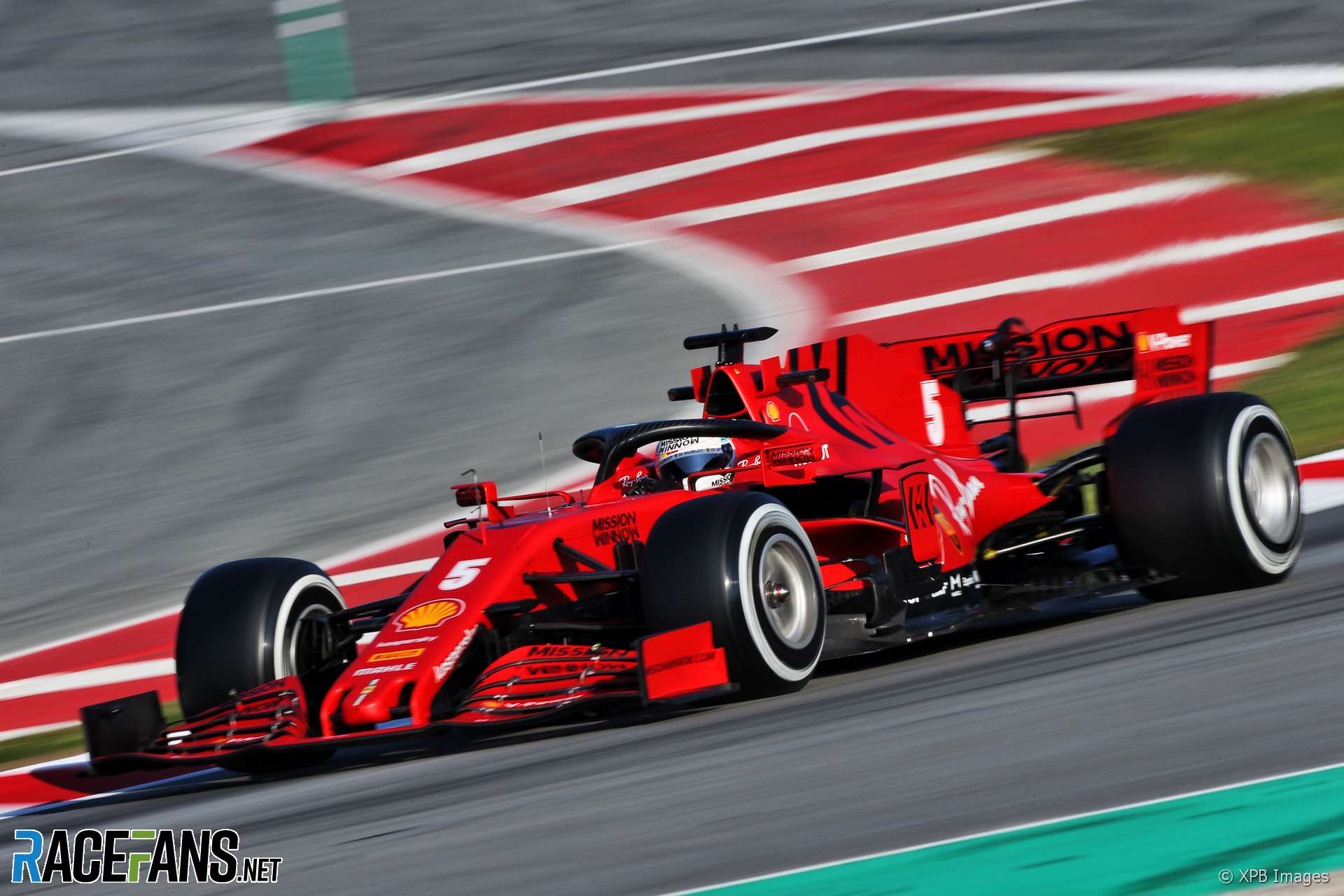 Ferrari team principal Mattia Binotto says he isn’t as optimistic about the team’s position as he was during last year’s tests.

[f1tv2020testa]The team’s analysis of testing lap times so far compared to its rivals indicates Ferrari are not as quick as the pace setters.

“Simply looking at the delta pace and eventually what we may assess in terms of fuel load – which you never know in terms of engine modes, et cetera – looking at the picture relative to ourselves, I think we are not as fast as they are,” said Binotto.

“I’m not as optimistic as last year,” he added. “The others are faster than us at the moment I believe.

“How much faster I think it’s really difficult to judge. We will go through all the data in the next days. But I don’t think we are as fast as them at the moment.”

He said it won’t become clear until later in the test exactly where the team is compared to the likes of Mercedes and Red Bull.

“Do we have any concerns? Certainly yes, when you are not as fast as you would like to be. But I think it’s really too early stage to define them and to understand.

“So these three days for us have been very important because at least we have collected all the data now to have a clear picture and better understanding. What will be even more important is to make sure that we are developing the car in the right direction.

“Having said that, it’s a very long season, 22 races potentially, so I think there will be time as well to recover eventually. But let’s wait for next week and let’s wait for Australia before to assess what’s the true performance of everybody.”

However Binotto admitted the team have “not looked yet for the performance” and “not optimised the car around the ideal optimum set-up.”

“I think that will be clearer next week,” he added, indicating the team is not planning any major updates for the SF1000 between now and the first race of the year.

28 comments on “Ferrari: We are not as fast as our rivals”