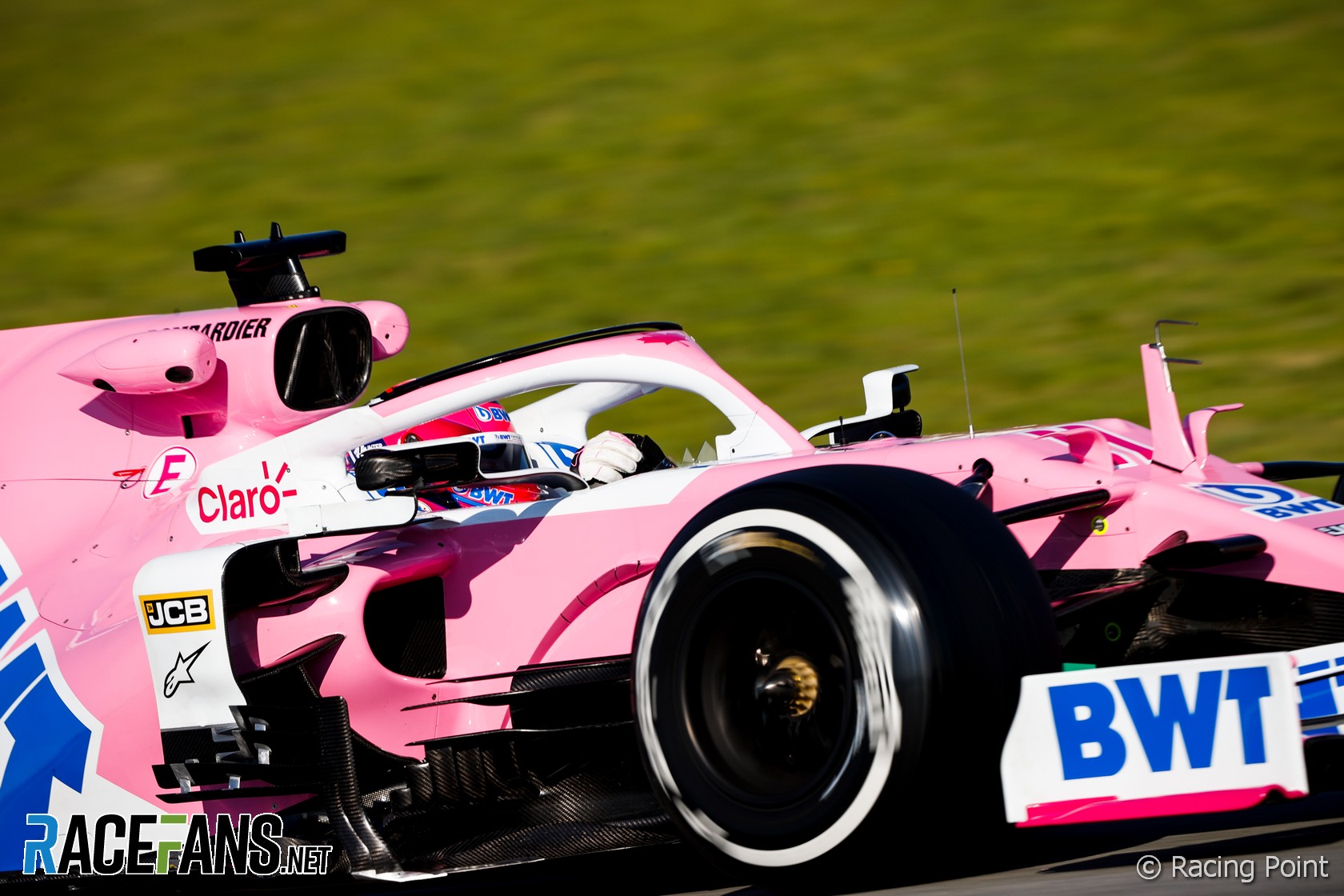 Formula 1 has compressed its pre-season testing allocation from eight days to just six this year, but some teams believe there is scope to cut it even further.

[f1tv2020testa]Racing Point sporting director Andy Stevenson says there isn’t a significant downside to the reduction of testing, and believes it could make for more interesting races at the start of the year.

“We have so many tools available to us now before we go trackside – we have our simulation tools we have us our simulator car as well, we have the wind tunnel – so we have a good idea how the car’s going to operate,” he told RaceFans.

“For the drivers, I think the six days is long enough for them to get match-fit, as we like to say. So they get a good understanding of how the car handles and how they feel in the car from a from a fitness point of view.

“From a sporting point of view, I think it’s actually better because it takes away a bit of the predictability. In the days when we used to have a lot more testing you could virtually guarantee what the grid would be when you got there. So it used to take away from the first event a little bit. But with just the six days there now, I think that all it’s going to do is add to the spectacle.”

Stevenson believes the sport could afford to cut testing further. “I could certainly see us going down to a one four-day test,” he said. “Because of the tools as designers and engineers we have available to us now, I think we could,” he explained.

“To me sometimes testing does seem a little bit wasteful in this age of everybody discussing sustainability. We all love our Formula 1 racing and when we go away and put a show on, something is really delivered there. But when we’re pounding around tracks on a dull winter’s day somewhere in the middle of nowhere, with no crowds there, no TV, that was always pretty wasteful.

“So I think we are going in the right direction. We’d be happy to see pre-season testing reduced still further.

“One thing that is important, though, is that we always have to consider safety. So I think it’s always wise that we get a chance to operate the cars just to make sure all safety systems are in place before we take them racing.

“It [feels] like a long day,” he said, “maybe the session doesn’t need to go to till six o’clock, maybe five o’clock would have been enough. It demonstrates how reliable these cars are.

“And of course, the less testing you have, the more unpredictable, particularly the early races will become. So it’s an argument to say maybe we could even reduce further.

“Just having one three-day test would be pretty challenging for the drivers. But that will then, of course, favour the more experienced drivers going into the beginning of the year.”

“As racing drivers what you don’t do on track you compensate every simulator,” he said in response to a question from RaceFans. “I honestly prefer to be on track than on the simulator.

“It’s weird [that] it’s going to be only three total days for a driver before the Formula 1 season starts. It’s weird and it’s probably the only sport in the world where you cannot train the sport you do so you go into race one with a lot of things to learn still. And with three days only per driver, six days in total for a team it’s even trickier.”

Valtteri Bottas said he would prefer not to see a further reduction in testing.

“I think eight days was a pretty good amount,” he said. “You could get a lot done and if you had some issues you could still kind of recover.

“With just being six days it limits your opportunities to try many different things and learning if you have a lot of issues. I think just four days would be very short time.

“But obviously nowadays the cars are running better and better straight out from the box thanks to all the simulation tools and improvement in the technology. I think there’s a good amount for now, maybe in the future we could do less. But for now I think it is pretty good.”