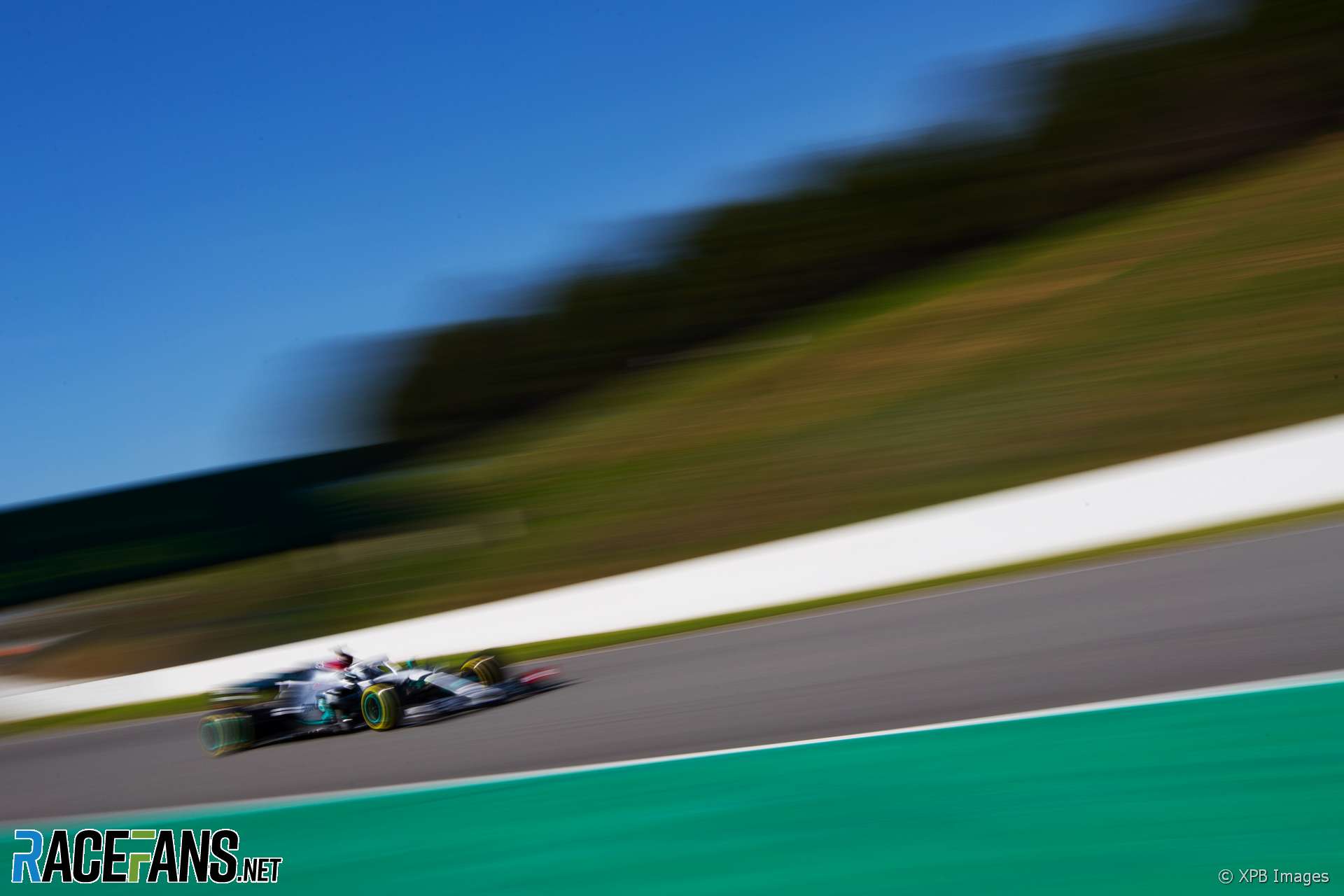 The new generation of Formula 1 cars look set to be the fastest ever following the first week of testing.

Last year’s champions Mercedes are already almost half a second quicker than they were at the same test last year. Corners like turns three and nine at the Circuit de Catalunya, where drivers were once forced to lift, are now merely curved straights.

Drivers from midfield teams were tackling them without lifting on their second lap of testing on a stone-cold track. And those lucky enough to be in silver cars found even greater potential from their cars.

“It’s a lot of fun” grinned Valtteri Bottas on Friday, after setting the benchmark time of testing so far. “Especially today when I finally got to do at more performance running type of things. Actually pushing the car more was really enjoyable.

“It’s so impressive, every pre-season test it blows your mind how quick the cars are especially though to the high-speed corners. Obviously every year you get improvement in terms of how the car drives and behaves and a similar thing with the engine. Things are just getting better and better and more advanced and so very much enjoying myself and the grip of the G-forces and the power and everything so good fun.”

The current generation of Formula 1 aerodynamics arrived in 2017. A loosening of the regulations and a widening of the cars gave designers more freedom to pile downforce onto the cars. A target to knock five seconds off lap times at the Spanish circuit was comfortably beaten. Times have fallen by another 3.7 seconds since then.

That trend is expected to be reversed next year when F1 imposes new technical regulations on the cars which are both radically different and much more restrictive than what teams enjoy at present. Surface aerodynamics will be simplified, though some downforce recouped through large underbody tunnels. The cars will also be heavier, slowing them yet further.

Some teams have chafed at what they see as a stifling of innovation. But for many the goal of these changes – allowing the cars to race together more closely – is one worth pursuing.

They also differ over how much slower next year’s cars will be. F1 has made steps backwards in the past, invariably due to changes in the rules. The introduction of the current V6 hybrid turbo engine format, for example, saw lap times at the Circuit de Catalunya rise by over four seconds.

Exactly how much slower F1 cars will be next year is a matter of some conjecture. Racing Point team principal Otmar Szafnauer suggested last year the performance loss will be as much as seven seconds per lap; McLaren technical director James Key suggested they “could actually be quite close”.

But the impact of the new rules for the 2021 F1 season won’t just be felt in how much slower the cars are initially, but how much scope the teams have to make them faster. Formula 1 has talked in terms of reducing the gains teams can find from refining their designs to hundredths rather than tenths of a second.

The designers and engineers may hate the idea, but as much as drivers enjoy the performance levels F1 can reach, many see it as a trade off worth making. “It’s great to do lap records but to be honest, I prefer good racing,” said Max Verstappen last week.

“The cars are amazing to drive. I mean they are super-fast. And for sure we’ll breaks some lap records.

“But when you’re following a car, it’s just impossible. There is such a big downforce loss. And of course, every year the cars are getting faster so it’s just getting worse and worse. Definitely for next year I think the cars will not be as enjoyable to drive. But I just hope that the racing will be better.”

However much slower F1 will be next year remains to be seen. The teams’ battalions of engineers will have the final say on the matter, and are never to be underestimated. But if the sport does lose its ‘mind-blowing’ performance, hopefully we will have the consolation of mind-blowing races instead.