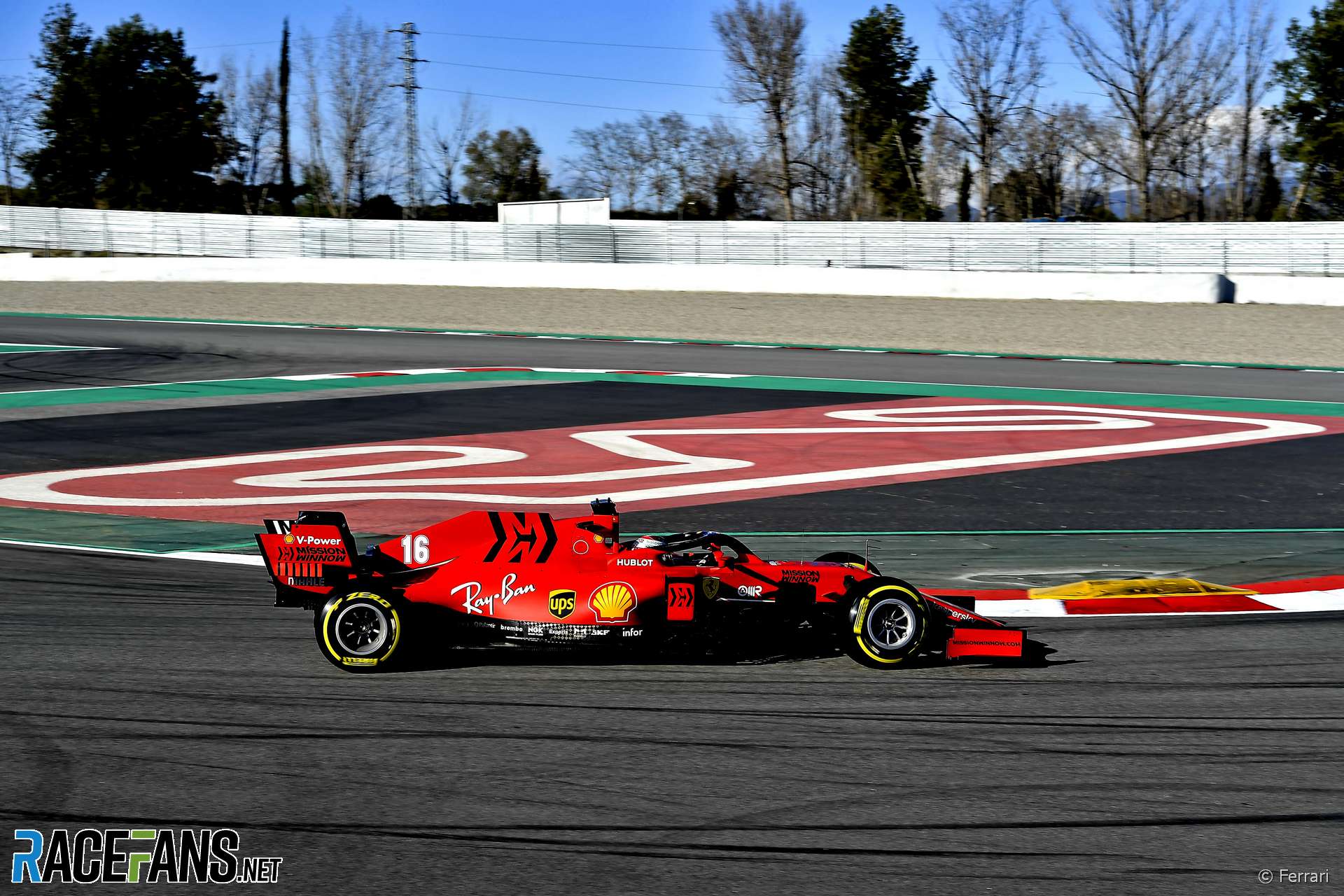 The main area Ferrari has improved with its 2020 F1 car can be seen in the slow final sector at the Circuit de Catalunya, says Charles Leclerc.

Slow corner performance was a key weakness of Ferrari’s 2019 car. Although the team has not yet appeared towards the top of the times sheets during testing, Leclerc says he can feel an improvement in the car at the slower points on the track.

“Sector three is the most technical one where they are the most corners,” he said. “And on that I’m pretty sure we have improved and I can go quicker through the corner. So this is good. That was the goal for this year. And I think on that we are we are fine.”

Ferrari said its target for the SF1000 was to generate more downforce, potentially by sacrificing some of the straight-line speed advantage it enjoyed last year.

“I think the biggest strength is the speed around the corners,” said Leclerc. “But for now, we still need to work on the balance of the car to just try and put the balance a bit more together from from entry to exit some of the corners. But that’s something that is normal during testing.

“To see the proper weaknesses, I think we’ll we’ll have to wait and see for Melbourne qualifying once everyone is at the same fuel level, when everyone is trying to push their car at the maximum. Then obviously we’ve got the data of everyone in the paddock so it will be pretty clear where we are losing.”

Last year Ferrari believed it was in strong shape when it left testing, but finished the first race of the season behind both Mercedes and a Red Bull. Leclerc admitted he can’t be sure of the team’s true position in the competitive order at the moment.

“I don’t even know exactly where we are at,” he said. “We are focussing on ourselves.

“Last year I thought I had understood more or less where we were, but I didn’t, arriving at the first race. So we are working well.

[smr2020test]”On the other hand, we are we are seeing that lap time-wise, even though it’s not very significant, we are a bit down compared to Mercedes or Red Bull. So we are trying to work as much as possible and then we’ll see where we end up.”

The team’s development work today was compromised by the windy conditions, Leclerc added.

“It was a very difficult afternoon, to be honest. There was quite a lot of wind. I struggled quite a lot with the wind this afternoon, generally, quite a bit of mistakes driving-wise.

“We’ve been working on the car but the only reference we had basically was today also comparing with the morning or the three days earlier this week was very, very difficult. Mostly because of the wind.”

8 comments on “Leclerc: Final sector reveals where Ferrari has improved most”