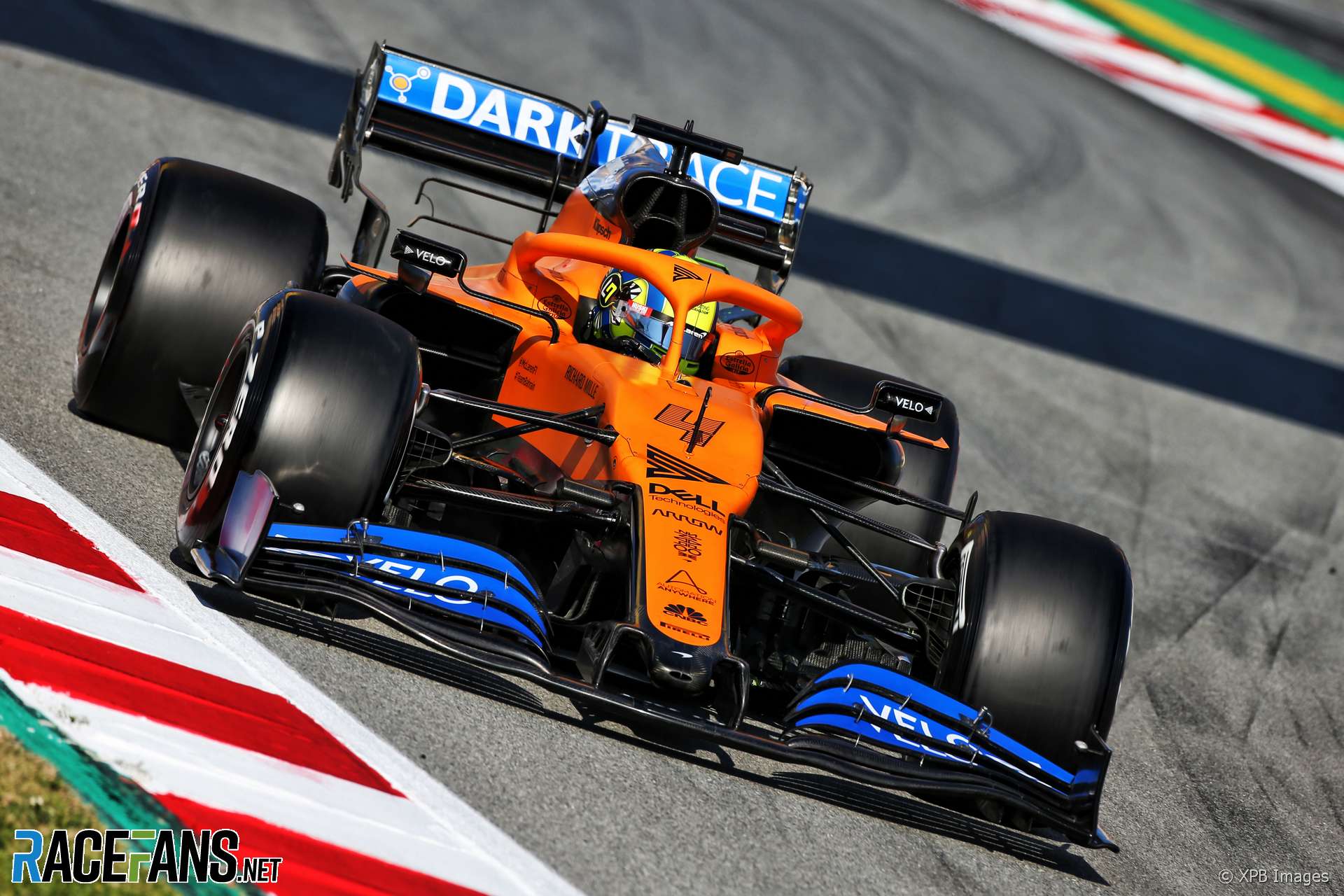 In the round-up: Lando Norris says he can already detect improvements in his driving style compared to last year.

[f1tv2020testa]Norris said he could feel improvements in his driving after his first full day in the McLaren:

A tough day, especially for the neck, but it was productive. I think a lot of things learned for the team, a lot of things than for me and already I feel like I’ve improved on a couple of things which I wanted to improve on such as the long-run pace and management of tyres and so on.

We did a variation of a lot of things, the aerodynamic runs with the rakes on. No low-fuel stuff because no one ever does them. A lot of high fuel, a lot of set-up changes, trying to get an understanding of what this car does and how set-up changes affect this car course because even though you do ride height or front wing or rear wing or something it can still affect the car in different ways to last year.

So just trying to get a bit of a reading for how this car changes and drives compared to last year. But apart from that, pretty straightforward.

I'm far from a dedicated follower of fashion but even I can appreciate @LewisHamilton's latest look. Sadly, you have to wonder how well it would go down at some stops on the #F1 calendar. pic.twitter.com/08Owsms5Hy

Christian Horner's verdict on the first week of testing.

And here's @LandoNorris after finishing third at that kart race behind Janneau Esmeijer and San Schippers (and getting a soaking!) pic.twitter.com/PCmS3qVXlQ

"It’s just talked up more than it should be because they’re both in a great situation. It should be the easiest contract to talk about because (of what) they’ve both achieved. So just make it happen … and we can focus on the actual racing."

"The driver who (finishes) tenth in the Saturday race will start from reverse pole on Sunday, while ninth will start from second. eighth from third, all the way to the race one winner starting from tenth (in) race two. Moreover, the number of positions eligible to score points in race two has been increased to the top 10 drivers. The points for the first five positions will remained unaltered (15, 12, 10, 8, 6) with sixth now earning five points, seventh place four points, eighth three points, ninth two points and 10th one point."

Season opener could move due to Coronavirus (Sportscar365)

"SRO Motorsports Group has revealed a contingency plan in case it cannot host the GT World Challenge Europe opener at Monza due to the outbreak of coronavirus in Italy."

"They say it's a handicap, but it decides who is going to win. We knew before coming into the race. It's the worst race I ever had. If we keep this (Equivalence of Technology rule), nobody will come to these races."

"On Tuesday a government spokesman said public transport minister Melissa Horne would intervene to broker a deal and the government would drop the legal action in exchange for the union calling off the March strikes."

Could F1 borrow an idea from American off-road racing to reduce the danger from debris on track?

In American short course, off-road racing, every piece of bodywork has to have the owner cars race number on the inside, and more importantly, the teams have to pay a penalty for each pound of body work they lose during a race. This massively encourages the teams to keep their body work attached and in whole.

Granted F1 cars don’t lose body work, but they do lose a lot of small carbon aero bits. Maybe start charging them for the debris they leave on track – they might start being attached more securely!
Xcm

15 comments on “Norris: I’ve already improved in some areas”