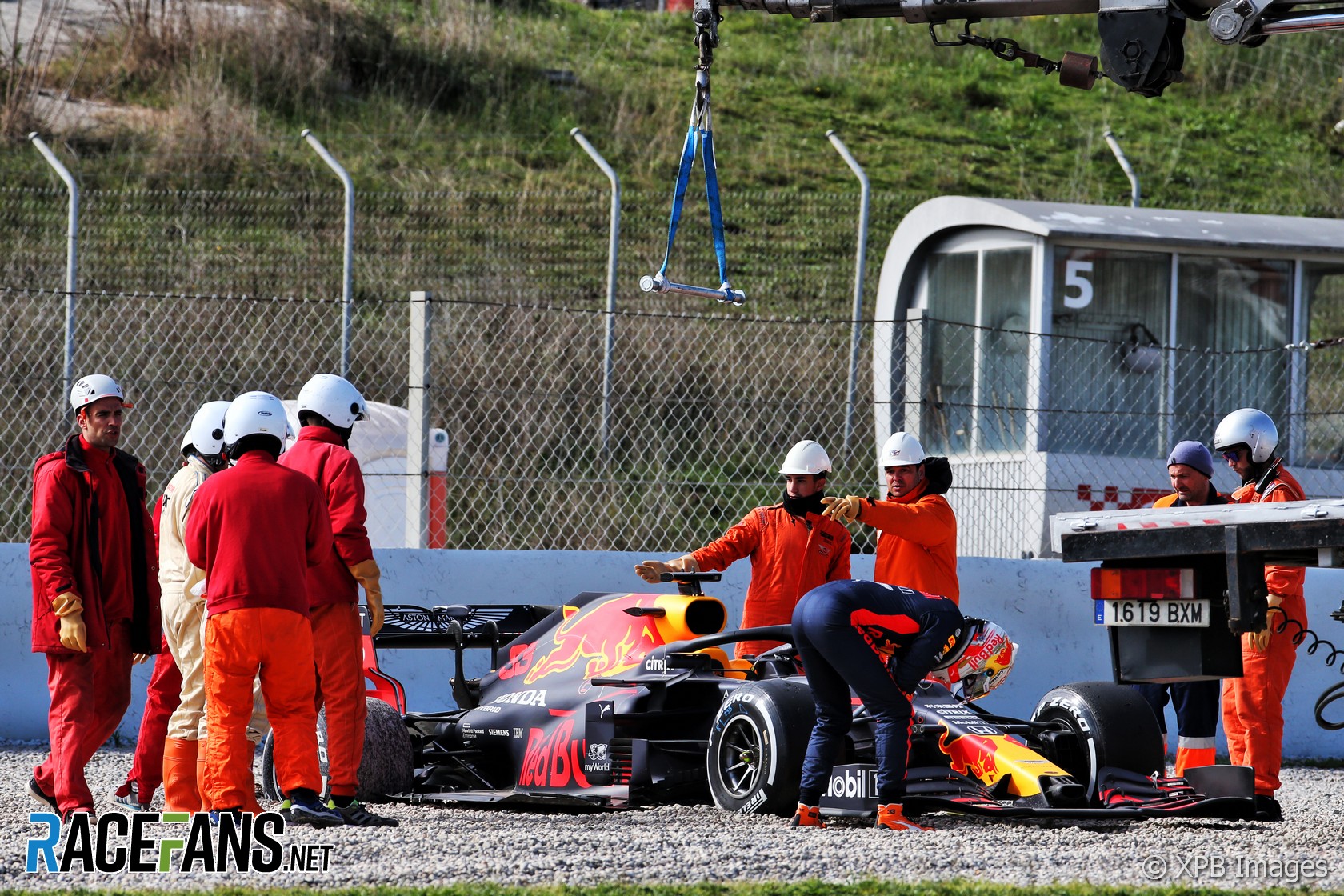 Max Verstappen admitted he didn’t notice the damp patch at turn five when he spun into a gravel trap during today’s test.

The Red Bull driver, who has had several spins over the five days of testing so far, came to a stop in a gravel trap. The session was red-flagged while his car was recovered.

“I think I just touched the white line and it was still a bit of a damp patch, which I didn’t see in the car,” said Verstappen. “But on the onboard afterwards I saw it.”

Damp conditions on the fifth day of testing limited how much running the teams did in the morning. “It was a bit of a shame in the morning with the weather,” said Verstappen, “but it’s the same for everyone.

“But we were able to test all our things and get an understanding of the car. And I think so far we are pretty happy about it.”

Red Bull have covered more laps than anyone bar Mercedes in the test so far, but haven’t done as large mileages in the second week of the test as they did in the first. Verstappen says this was intentional.

“It was never the target to run as much as last week,” he said. “I think we have done our long runs and everything. It’s sometimes also a bit boring.”