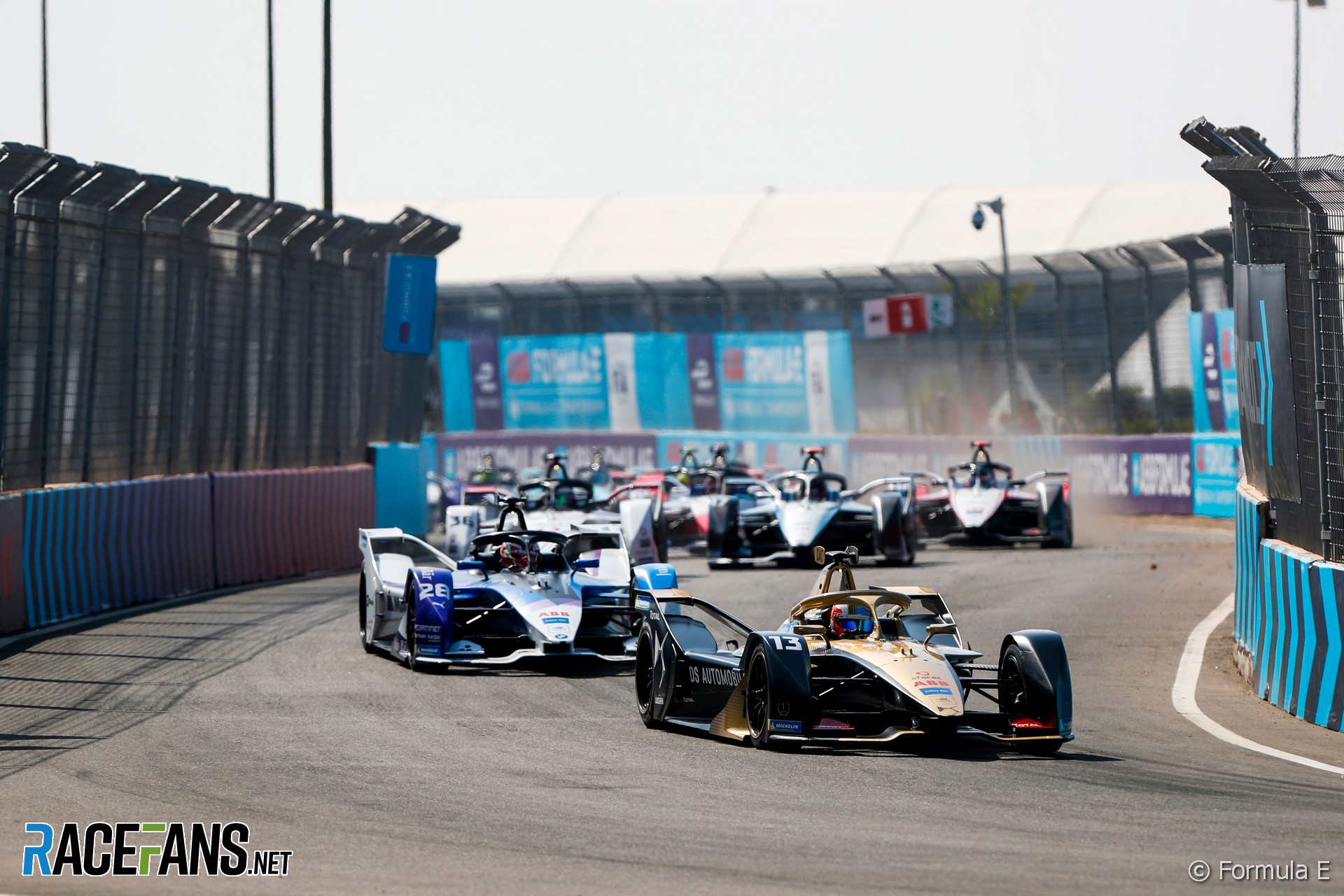 Antonio Felix da Costa won the Marrakech Eprix after a race-long battle with Max Guenther. The victorious DS Techeetah driver was joined on the podium by his unwell team mate Jean-Eric Vergne who impressively raced from 12th on the grid to take third.

Jean-Eric Vergne, who missed yesterday’s first practice session entirely due to a migraine, was already up to third within the first 15 minutes of racing, despite starting from the sixth row.

With just half an hour left on the clock, Guenther took over the lead from Da Costa. This looked like a tactical move from the Techeetah racer, tucking into Guenther’s slip stream, allowing him to save energy on an extremely high consumption course. Guenther was advised on the radio to watch his energy use.

Guenther’s radio messages grew more urgent as the race wore on and cars closed up behind him. With 18 minuted left the pack was much closer than it had been when he and Da Costa had initially got away, due to his energy-saving. Da Costa responded by activating Attack Mode and retaking the lead, leaving Guenther to fend off the attentions of Vergne.

Pascal Wehrlein pitted shortly afterwards due to a puncture. He emerged second-to-last, the delay spoiling a good recovery drive from an unusually low qualifying positio.

Vergne made his move on Guenther with eight and a half minutes to go, grabbing second place and a potential one-two finish for DS Techeetah. Guenther didn’t concede easily, the fight between the two allowing Da Costa to draw out a seven-and-a-half second lead.

By the final lap, the two were still battling for second with Vergne on just 3% of usable energy. Guenther finally wrested the position from him, and Vergne coasted over the line on zero, just holding on to third from Buemi behind.

Da Costa took the chequered flag with an 11 second lead, taking his first win for DS Techeetah after his move to the twice-champions.

Da Costa’s victory makes him the ninth different winner in as many races, stretching back to last season, and gives him the lead of the championship by 11 points. DS Techeetah also lead the teams’ championship.