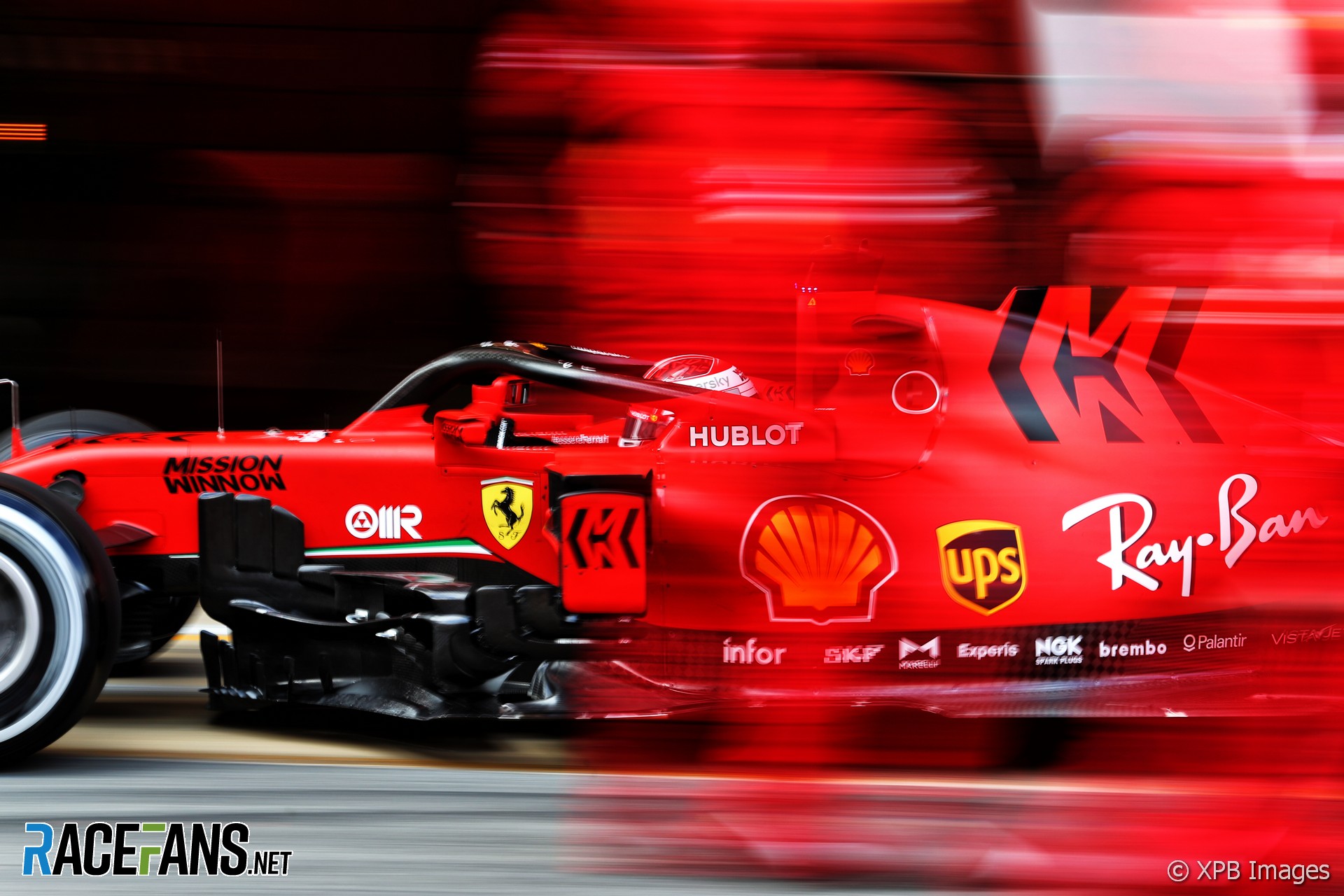 A grizzled gentleman pushes a wheelbarrow filled with a hay past a harbour customs point, as he has each morning for the past 40 years. “That’s it,” he tells the customs official, “I’m 65 today, I’m retiring.”

Says the official: “We regularly sent the hay for forensic tests, checked the tyre innards, analysed paint samples, poked into the frame’s tubes, but found nothing. What have you smuggled? We’d like to know so we can catch others.”

“Grant me confidential immunity from prosecution, and I’ll tell all,” he replies. With heavy suspicions but no proof as to what he’d been up to, the official agrees, and gets his answer: “For 40 years I smuggled one wheelbarrow per day…”

This anecdote sprang to mind on Friday evening when the FIA released a statement which rocked the F1 paddock: “The FIA announces that, after thorough technical investigations, it has concluded its analysis of the operation of the Scuderia Ferrari Formula 1 power unit and reached a settlement with the team. The specifics of the agreement will remain between the parties.”

Both the timing of the FIA release – minutes before the final pre-season test ended – and the secrecy clause provoked widespread suspicion. The old chestnut of FIA standing for ‘Ferrari International Assistance’ reappeared on social media.

Suspicions had long lingered in the paddock that Ferrari had managed to circumvent F1’s fuel flow and/or oil burn regulations, obliging the governing body to examine the matter in-depth. However during last year’s Mexican Grand Prix an FIA official admitted to RaceFans they had checked Ferrari’s entire fuel system and were none the wiser.

As part of its investigation the FIA also checked (unspecified) Ferrari customer power units and those of another unnamed supplier. Adding to the intrigue, Ferrari appeared to lose performance in the latter stages of the season. At the time team boss Mattia Binotto denied that this was in any way related to a clampdown on Ferrari’s engine operating procedures.

RaceFans understands suspicions over the working of Ferrari’s power unit led to new rules for 2020 adding a second sensor to monitor fuel flow. To compensate for the required plumbing, a late tweak to the rules raised the minimum weight limit by a kilo. In 2021 a standardised fuel system will be introduced, further restricting what teams can do in this area.

Investigations into Ferrari’s 2019 system are believed to have continued well into the winter break, with a ‘settlement’ seemingly reached on condition that Ferrari shared its ‘secret’ with the FIA to enable the governing body to better monitor power units and plug any regulatory loopholes. The deal suggests Ferrari’s technology was untraceable once the power unit was switched off – however this would not infringe the rules.

For its part it is likely that Ferrari insisted on confidentiality and non-disclosure of its technology in order to protect its intellectual property – or that of its suppliers – which could have commercial applications. While there is no indication Ferrari’s system was illegal – rather, extremely clever and difficult to trace – exactly what was being done remains unclear.

During the Russian Grand Prix a source suggested that Ferrari was unique in running oil-based intercooler fluids, which seep into the fuel mixture under pressure, thus boosting engine power. This theory is given credence by the final paragraph in the FIA release, which stated the settlement will “assist the FIA in other regulatory duties in Formula 1 and in its research activities on carbon emissions and sustainable fuels.”

The obvious deduction, then, is that Ferrari’s intercooler system played a performance and/or reliability-enhancing role, but that this could not be proven beyond all doubt in either the FIA’s International Court of Appeal or a higher court of law, to which Ferrari could have reasonably been expected to turn in the event of a sanction.

Accordingly, the FIA had no alternative other than to offer a ‘wheelbarrow’ deal to Ferrari in the hope of closing off whatever loopholes there were in the regulations, and enabling the governing body to monitor fuel systems. None of this will appease the critics, as confidentiality clauses never do.

However, without that settlement the monitoring of future fuel systems may well prove impossible, and Ferrari (and its suppliers) are open to monetise whatever technology they developed.

Of course there may also be implications for this year’s championship. Have the new restrictions already had an effect on Ferrari’s performance?

During last week’s test Ferrari were not as quick on the straights as their rivals. Was the cause a reduction in engine power, and if so was that due to the rules changes or simply the team using less potent engine modes to guarantee reliability and maximise engine mileages?

Whatever it was, Binotto insisted the team weren’t ‘sandbagging’ and disguising their true speed. “We are not hiding so I think that’s our performance,” he said.

“It’s difficult to split on the straights what’s drag [and] what’s power. But certainly we are down on speed compared to other competitors and I think that’s affected by one way from the drag, the other certainly from the reliability programme we have in place.”

Once we see the 2020 cars up against each in qualifying, there will be less room for doubt about how Ferrari’s performance has changed, and whether it is down to last week’s surprising statement.