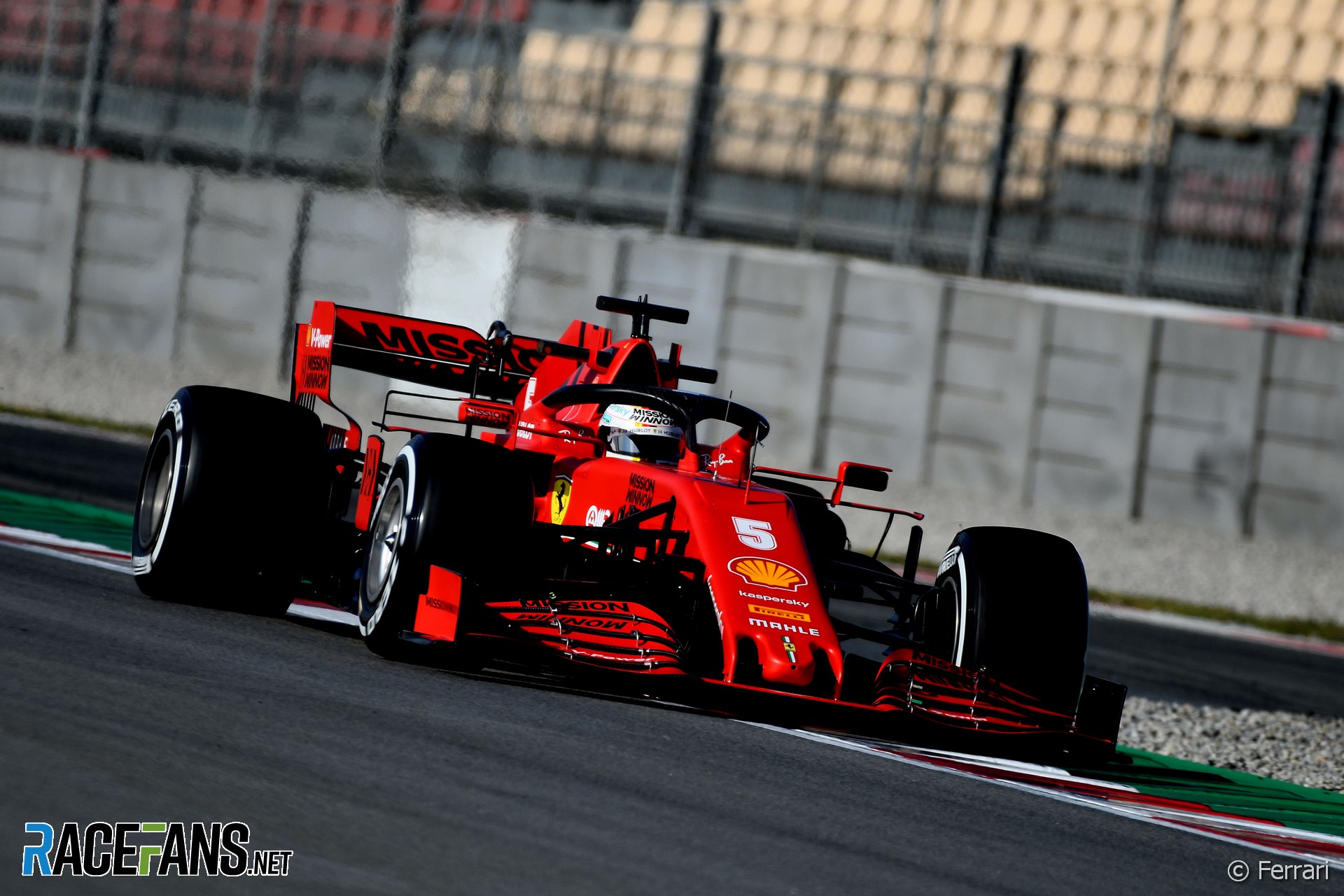 Ferrari believe their new SF1000 will perform better in race trim than it does over a single flaying lap in qualifying.

The team has targeted more downforce from its new car, which it believes it has found, but team principal Mattia Binotto admitted their straight-line speed was not as strong in pre-season testing.

“If you look at the picture of the winter testing I think we’ve got, relative to the others, a better – doesn’t mean the best – but a better race pace compared to the quali pace. I think we’re suffering a bit more on quali simulation compared to the race simulations. Something on which we need to understand, analyse and eventually address it.”

Sebastian Vettel said he saw the same trade-off in performance with the car.

“We’ve worked very hard over winter and I think our car is a step forward,” he said. “Currently, it does come with some more drag but I think we are aware and we are pushing as hard as we can to try and get rid of the drag, make it efficient.

“But we also believe that come race day, it gives us an advantage the way it is set up now. So we will see.”

The Ferrari team have downplayed expectations of their new car and claimed it is unlikely to set the pace at the season-opening Australian Grand Prix.

“I think it will be key to obviously develop the car, especially since it seems that we’re not the very fastest right now,” said Vettel. “We have some work to do. But if that’s what it is, then that’s what it is, and we take it from there.”