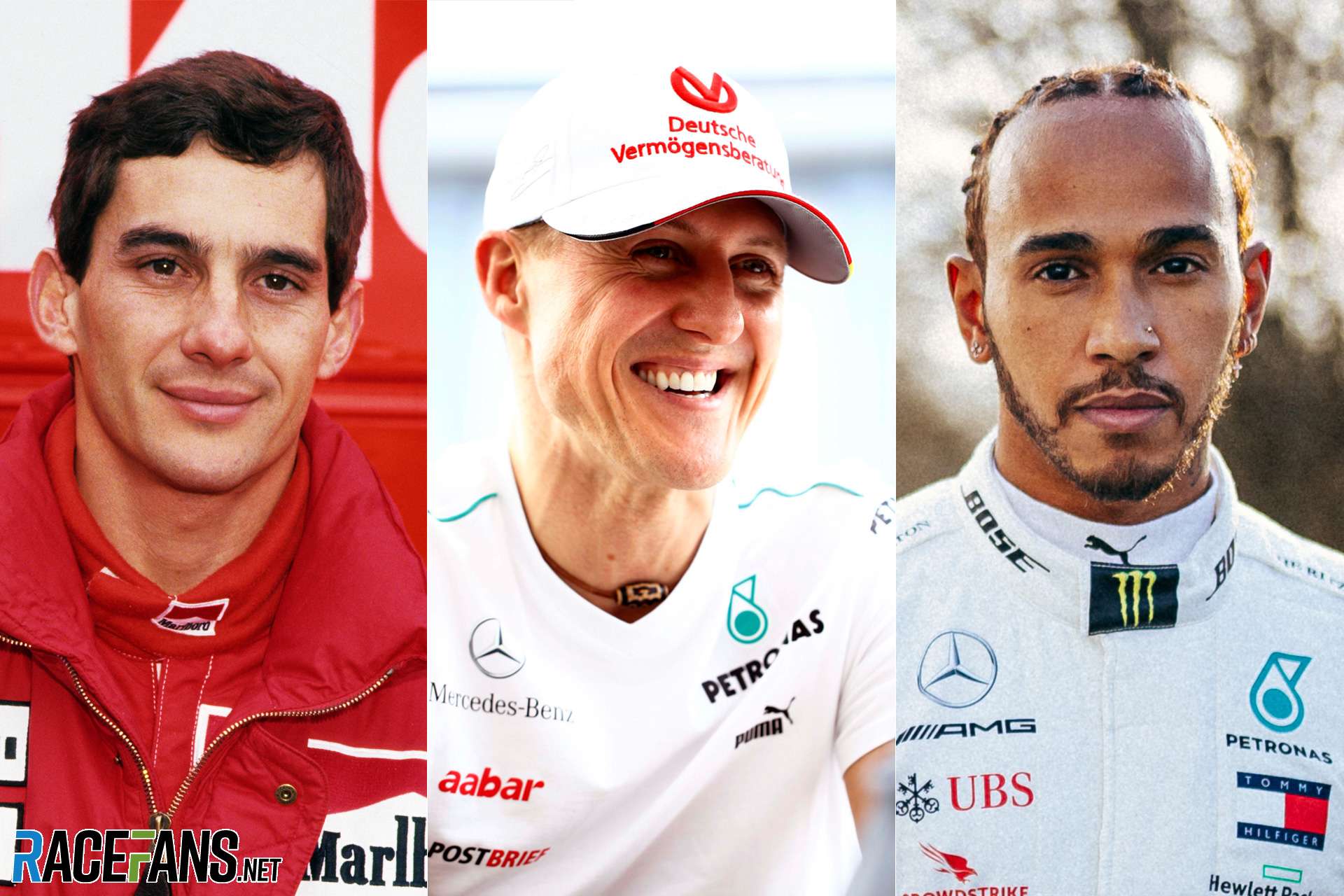 There are three questions are I get asked more often than any others.

One is “which is your favourite grand prix era?”, which we tackled last year.

Another is one of the trickiest questions to answer about Formula 1 racing: “Who was the greatest grand prix driver of all time?”

The complex nature of Formula 1 makes this an incredibly difficult topic to tackle. The championship now spans seven decades, nearly 900 drivers and over 1,000 races. Among the most successful drivers over 100 have won races and 33 lifted world titles, although even that is not necessarily a sign of greatness – as the championship-less Stirling Moss proves.

During F1’s lethal years the careers of many potentially great drivers too often ended prematurely. On the other hand, drivers such as Jim Clark and Ayrton Senna achieved greatness even before paying the highest price.

Whereas the basic ingredients of cricket, tennis, football and other balls sports remained largely static over the ages – balls, boots and bats have not essentially changed; rulebooks and pitches remain similar – F1 has changed almost beyond recognition since 1950, as a simple comparison of its ever-evolving technologies shows.

Would a Juan Manuel Fangio have delivered such sublime performances in gizmo-dominated mid-engined light-weights; could sprint specialists like Michael Schumacher have handled the three-and-a-half hours (500-kilometres) demanded by the original Nürburgring Nordschleife; how would a Lewis Hamilton fare without real-time input from his race engineer?

I believe the only true arbiter of driver skills is his – and, hopefully soon, her – ability to master the prevailing technologies and challenges of the day. These have all changed demonstrably over time, making direct comparisons absolutely impossible, and largely meaningless.

Comparisons of overlapping team-mates – Driver A was quicker than Driver B at Team X But B was quicker than C at Team Y… – tend to overlook experience curves and crucial internal factors. After all Ronnie Peterson out-scored Niki Lauda at March in 1972, and Jody Scheckter won the 1979 title for Ferrari, with Gilles Villeneuve second.

[smr2020test]Of course there are overlaps, but each decade was defined by its bracketed technology, and this gives us a broad framework to work in. So who was the definitive driver within each decade?

There is no doubt Fangio bestrode F1’s first decade like a colossus, winning five titles and a then-record 24 grands prix during extremely dangerous times. He is the only driver on my list whom I never saw race, but his record speaks for itself.

Jim Clark was king of the sixties, whether in his lightweight Lotus 25s and 33s or, all too briefly, the sublime 49. He, too, had a win record-setting career despite it ending far too soon. There is no doubt he would have added to his two titles but for tyre failure in a Formula 2 race.

Ultra-professional Sir Jackie Stewart followed his compatriot, setting records on his way to three titles and is still the only British world champion knight. Undoubtedly my choice for the seventies.

Selecting the next driver is more challenging, for three are in contention: Lauda (who also qualifies for seventies nomination); Senna (who could achieved much more); and stealthy Alain Prost. In my opinion it comes down to Niki, whose title-winning return during the eighties after all the Austrian had endured in 1976 clinches it.

Senna and Prost figured large in the nineties as well. The popular choice is Senna and so it is on my list, by a whisker: But for that fateful day in May, he could have raced to rarer heights and the course of F1 would have been so different. Senna simply stood out, and Prost loses out, albeit by a slender margin.

The 2000s belong to Schumacher, no question – having led Ferrari’s resurgence, in turn raising the bar ever higher. And the current era has been utterly dominated by Hamilton, who mastered the complex hybrids like no other. Thus, to recap my short list: Fangio, Clark, Stewart, Lauda, Senna, Schumacher, Hamilton.

How could any driver on that list even be considered above another given the enormous changes to F1 over seven decades? Thus selecting my ‘GOAT’ is an impossible task, and even attempting to do so does the remaining sextet a gross disservice.

Still, I nominate three standouts: Stewart, Lauda and Senna – in chronological sequence, mind – but, who knows, Hamilton could oust one of that legendary trio, and all three could be replaced in decades to come.

And the third question? We’ll have to save that for another time…

Hamilton could break Schumacher’s all-time victories record this year. Here’s a look at the history of the record and all the drivers who held it, from Juan Manuel Fangio to Jackie Stewart, Alain Prost and more.

165 comments on “Who was the greatest F1 driver of all time?”