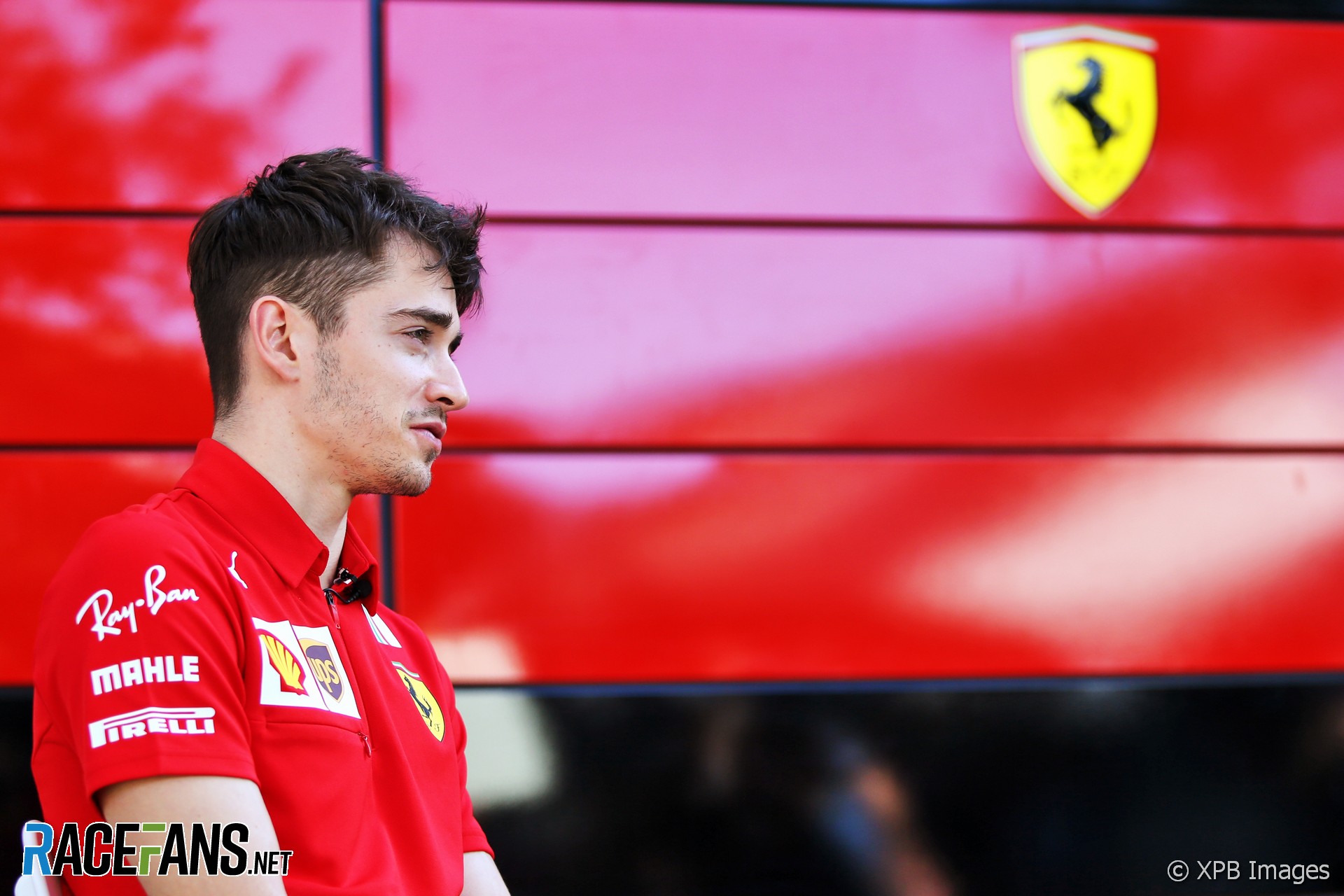 Charles Leclerc says his team’s rivals should accept the FIA’s reasons for not revealing the details of its investigation into Ferrari’s power unit last year.

Seven teams – all of those which do not use Ferrari power units – have criticised the FIA for reaching a settlement with the team despite admitting it had doubts over whether its power unit had been operated legally throughout 2019.

Leclerc, who scored his first two wins for Ferrari in Belgium and Italy last year, said he considers the matter “done” following the FIA’s statement.

“I fully trust my team, that’s for sure and I trust the FIA for making sure everything was OK,” he said. “So for me, it’s done and now I look to the future.”

Asked whether he understand why rival teams had concerns over the FIA settling the matter in secret, Leclerc said: “I understand yes and no, in a way.

“Yes, they also should trust the FIA for doing their work and I think it’s completely understandable that they don’t explain absolutely everything. Because there’s a lot of work also for us on all the parts and obviously if you make them all of this public, then you make all the work that a team has done public and this is for me, understandable.”