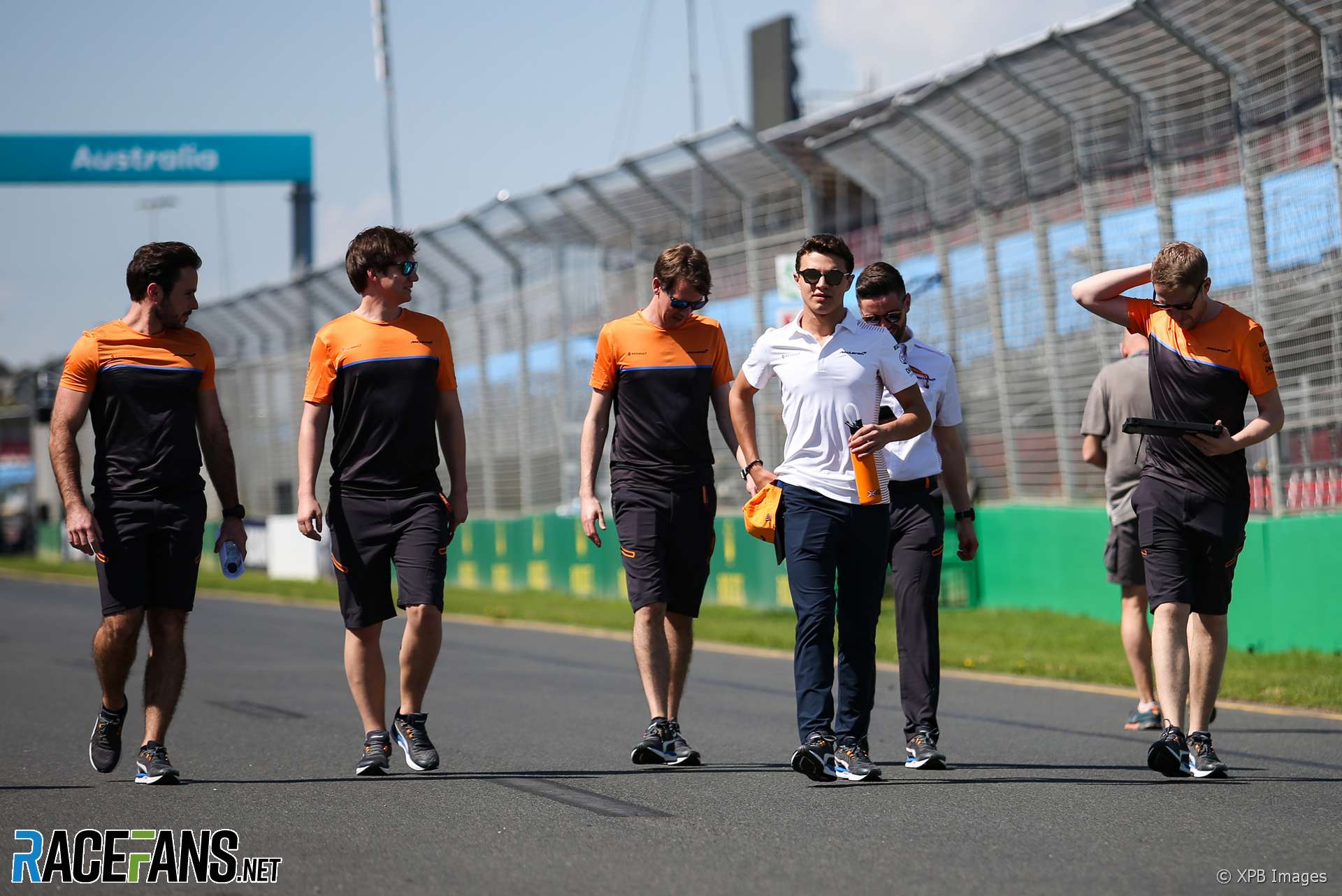 On Thursday morning in Melbourne it was still possible to say Formula 1 was Coronavirus-free.

Speaking to the media Williams deputy team principal Claire Williams gave her view on Formula 1 and the FIA’s contentious decision to go ahead with its season-opening race in Australia.

“It’s a situation that they are managing in close collaboration with the relevant authorities. And at the end of the day – and I’m not an expert on this – I believe here it’s up to the Australian government to make the final call.

“That final call has happened and we’re here racing. But as far as I’m concerned, there is no case of Corona in Formula 1. And so therefore we are playing it literally, probably, hour by hour.”

But a few hours later, that all changed. A McLaren team member tested positive for the Coronavirus and the team announced its withdrawal from the race. That swift, decisive action contrasted sharply with F1’s response, which came in a bland, non-committal statement.

Formula 1 has not been blind to the rising threat from the virus, which was officially designated as a pandemic by the World Health Organisation yesterday. Restrictions on interactions between team members and fans have been put in place along with hand sanitisation stations and procedures for testing.

The sport had already faced significant criticism, some from within its own ranks, since its arrival at Albert Park earlier this week.

Before McLaren’s withdrawal was announced Lewis Hamilton was the first driver to criticise the decision to carry on with the race. While most of his colleagues read from the predictable public relations script about trusting the judgement of those in charge, the world champion said it was “shocking” F1 intended to continue as normal.

His words grabbed the desired headlines. But his concern for the wellbeing of the older members of the paddock, such as Jackie Stewart, who are most at risk from the Covid-19 disease spread by the Coronavirus, was obviously genuine.

While Hamilton was clearest of all in his opposition to the race going ahead, Kimi Raikkonen indicated his view is well-supported within the paddock. “I don’t know if it’s the right thing that we are here, probably not,” said the Alfa Romeo driver, adding, “I think if it would be purely be all the teams’ decision we probably wouldn’t be here.”

If Formula 1 chooses to abandon its season-opener, it will have to jump through its own regulatory hoops. Per the rule book, the event has already started as the 20 cars originally entered for it passed scrutineering earlier on Thursday.

Further team withdrawals could allow for the swift cancellation of the event. Having lost McLaren, the number of participating cars has fallen to 18. Article 5.7 of the Sporting Regulations states “an event may be cancelled if fewer than 12 cars are available for it”.

But with the regional government preparing to meet tomorrow morning to discuss whether the race will go ahead, F1 may find the decision is taken for it.