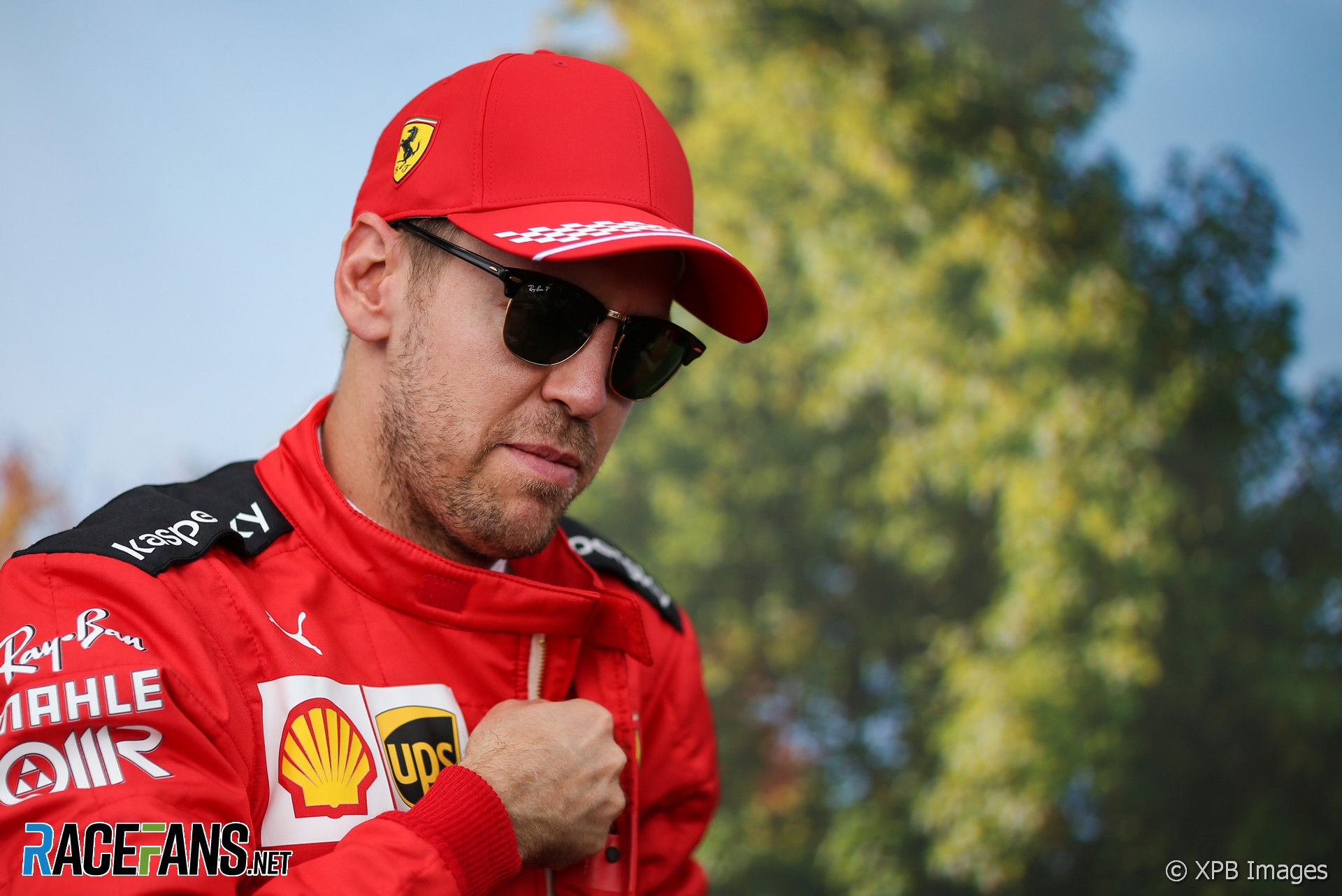 Sebastian Vettel and Daniel Ricciardo defended Formula 1 and the FIA’s decision to press ahead with this weekend’s Australian Grand Prix.

Lewis Hamilton said it was “shocking” the race is going ahead in spite of the virus, which was officially declared a ‘pandemic’ by the World Health Organisation yesterday.

Vettel and Ricciardo, who joined Hamilton for today’s FIA press conference, said they trust the sport and the governing body would make the right decision over proceeding with this weekend’s event, practice for which is due to start tomorrow.

Vettel said it was “very difficult to have a fair judgement” on the situation.

“Of course, you realise that a lot of sport competitions, big events get postponed and cancelled,” he said. “Like Lewis said it’s fair to question why you’re here.

“Obviously, we have to trust the FIA and FOM [and] to take precaution as much as I can. But I think the answer that nobody can give you at the moment is how much you can control what’s going on. So as a matter of fact, we are here so I think you just try to take care as much as you can.”

Vettel said drivers are in the privileged position of being able to control how far they come into contact with other people.

“To be completely straight, we are probably in a lucky situation, as in, obviously we’re exposed to people and so on, but I think we can largely control our own situation. Obviously, in the car, we don’t even have a passenger.

“What I mean is I think you try to control the situation for yourself first as much as you can. That’s selfish but I think everybody in this regard is selfish. So you see some people being more relaxed about handshakes, others less, some laugh it off. Some take it very serious.

“As I said before, my stand on it is that it’s very difficult at the moment to really categorise and say it is great. I don’t know if serious or not serious, but that’s why I think you have to ultimately put yourself into into other people’s hands and trust them. I think we all did getting down here. The flights weren’t cancelled, we were all allowed to travel, so we trusted whoever we flew with.”

Ricciardo, the only Australian driver in the race, sided with Vettel on the matter. “Honestly from my side I have to put my trust in the FIA.

“And also, I think, we may all have opinions, but at the end of the day I’m here to compete and race cars. I’m not really much more than that in this situation.

“There’s people who are spending more time investing in it than I am, I’m kind of just following guidelines. I came here knowing we were going to compete.

“So to be honest, I don’t want to say selfishly, but I just got my head down and focused on the race. I’ve been training and preparing, obviously getting a bunch of e-mails with guidelines and this and that. But I honestly haven’t spent too much time digging into details. There’s certainly people around me doing that.

“It’s a tough one. I know it’s real but I think as may be Seb touched on, I don’t know who knows really, at least in this room, we don’t really know the extent of it or how quickly it can spread, what level it’s at. It’s kind of left to the others for now. So it’s mixed. But the racer in me is happy that I’m here for sure.”