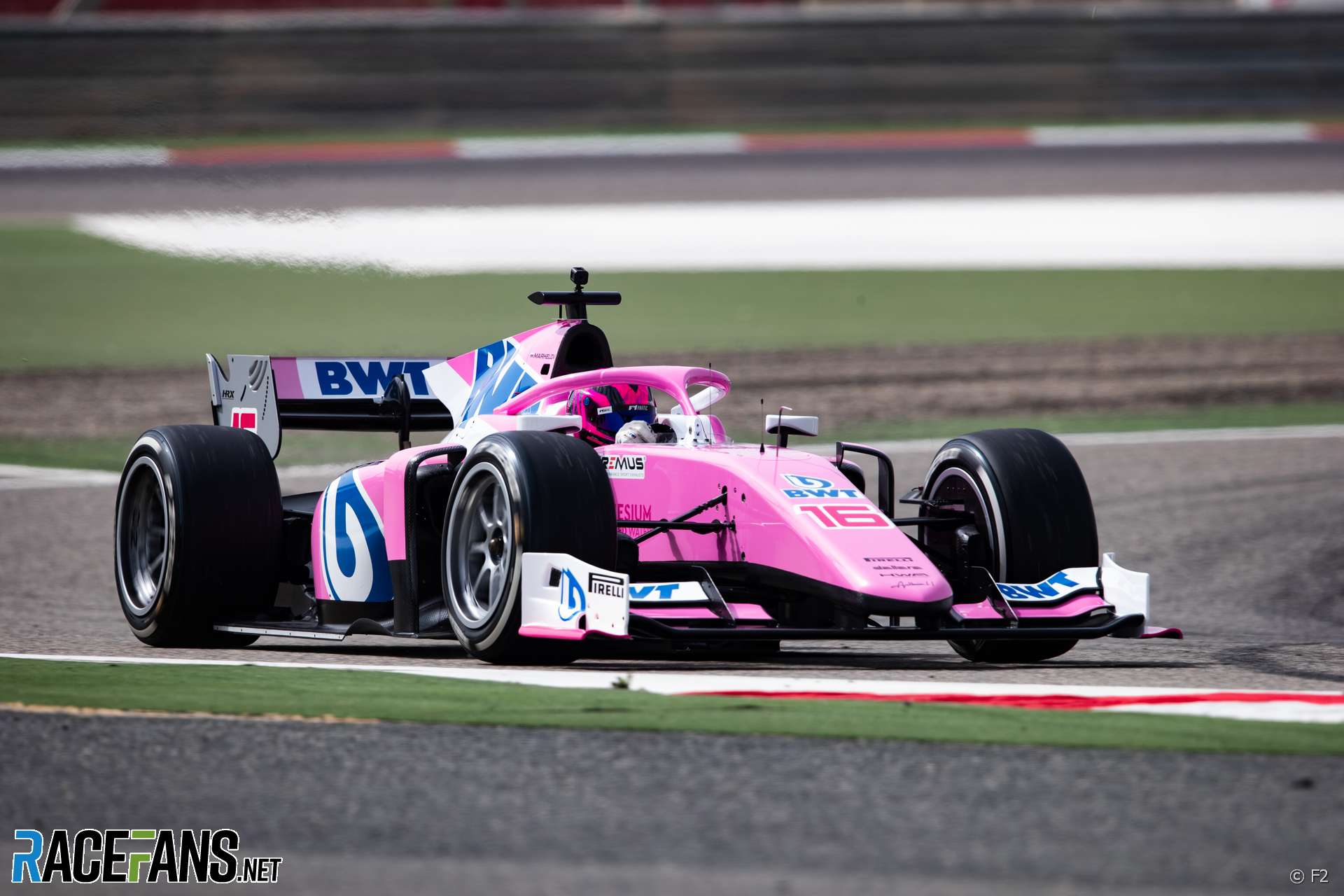 Formula 2 and Formula 3 have announced their planned season-opening races in Bahrain this weekend will not go ahead next weekend following the cancellation of the grand prix at the track.

Meanwhile Formula E has confirmed it will “temporarily suspend” its 2019-20 season after being forced to cancel several of its planned race dates due to the Coronavirus.

F2 and F3 were due to support the F1 race weekend at Bahrain International Circuit. The organisers previously hoped to avoid cancelling the race by holding it behind closed doors to reduce the risk of spreading the virus. But the decision not to go ahead with that race was taken shortly after attempts to hold the season-opening race in Australia this weekend were abandoned.

Bruno Michel, the CEO of F2 and F3, said the races have been “postponed” and they intend to “communicate a revised 2020 F2 and F3 calendar at a later date”.

“We’re sorry we have to postpone our opening round at the Bahrain International Circuit,” said Michel, “but of course the safety of everyone in our paddock and the fans has to come first.”

Formula E’s calendar has been seriously disrupted by Coronavirus, which has already led to race dates in China, Rome and Indonesia being abandoned. The series, which races exclusively on city circuits, announced today it has decided to “temporarily freeze races”.

“As a consequence of the suspension, it will no longer be possible to race in Paris and Seoul, or Jakarta as previously announced on the originally scheduled dates,” it confirmed.