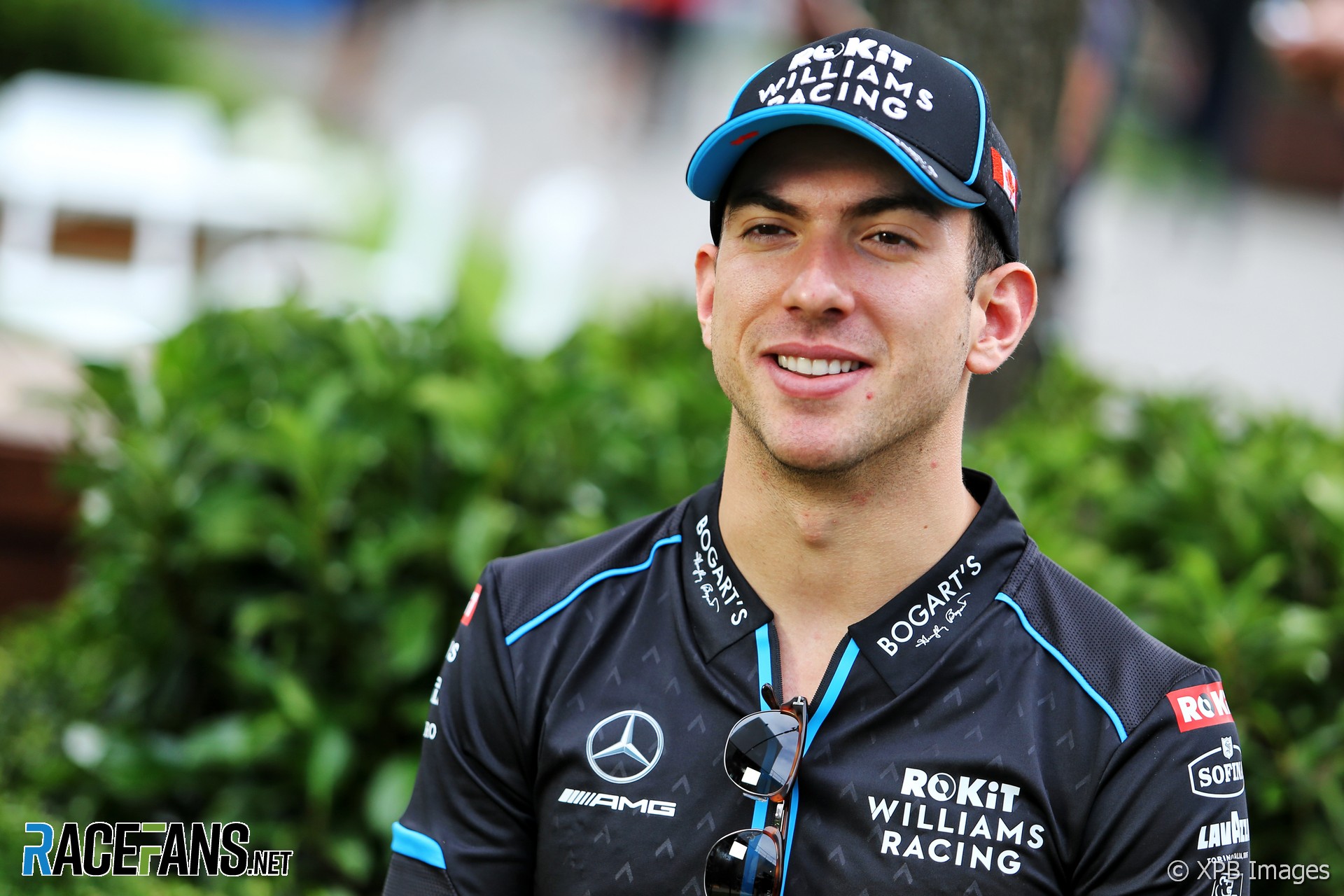 The 20 drivers who will take part in the first Virtual Bahrain Grand Prix have been announced. Here’s more on who will be driving for each team.

Following a superb GP2 career – second in his first season and an utterly dominant champion on his return – much was expected from Vandoorne in F1. But he had the misfortune to drive two of McLaren’s least competitive cars of recent years and lost his place on the grid when the team made sweeping changes at the end of 2018. He has since made a successful switch to Formula E.

Gutierrez spent two difficult seasons at Sauber in 2013 and 2014, then returned to F1 with Haas after a year away. However he was replaced by Kevin Magnussen after a point-less season. He went on to race in Formula E and IndyCar, and joined Mercedes’ simulator programme.

The 20-year-old Russian driver has been a member of Ferrari’s Driver Academy since 2018, and nbeat fellow FDA member Marcus Armstrong to the Formula 3 title last year.

A recent addition to the FDA, the Swedish karting ace joined the Scuderia’s junior team in January. Just 16 years old, he won the Italian and Swedish OK karting titles last year, but his debut in racing cars has been delayed due to the late start to this year’s championship.

Experienced GT racer Eng is a familiar face from the F1 support bill, having won the Porsche Supercup title on that soaked weekend at the Circuit of the Americas in 2015. The two-times Spa 24 Hours winner is now a works driver for BMW.

Sir Chris Hoy, 43, won six Olympic gold medals in cycling between 2004 and 2012. He then made a successful switch to sports car racing, winning the European Le Mans Series LMP3 class in 2015 with team mate Charlie Robertson.

The only current driver on the grid to have previously started an F1 race. Norris made his F1 debut for McLaren last year, and has won championships in F3, Formula Renault Eurocup and the Toyota Racing Series.

Lewis Hamilton’s brother is both a proficient gamer and a real-world racer who has competed in the British Touring Car Championship.

Having originally joined Ferrari’s Driver Academy in 2015, Chinese racer Zhou switched to Renault at the start of last year and is now their reserve driver. He was the highest-placed rookie driver in Formula 2 last year.

The 2010 and 2012 world golf champion, nicknamed The Postman, is known for his distinctive dress sense. The 44-year-old’s connection to Renault comes through their new title sponsor DP World, who he has an endorsement deal with.

World Superbike racer Salvadori is also a prolific creator of videos on YouTube.

Broadbent runs one of the largest simracing channels on YouTube. He specialises in iRacing, rFactor 2, Assetto Corsa, and Gran Turismo.

Losing his first F1 drive at Williams, despite taking pole for the 2010 Brazilian Grand Prix, set Hulkenberg’s career back, as did an ill-timed switch to Sauber in 2013. At Force India and Renault he came agonisingly close to a podium finish on several occasions, but never scored one, and was dropped at the end of last year. But he won the Le Mans 24 Hours with Porsche in 2015 at his first attempt.

Despite scoring a remarkable fourth place on his F1 debut in 1989 while still suffering the consequences of an appalling F3000 crash at Brands Hatch, Herbert’s initial entry into F1 was cut short. He got his break when he returned to his original team, Benetton, at the end of 1994, and won twice the following year. He added a third win at Stewart in 1999, but bowed out at the end of the following season.

After a handful of F1 starts with Minardi and BAR in 2002 and 2004, Davidson got a full-time F1 seat at Super Aguri in 2007. But the team collapsed the following year. Greater success awaiting in sportscars, however, and he shared the 2014 World Endurance Championship title with team mate Sebastien Buemi. He also had a hand in Mercedes’ F1 success as their simulator driver.

Williams’ regular race driver Nicholas Latifi should have made his second grand prix start today; as it is he is still waiting for his F1 debut. He was runner-up in F2 last year, the closest he’s come to winning a junior championship since graduating from karting.

A former member of the boy band One Direction, Payne is now a solo artist and released his first album at the end of last year.

The Virtual Bahrain Grand Prix will take place at 8pm GMT and will be streamed live on YouTube, Facebook and Twitch, as well as on other sports channels.