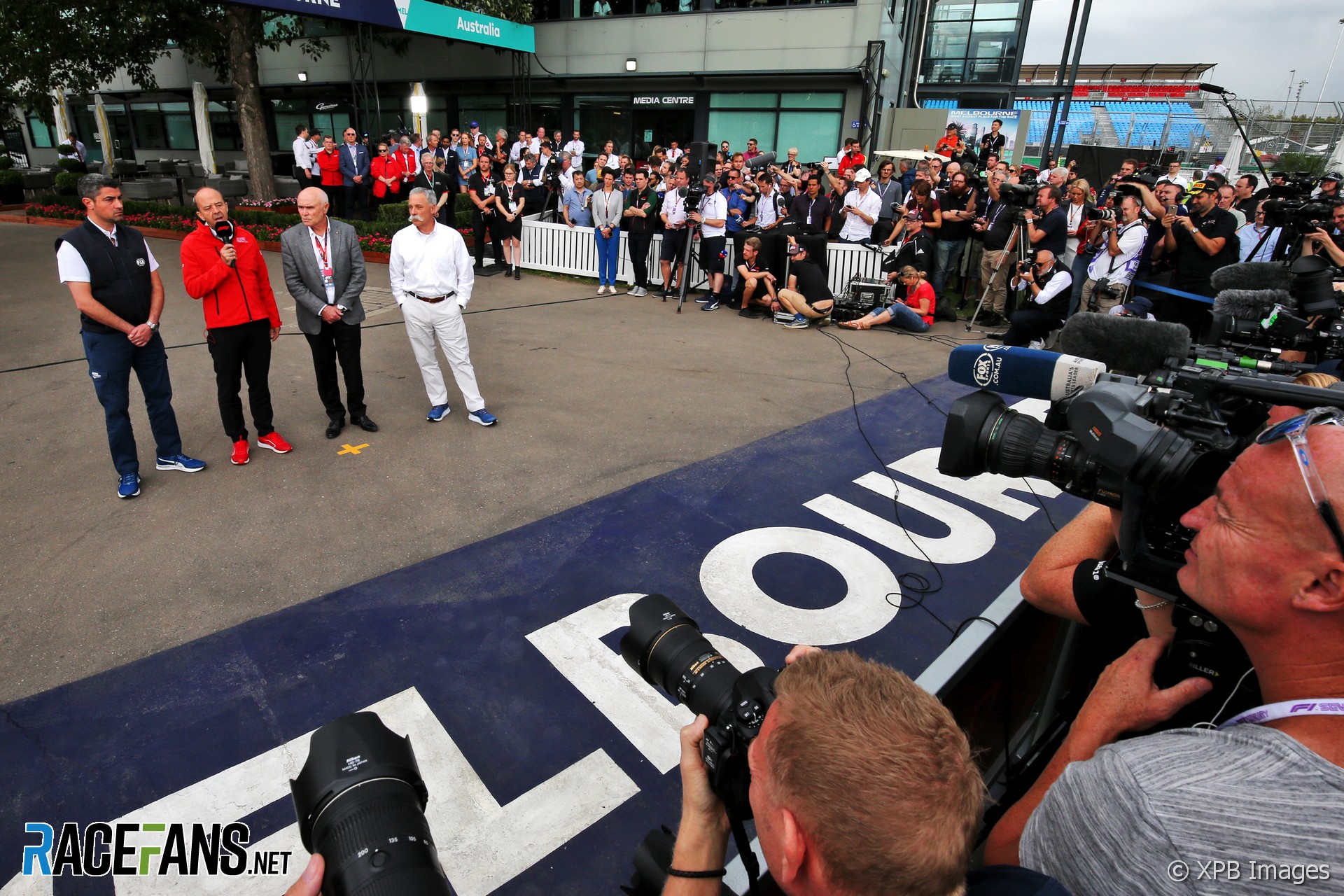 RaceFans asked Richards how well F1 handled the cancellation of the season-opening race in Melbourne:

To be honest I was surprised that they didn’t take an earlier decision about Australia. I think personally, it’s always easy to look from the outside and look in hindsight as well, but it did appear fairly obvious a week before Australia that the event was probably inappropriate and it would have been better for everyone if they had taken the initiative and cancelled it on the front foot rather than being almost forced into it at the last minute.

Invite received. I better get to work figuring this car out. pic.twitter.com/Hurv7VK6Wa

"What I'm saying is some stuff probably is fair, that we have the kilos. Other stuff? You can debate. But I think it's worth remembering it was a great feeling to have 600-620 kilos only. Now the minimum you get to is 750kg."

"If you ask me, I would love to be able to give all the details of the situation, but they (Ferrari) opposed."

"I was due to drive demo laps in a Renault F1 car at Kyalami on the Saturday, then judge competitions during the exhibition around the streets of Sandton on Sunday. Instead of that we were in lockdown at home and the weather was terrible so it wasn’t the weekend I had hoped for!"

Having attended events there several times and driven round the track I think its a terrible F1 venue. Too much altitude variation, one good straight but overtaking would be very difficult in a real race scenario.

Unless additional facilities have been added in the last two years the fan facilities are poor, traffic flow difficult.

It is in the middle of nowhere and the nearest real airport is in Faro 100 kilometres away and except for one on site hotel, the nearest good and plentiful ones are in and around Portimao and the road to that town is often in a poor state and low capacity.

Forget it for F1 but good for some lower level racing and some bike racing (but not my field, that, it’s what friends who are bikers have told me).

Not happy to say this as this area was my home for quite a while and its fantastic. But this was built at the height of the borrowing boom (followed by the bust we all remember) and the commercial planning was based on optimism not hard headed calculation.
Witan