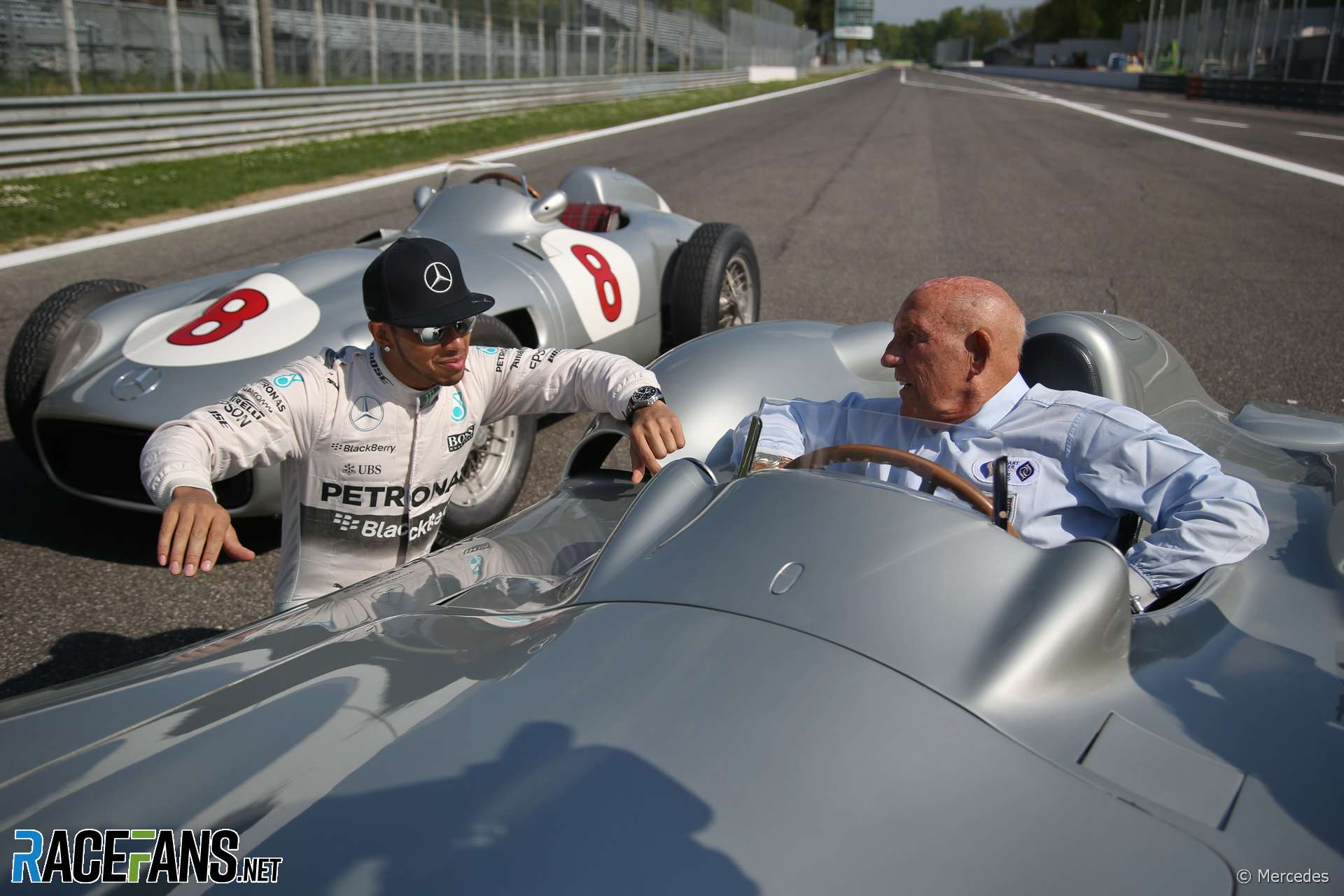 In the round-up: Lewis Hamilton talks about his memories of Sir Stirling Moss, who died on Sunday.

I’ve had great memories with Sir Stirling. Some of them have been here. But obviously [I] just read about his history because obviously I wasn’t watching when he was racing.

I had the privilege of meeting him multiple times and just saw this great man always walking around with… he had this walking stick that turned into a seat and he would sit on it while he’s talking to you. He always had great stories. The older generation used to talk about women as in ‘crumpet’, I never heard anyone else use it that way, that term.

Really just a great, incredible ambassador for the sport and for the UK.

In today’s RacingLines column, Dieter Rencken looks back at one of Moss’s most unusual race-winning cars.

Most realistic sim out there? @SimCraft. No question. Literally flipped last night going 215mph at Monza. Jokes aside, a minor defect in a non-SimCraft part failed and thankfully is covered under warranty. Replacement parts were overnighted and we’re ready to go back to racing. pic.twitter.com/aiv4yAHNyv

"He felt F1, which has seen the first nine races called off, should now scrap the entire season. Then the teams and race promoters would have certainty so they could plan and take action,"

"The first 2020 racing programme to fall victim to the COVID-19 crisis was revealed today as the Association SRT41 Garage 56 effort for the Le Mans 24 Hours was postponed until 2021 (subject to agreement from the ACO)."

'Beyond my wildest dreams' – Laura Winter on her F1 call-up and broadcasting career so far... (Motorsport Broadcasting)

"Suddenly I was standing in the paddock on day one of the Belgian GP at the iconic Spa-Francorchamps circuit. What started as a glorious weekend quickly became one of the darkest in motorsport’s history, with the tragic death of Anthoine Hubert in the F2 race on Saturday."

"In 1961, racing driver Sir Stirling Moss - who has died at the age of 90 - was named Sportsview Personality of the Year winner for his outstanding contribution to Formula 1."

Formula 1 is being shown up by IndyCar and NASCAR with its virtual series, says Hal:

Such a missed opportunity to both please (a bit) the partners/sponsors, keep the fans in the sport and potentially bring new fans to it. All of these points should be top priority to F1 and Liberty media.

Instead we have barely three to five F1 drivers present, no real TV commentators, and all that using a arcade-ish multi-platform game that does not have a proper online mode (nor technique).

F1 can be complex, with his worldwide organisation, but at the end of the day, it’s a question of willingness, belief and organisation that makes the difference. In in these lock-down time, it’s not like if people were overbooked.

Could you imagine? All F1 drivers plus a few guest stars doing a virtual F1 race on iRacing? And like in Supercars, every weekend you would have two races: one on a F1 classic track and one on a non-F1 track: Nordschleife, Elkhart Lake, Bathurst, Le Mans, Laguna Seca… I mean, come on, sign a deal with iRacing.
Hal

11 comments on ““He always had great stories” – Hamilton on Moss”