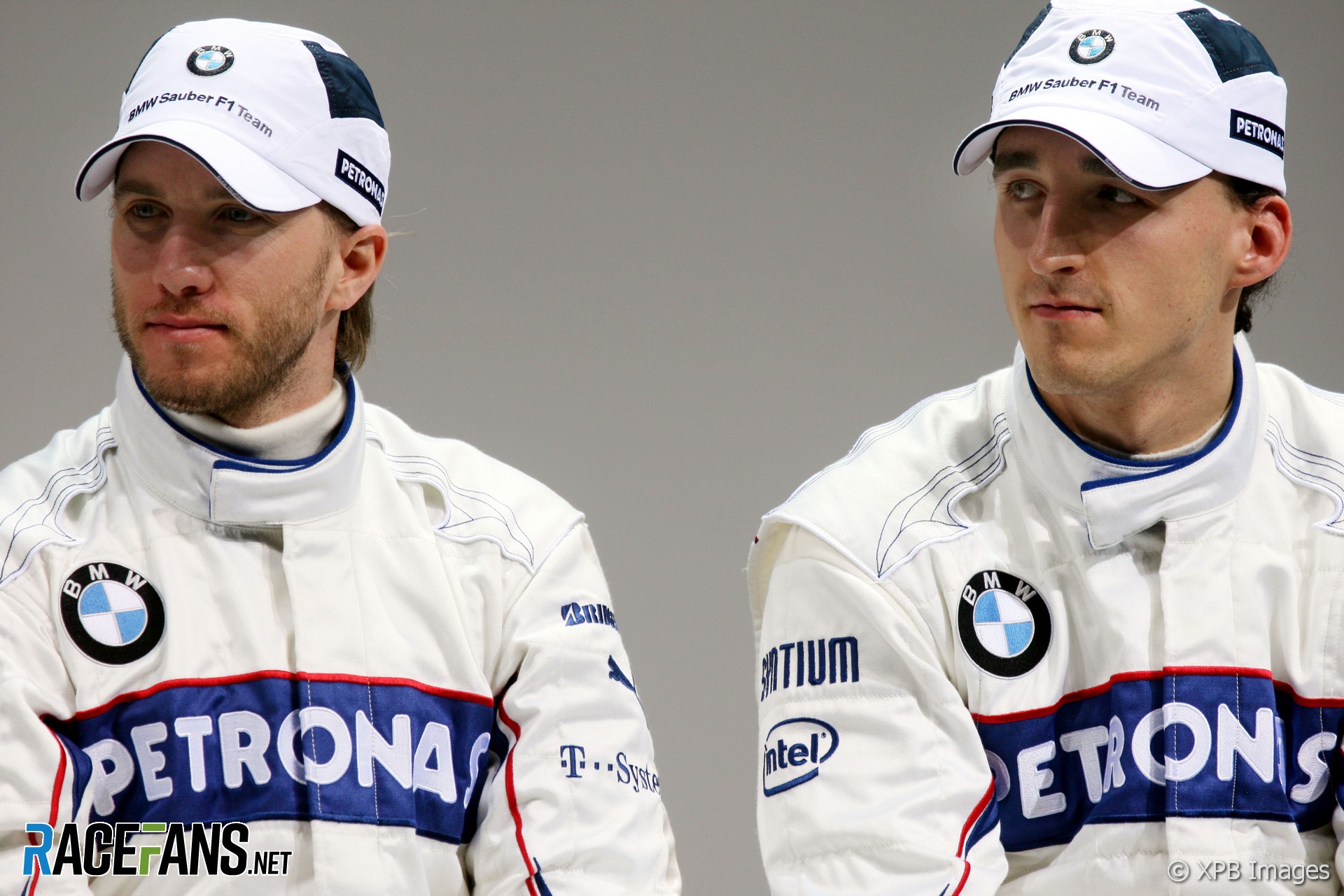 Nick Heidfeld says Robert Kubica was wrong to allege BMW gave him preferential treatment when the pair were team mates.

The duo raced alongside each other at BMW Sauber from 2006 to 2009. Speaking to the official F1 website, Heidfeld said he rated Kubica as his “most complete” team mate.

“He was the team mate I had the longest in Formula 1,” said Heidfeld. “I would say that he was the most complete of all the team mates I had.

But Heidfeld said he was unhappy with comments his rivals made about the team at the time.

“What I didn’t like about him, or maybe what was also for himself something not really helpful, is that he most of the time thought that the team was benefiting me over him because it was a German team, with BMW, and I was a German driver.

“I didn’t like it because he did put that out in the press quite often and I think it was simply not true, always saying the team prefers me over him and I get better whatever. That was not true.”

Kubica returned to F1 racing last season following an eight-year absence due to the horrific injuries he sustained in a 2011 rally crash.

Another of Heidfeld’s team mates, Mark Webber, questioned whether they received equal treatment. During the 2005 Monaco Grand Prix, Heidfeld got ahead of his team mate thanks to their pit strategies. The pair were driving for Williams, who at the time used BMW engines.

“They gave me the a better strategy for the pit stop call,” Heidfeld acknowledged. “There are various stories going around why that happened. I won’t go into detail.

“But I think if you look at the race it was not a bad decision because I came up behind Alonso and did one of the overtaking manoeuvres I’m most proud of,” he added. “I overtook him clean and then finished second.”

That was the first of eight second-place finishes for Heidfeld. His record for most runner-up finishes without ever scoring a win remains unbroken.