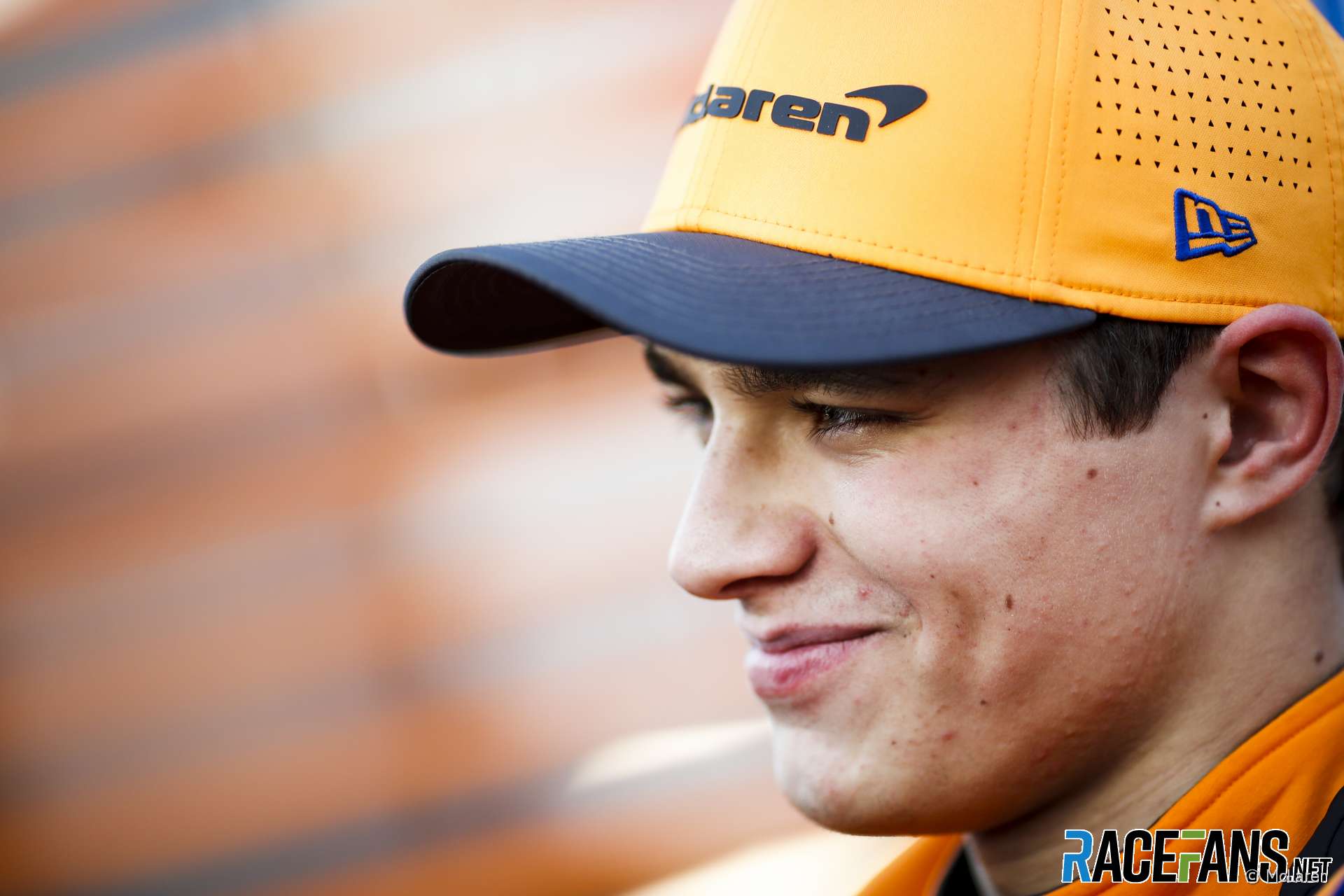 Lando Norris says he’s preparing for the possibility F1 will hold two races per weekend when the season finally begins.

The McLaren driver, who will compete in the iRacing IndyCar Challenge simrace for the first time today, said getting back into real cars will be a physical challenge after the long break since pre-season testing finished.

“It is a long break,” he said. “It’s going to be longer than our winter break almost in terms of us not being able to drive anything.

“The worst thing is the fact that we didn’t get to drive any car at all. Can’t be an F3 car, F2 car or anything. Everyone is literally stuck at home. The fastest thing we get to drive for real is our road car on the roads, which isn’t very fast. It is weird.

“I don’t know about the IndyCar guys, but for us there’s not going to be a test beforehand. From what I’ve heard so far we’re going straight into the race. The races are likely to be double-headers, two races in a weekend. Everything is going to be a lot more compact, kind of thrown at you a lot more. Usually we have the pre-season and testing to get into everything.

“With IndyCar, I’ve never driven one, but there’s no power steering so physically that’s one of the hardest things. From the F1 stuff, it’s more physical with the neck.

“It’s going to be a challenge no matter what, especially with the cars being quicker this year in Formula 1, taking another setup forward. It’s going to be physical, but it is every year, and that’s part of the challenge.”

However Norris said F1 must ensure it does not risk the safety of people in countries it races in when the season begins.

“The quicker we can get back to all of us working together and doing the job that we want to do, which is working together as a team, trying to improve the car, beat the other teams, I’ll start climbing the ladder even more to the top spots. We want to be doing that as soon as possible.

“At the same time it’s not down to us. It’s down to the safety of everyone else. Whichever track we might go to or we may go to, again I think [of] the people living there, the people which would be affected by a Formula 1 race.

“Of course, a lot of people want it. Formula 1 want it. The fans want it. There’s still a lot more people in the world which can honestly been affected by it. [But] if anything goes wrong, it can impact the sport in a big way.

“They’ve got to make a tough decision on how to do it, the logistics of everything, so on. I’m having fun as it is with what I’m doing. I’ve done a lot of races on a lot of different programs, esports events. I’m having a lot of fun.

“At the same time real racing is what I love the most doing. I live two minutes away from McLaren. I cycle there most days or I run past. It’s sad to see it in the state it’s in, literally with hardly anyone in there apart from the guys and girls that work on the ventilator project. It’s weird.”