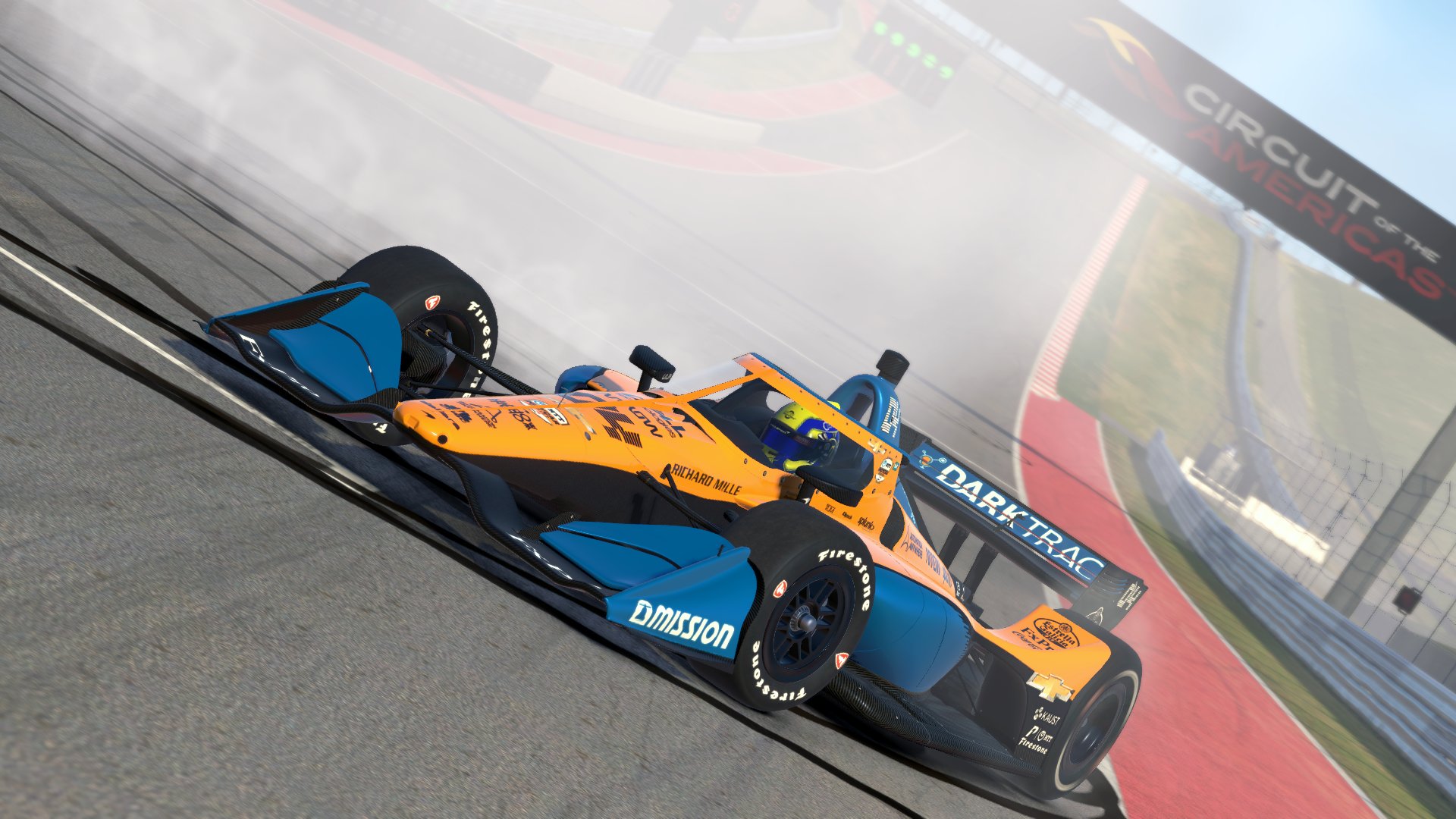 Lando Norris led a McLaren SP one-two on his debut in the IndyCar iRacing Challenge, despite a spin.

The McLaren F1 driver had the measure of the IndyCar field on his debut in the series’ iRacing Challenge – aside from a mid-race spin at the final corner. Norris had fallen into the pack following his pit stop prior to the mandatory caution period.

He made recovered quickly and his pursuit of victory was aided when Will Power, his early rival for victory, spun twice on his out-lap, dropping out of contention. Norris passed Marcus Ericsson and Scott McLaughlin to move into second place.

Pato O’Ward had by now assumed the lead but Norris closed on him at over a second per lap. When he got within range of the other McLaren, Norris’s engineer told him to ‘pit opposite’ to O’Ward, and he dived in.

That done, Norris now had to chase down Felix Rosenqvist, who was poised to inherit the lead. But as Norris bore down on him in the Esses, the Ganassi driver suddenly spun, forcing Norris to take evasive action.

Now back in the lead, Norris had one rival left to fend off: O’Ward, who had made a late pit stop for fuel and was catching quickly. But Norris’s vast reserve of iRacing experience saw him home comfortably, making him the fourth different winner in five rounds of the series.

Rosenqvist recovered to third ahead of McLaughlin and Santino Ferrucci. Power climbed back up to sixth placed and was followed in by Rinus VeeKay, Ericsson, Alex Palou and Josef Newgarden.