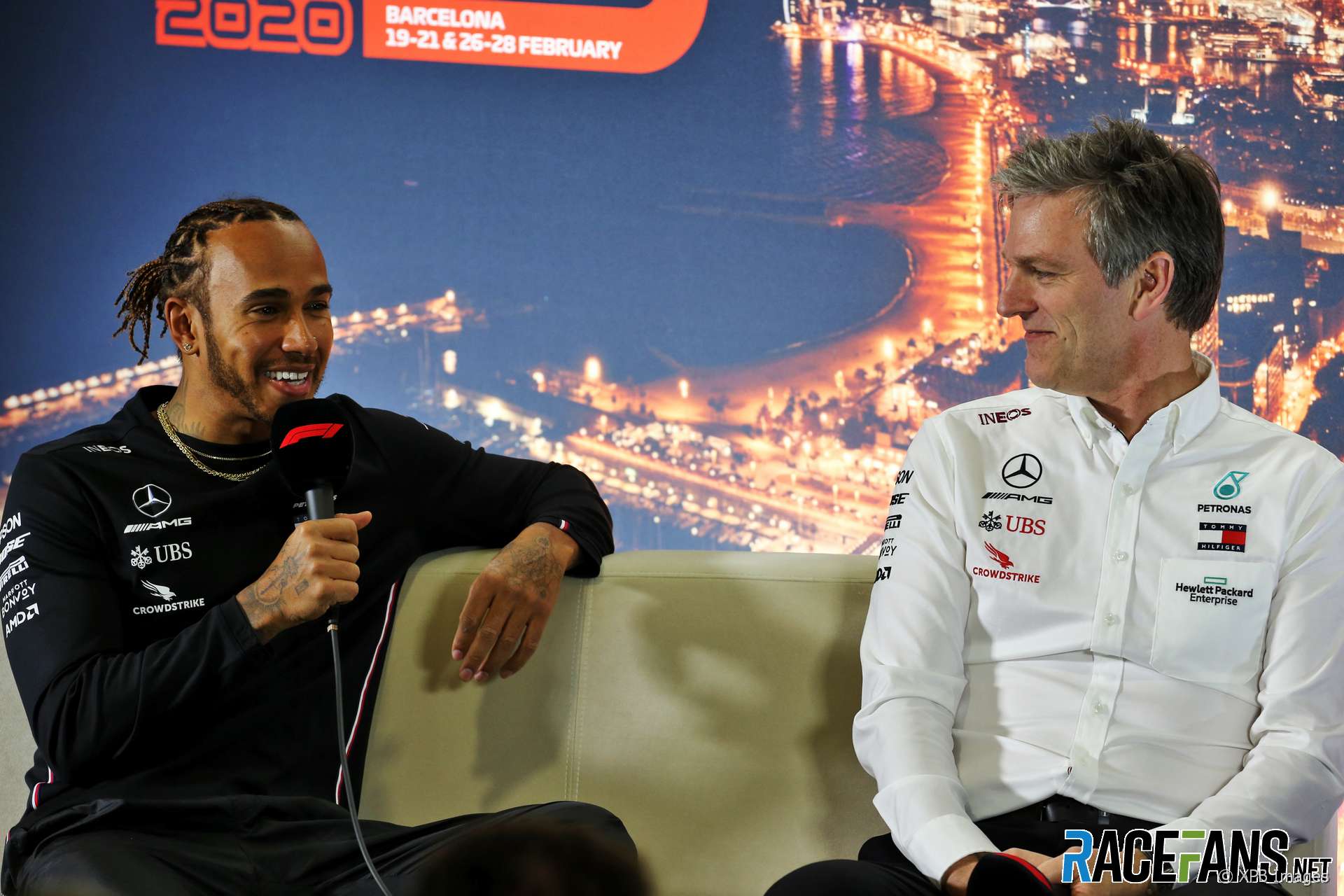 Hamilton’s integrity is one of his greatest attributes as a driver, Allison said in an interview for Mercedes.

“I was brought up in a forces household, my father was in the RAF, and I think that the armed services place integrity very high up on the totem pole of values. I know I certainly got that from my family background.

“I’ve been lucky to work with people who have had the highest integrity. And I do think that that is a characteristic that marks out Lewis.

“He’s one of the oldest drivers on the grid now. Still drives like one of the youngest. But in a career of multiple championships and countless wins you’ll struggle to find a moment on the track where you see Lewis do something ugly.

“You’ll see him do many, many breathtaking things, you’ll see him do brave things. But you won’t see just crude, dodgem car, bumper car stuff, or any sort of artifice to the way he drives.

“I hope that he manages to keep this going for the remainder of his driving career because it’s an utterly unblemished record. And I think amongst multiple world champions, it is also unprecedented to have to have all that success without anything that has even this sort of hint of a shadow of a poor sportsmanship hanging over it.”

Allison said he has also seen no indication that Hamilton’s raw speed is beginning to diminish with age. The 35-year-old, six-times world champion is due to begin his 14 season of F1 this year.

“The level of drive that Lewis has, and indeed all these multiple champions have, is quite staggering,” said Allison. “You can think you’re a competitive person, you can think you’re a driven person, and then you bump into someone who really is and you realise that actually you’re a sort of middle of the road lackadaisical drifter by comparison.

“I don’t know that it’s easy to compare the Fangio generation of driver to the current. There’s probably a lot more people doing it now than they were back then, it’s a more competitive market and the ability to judge the performance levels of the drivers is so much, so much higher than it was back in the day.

“I do think there comes a time where the drivers’ race craft is still incredibly strong but that last little extra-special something that gives them the qualifying genius starts to slip through their fingers. And I think one of the interesting things about Lewis is that’s still very much with him. I think he is blessed with extraordinary physical talents to go along with this mental dedication that is quite freakish.”