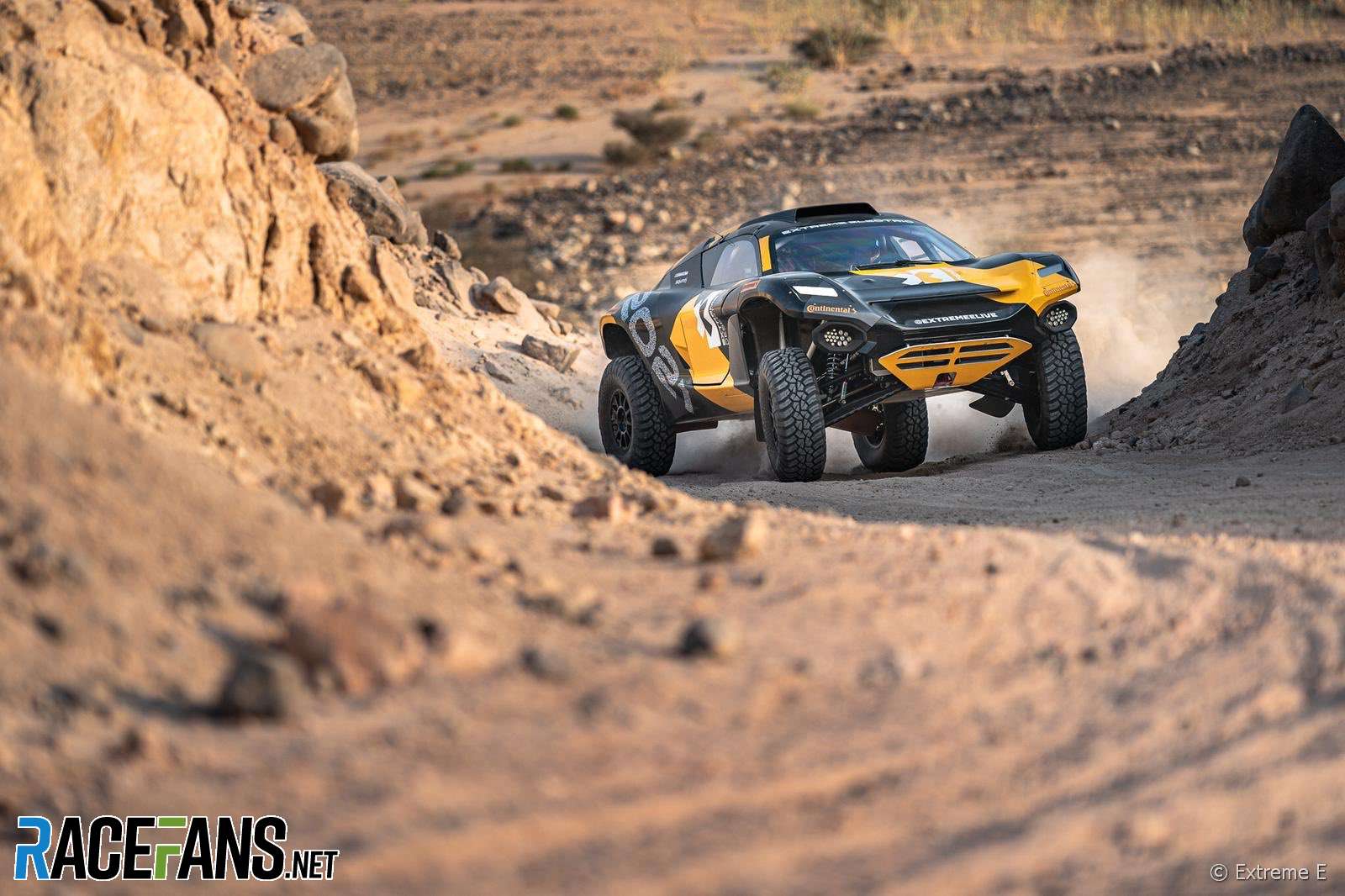 The new Extreme E series has claimed a first by announcing all teams must field male and female drivers in the competition.

Each member of the two-driver team will be required to complete one of the two laps around the courses.

Extreme E is due to launch next year. The championship was created by Formula E founded Alejandro Agag, and will pit teams against each other in identical 550bhp electric SUVs across a range of hostile terrains.

While mixed gender teams are not new to motorsport, this will be the first time a championship has required all teams to include male and female drivers. Agag said the championships is “ensuring with our sporting format that drivers of all backgrounds will be able to compete with the same tools at their disposal at every event on the calendar.

“We are striving for equality, and this sporting format is the truest reflection of that goal,” he said. “Everybody will race together and the most effective combination of drivers, team, engineer and car will rise to the top.”

Former rally driver Michele Mouton, now president of the FIA women in motorsport commission, said the championship will offer “a great opportunity for women and men to team up, compete together and against each other with the same material.

“Alejandro and his team continue to really support gender equality in our sport with concrete actions that help highlight the ability of female racers and give them a chance. It will be interesting to see the team line-ups as they are announced and I look forward to following season one when it starts early next year.”