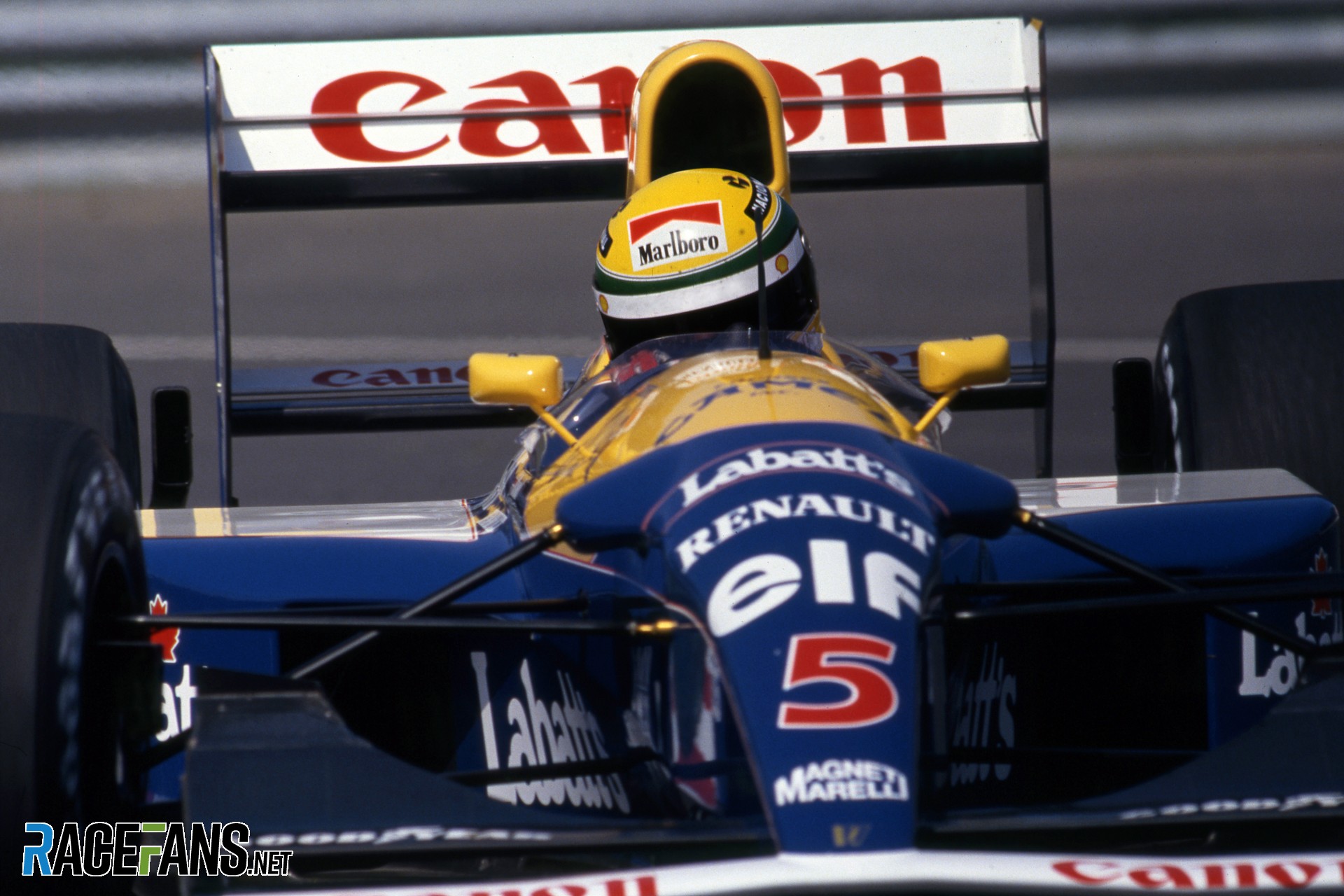 According to Jakobi, Senna turned down a contract offer from Williams in mid-1991, while on course for his third world championship victory with McLaren.

History shows a switch to Williams at this point would have been incredibly well-timed. As Senna realised during 1991, McLaren-Honda’s competitive edge was beginning to dull as they headed for their fourth successive sweep of the championship silverware.

Williams were in the ascendancy thanks to their improving Renault engines, superb Adrian Newey-honed aerodynamics, and growing mastery of sophisticated electronic enhancements such as active suspension. Nigel Mansell pushed Senna hard for the 1991 drivers’ title, only succumbing at the penultimate round, while the constructors’ championship fight went down to the final round.

Nonetheless Senna threw his lot in with McLaren for a fifth season in 1992, during which the suddenness of Williams’ ascendancy shocked him and the watching world. McLaren had begun 1991 with four wins in a row, but the following year Williams started with five on the bounce.

The Williams-Renault FW14Bs regularly put whole seconds on the opposition as they swept the front row of the grid, and Mansell won the championship in July. Rarely has one team shot so far ahead of the competition at a time when the regulations remained largely stable.

Senna made his decision to commit to McLaren at the 1991 Belgian Grand Prix, according to Jakobi. It was a pivotal moment in the championship. Senna had halted Mansell’s winning run at the previous round, and at Spa Honda engine upgrades powered him to pole position at a track where Williams had been expected to excel.

But what would have happened had Senna chosen Williams instead for 1992? And would he have accepted a berth alongside his nemesis and former team mate Alain Prost the following year?

Williams routed the competition in 1992. Famously, the FW14B proved so dominant the team didn’t even bother introducing its successor, the FW15, preferring to refine their next car for 1993.

Mansell won the title at a canter. Over the first 10 races he won eight times, finished second to Senna at Monaco after pitting due to a suspected puncture, and retired in Canada when he crashed trying to pass the McLaren. Second to Senna in Hungary sealed the title.

There’s little reason to doubt Senna would have achieved any less in Mansell’s car. Particularly given that Mansell began the year in less than top competition, having injured his ankle at the end of the previous year, and his team mate Riccardo Patrese was required to play second fiddle, most notably at the French Grand Prix.

The much more interesting scenario to contemplate is one excluded by Jakobi, who indicated Senna would have taken Mansell’s car: What would have happened had Senna and Mansell been team mates?

Given the acrimony which had passed between the two before, notably their collisions at Brazil in 1986 and Belgium in 1987, it’s no stretch of the imagination to suppose Senna versus Mansell at Williams could have been every bit as spectacular as Senna versus Prost at McLaren.

Williams’ technical superiority remained the following year, but their domination was blunted by a change in their driver line-up. Unusually, despite enjoying the peak of their supremacy in 1992, both drivers left the team during the off-season.

Patrese had already made arrangements to join Benetton when Mansell chose to leave the team rather than accept a place alongside the incoming Prost. Test driver Damon Hill, who had started just two F1 races up to this point, was therefore handed his debut.

Despite Williams still enjoying a significant performance advantage over the competition, Prost didn’t dominate the 1993 season as emphatically as Mansell did the previous year. An inspired Senna, wielding a McLaren now powered by a customer Ford Cosworth engine (and lacking the latest upgrades available only to Benetton), tied Prost 3-3 on wins over the opening six rounds.

The superiority of the Williams-Renault combination told over the balance of the season, and Prost took the title with two races to go (both of which Senna won). As Senna himself made clear at the time, he would have been in a far stronger position had he been driving what was by far the fastest car in the field.

As for what Senna could have achieved in 1994 and beyond, that will forever remain a matter of sad speculation, as he lost his life in that year’s San Marino Grand Prix. Despite having spent the previous two years trying in vain to beat Williams, he nonetheless amassed three world championships and 41 career victories.

For years we have wondered how much higher those tallies might have been had Senna not much such an untimely end. The realistic possibility he could have been a Williams driver two years earlier, and driven two of the most dominant cars F1 has ever seen, gives pause for thought.

But would it also have changed perceptions of Senna the driver? He is the sport’s most beloved hero, and part of that is bound up in his struggles against the odds in 1992 and 1993, particularly the latter season, when he produced some of his greatest giant-killing feats.

Arguably, if there was ever a drivers whose genius did not require cars as formidable as the FW14B and FW15C, it was Ayrton Senna.

28 comments on “What could Ayrton Senna have achieved at Williams in 1992?”