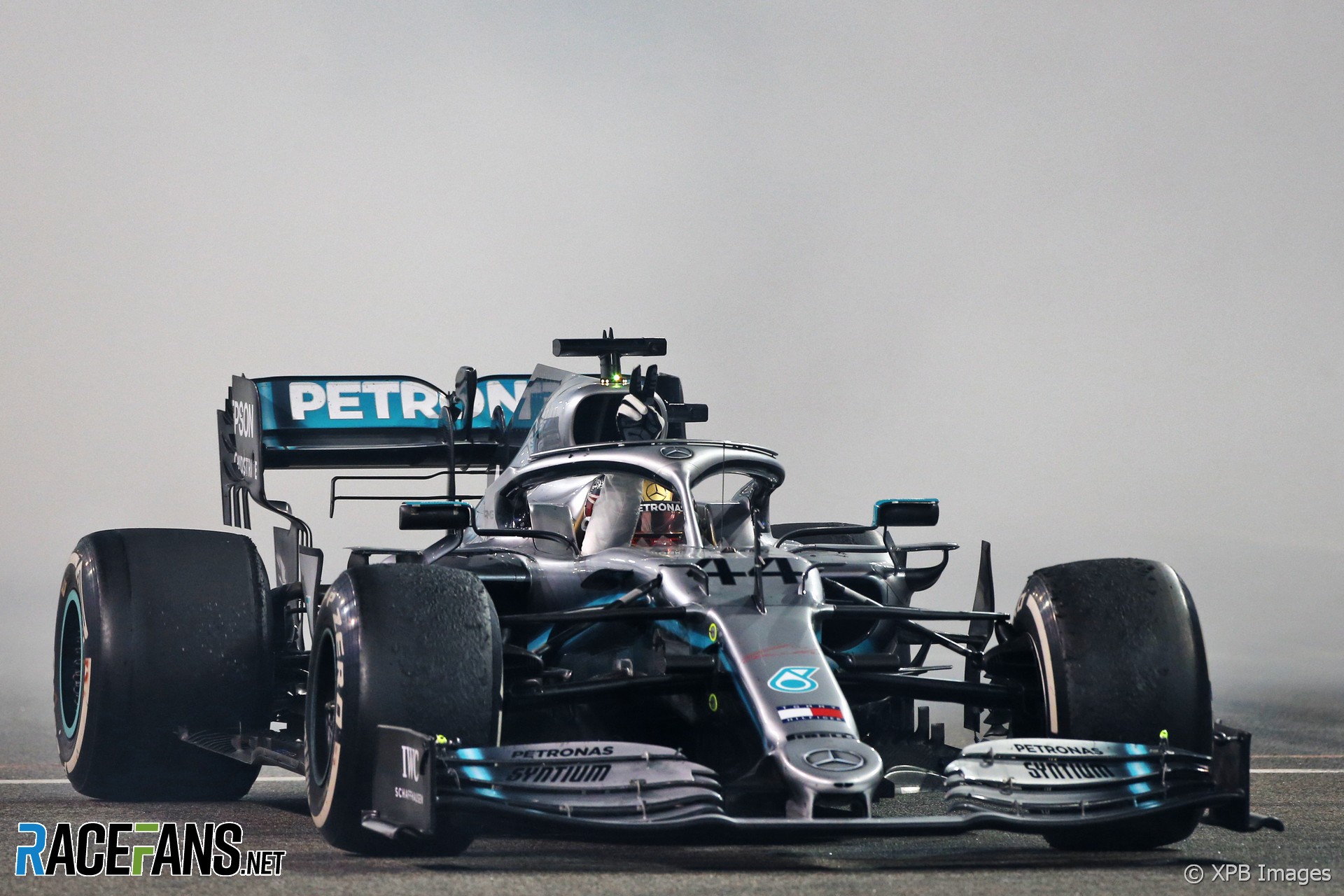 F1 racing may not have started, but there’s no stopping the stats. The unprecedented disruption to the 2020 F1 season has created several notable firsts. Though, inevitably, they do share a similar theme.

When 2020 began many wondered whether Mercedes’ title-winning streak might be halted by Red Bull or Ferrari. Few surely expected they would be stopped by something other than either of those two teams. Instead, it has taken a pandemic to interrupt Mercdedes’ winning ways.

It’s now 155 days since Lewis Hamilton signed off his championship-winning 2020 campaign with victory in the Abu Dhabi Grand Prix. This is the longest Mercedes have gone without a win since the current power units were introduced.

Their last longest win-less streak ran from the season-closing Abu Dhabi Grand Prix of 2017 to the following year’s Azerbaijan Grand Prix. The opening three rounds in 2018 were won by Ferrari (Australia and Bahrain) and Red Bull (China). Prior to that, you have to go back to the end of the V8 era for a longer gap between Mercedes race wins.

We’ll never know whether they might have been beaten by any of their rivals in the first five rounds on the 2020 F1 calendar which have already been called off, or the following five which have also been scrapped.

The season is expected to begin on July 5th. This will be the latest a season has started by more than a month:.The second running of the world championship began on Switzerland’s Bremgarten circuit on May 27th, 1951:

Austria will become the 11th different country to hold the season-opening race. This honour has fallen to Australia more than any other country – this year would have been its 22nd season-opener.

With the final length of the 2020 calendar unknown, it remains to be seen whether various anticipated milestones will be reached.

This is a particular concern for Ferrari, who named their SF-1000 “reflecting the fact that, at some point this season, the Scuderia will be the first team ever to take part in 1000 Formula 1 Grands Prix”, they said. That should have come at the ninth round of the season in Canada. However, with 10 races already called off, when, where and whether that will happen remains uncertain.

Nor is it clear whether Kimi Raikkonen will be able to make the 11 race starts he needs to surpass Rubens Barrichello’s tally of 322 which make him the most experienced racing driver in the history of F1. Not that Raikkonen will be at all bothered, as he made clear on the many occasions he was asked about the record last year.

The reduction in the number of races from 22 to some unknown number also raises question marks over whether Lewis Hamilton will have enough time this year to surpass Michael Schumacher’s record for most career wins. Hamilton is on 84 to Schumacher’s 91.

Assuming the season does begin as scheduled in Austria, 217 days will have passed since the previous round. This will be the third-longest gap between races in F1 history.

After a wait that long, the sight of Mercedes winning a Formula 1 race may even have regained some novelty value.